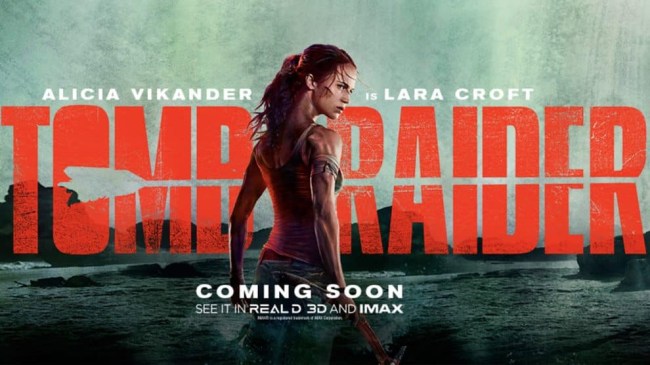 Remember how Alexander Skarsgard became a completely ripped physical specimen for The Legend of Tarzan? And remember how Professor X, James McAvoy, suddenly became swole AF for his role in the follow-up film to Split? Yeah, well, the same trainer, Magnus Lygdback, who put those two guys through some seriously rigorous training for their parts is also the guy who put Alicia Vikander through hell in training to play Lara Croft in Tomb Raider.

In fact, according to Lygdback, who trained Vikander for seven grueling months (and will train Gal Gadot for Wonder Woman 2 next), told USA Today that Vikander got in such good shape that she did even better than getting a six pack of ab muscles.

“You don’t see that too much in the movie, but she’s got an eight-pack,” said Lygdback. “I’m really proud about her core.”

Here’s some of the workout program and diet that Lygdback put Vikander through to become Lara Croft, according to Self.

Vikander hit the gym with Lygdbäck seven days a week in the months leading up to shooting, cycling through different workouts like MMA, rock climbing, and even archery. First, he had Vikander spend two months focusing on a diet and exercise regimen that would help her put on muscle. Lygdbäck previously told SELF that he started Vikander on her nutrition plan seven months before filming. He also sent her video workouts to help her get started on weight lifting before they started ramping up her training.

Four months before filming, they started training together full time. Two months out, they shifted to focus on shorter workouts, like 30 minutes of HIIT in the morning, and 45-minute gym sessions in the afternoon, Lygdbäck told SELF.

Vikander also focused on her nutrition, following a protein-rich plan. According to the Hollywood Reporter, a sample breakfast was four eggs with half an avocado; a sample dinner was beef, chicken, or fish with one serving of carbohydrates like brown rice or a sweet potato. Her snacks were all protein-based, like beef skewers or sashimi.

They even filmed a large portion of Vikander’s training with Lygdback over a five-week stretch just to show us how insane her workouts were.