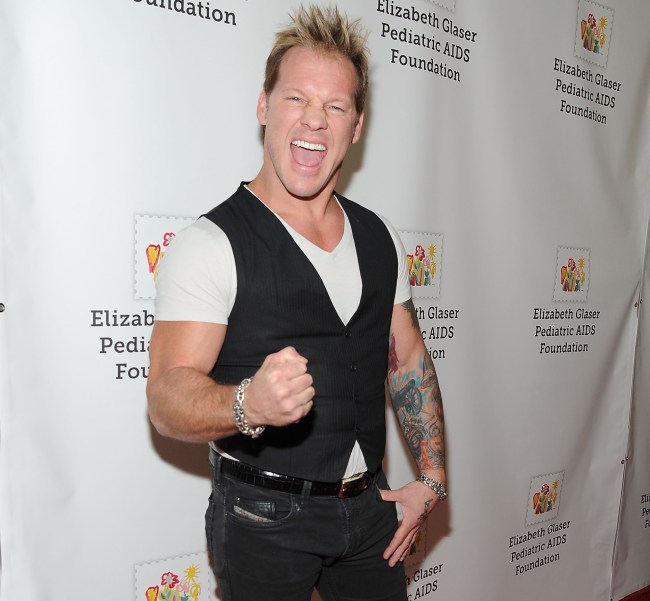 Chris Jericho has been wrestling professional since 1990. He is a six-time WWE world champion. He’s also 46-years-old now. And yet, 27 years later his body is still in good enough shape that he won the WWE United States Championship in 2016.

So how does he do it. It’s not like he isn’t busy. In addition to wrestling, Jericho also has a very successful podcast, he tours around the world with his band Fozzy, and he even writes best-selling books.

In fact, he has a book that just came out titled, No Is a Four Letter Word: How I Failed Spelling But Succeeded in Life. So as Jericho has been making the rounds promoting his new tome, he sat down with Business Insider and explained how, even as busy as he is, he still manages to stay in good enough shape to do stuff like this at age 46…

How do I do it? It’s not like I’m in the gym five hours a day. Hell, I don’t even hardly go to the gym anymore. I love, you know, riding my bike long distances, but other than that, I think it really is a personable trait. Like, the “Gene Simmons Principle” is “always look like a star.” AKA always look your best. Always try to do something that makes you look a little bit better and a little bit of bounce and pep in your step.

A few years ago, I did the Paleo diet or the “Caveman diet.” All you do is just eat berries, nuts, meats, eggs, stuff that you can cull from the land. It’s great. Works like a charm. But after about four or five months, you start losing your mind. It’s like “is it really worth it?”

You don’t need a diet book or a doctor. Just be smart, man! Don’t eat sh—y food! That’s basically it! And if you do, don’t make it a habit.

Soooo… don’t jam stuff like McDonald’s, doughnuts and ice cream down my throat every day? Got it. Thanks, Chris!

Check out his entire take on the matter below…