#Affiliate Partner
BroBible may earn a commission if you buy a product or service via links in this article.
by Cass AndersonOctober 8, 2021
Facebook Twitter Reddit Flipboard 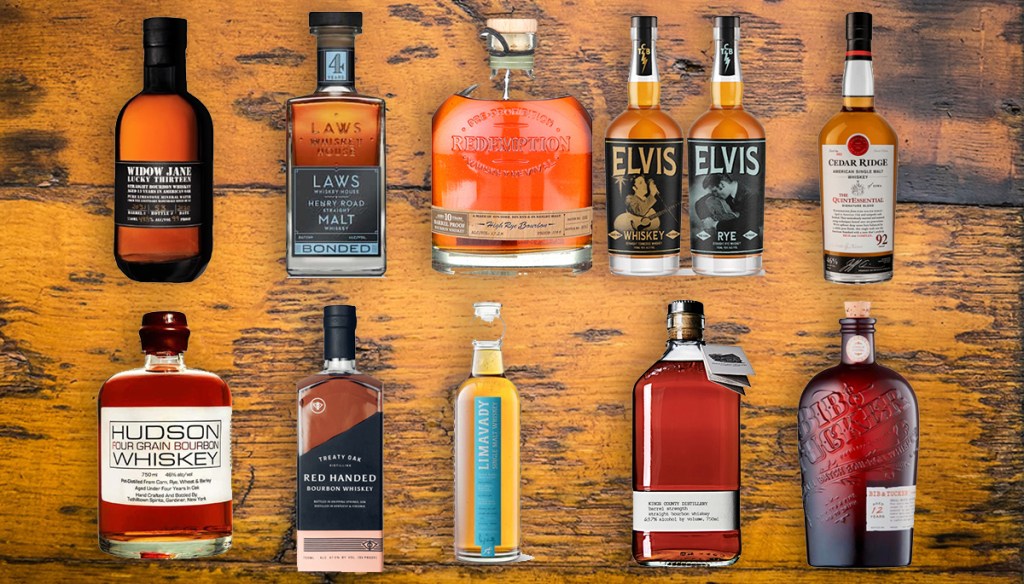 October is one of my favorite whiskey-drinking months of the year. I tend to shy away from single malt when the either is scorching hot but we’ve moved away from that and we are living in this stretch of near-perfect weather. I wanted to put together a collection of the bourbons, single malts, and Irish whiskeys I’m drinking this month so you guys can see what’s out there.

These aren’t the only whiskeys I’m drinking right now but they’re the ones me and the fellas here at Brobible had jotted down. These bourbons and ryes are right for the moment. They range in price, ABV, and availability but like finding a pot of gold at the end of a rainbow each of these whiskeys offers a handsome reward if you seek them out.

The Widow Jane Lucky Thirteen was first announced in late August and it was personally hand-picked by Widow Jane President and Head Distiller Lisa Wicker after being aged in American Oak for 13 years, as the name implies.

Lucky Thirteen treats drinkers with black tea, brown sugar, and vanilla on the nose. The palate is rich with orange peel, walnuts, and burnt sugar. There’s a trickling finish of dark cherry and caramel corn which is perfect for the season.

The Laws Whiskey Bonded Henry Road Straight Malt Whiskey hit shelves in September with a suggested retail price of $74.99. This whiskey from Colorado’s award-winning Laws Whiskey House is the second release of Bonded Henry Road and as the name implies it meets the standards of the Bottled in Bond Act of 1897. True to the laws, this whiskey uses grain from a single harvest season, whiskey made by only one distiller, and it’s aged at least 4 years in a government-bonded warehouse.

This special whiskey was aged in 53-gallon #3 char American Oak Barrels since 2016 and it’s available in various parts of the country but not in every state. 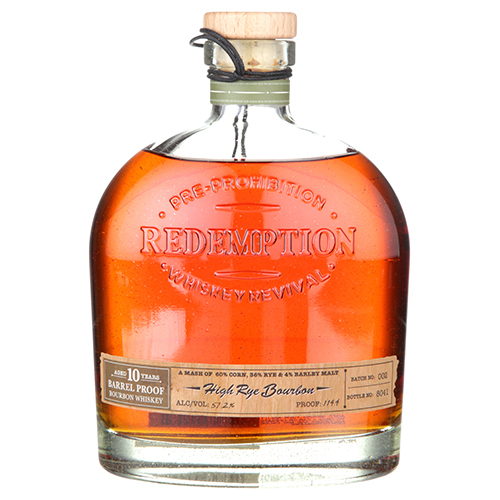 Over the past couple of decades, more and more American distilleries have started making up for lost time and made some impressive strides when it comes to perfecting the art of the rye whiskeys that were long associated with Canada.

That includes Redemption Whiskey, which has been pumping out some impressive bottles under the guide of Master Blender Dave Carpenter, who traded a distinguished career in the culinary world for one where he could use his refined palate to whip up some great rye-centric creations.

Redemption is probably best known for its flagship rye, which is a fantastic bargain you can sip neat but won’t feel bad about deploying in a cocktail. With that said, the 10-Year-Old High Rye Bourbon is easily the crown jewel of its current lineup, It features citrus and mint notes complemented by the oak you’d expect as well as a spiciness elevated by an ABV that doesn’t come close to tasting as high as the number on the bottle. 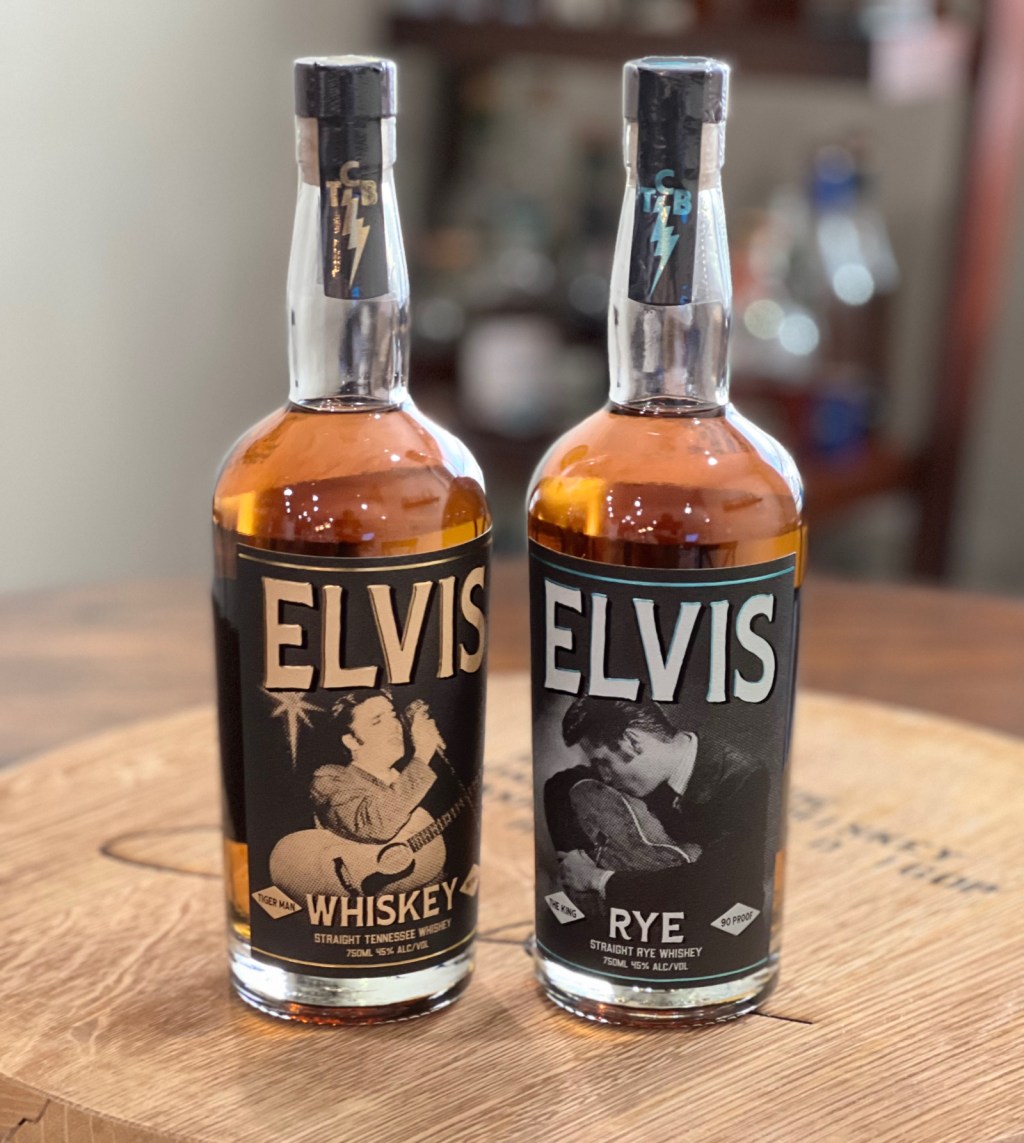 These Elvis Whiskeys are brilliant for so many reasons. Elvis had a million nicknames and the imagery surrounding him is iconic. When I saw these bottles I knew they were onto something great.

There are two whiskeys in this new release, Tiger Man and The King (a Straight Rye), both retail for $49.99 on the Elvis Whiskey website. Tiger Man features a mashbill of 80% Corn, 10% Rye, 10% Malted Barley and measures 90-proof. It has a sumptuous caramel gold color and flavors of sweet corn, apple, toasted maple, and creme brulee. The King Straight Rye has a mashbill of 95% Rye, 5% Malted Barley and is also 90-proof. You’ll find some pepper on the rye, butterscotch, vanilla, and a complex finish.

The first thing that grabbed my attention about the Cedar Ridge The Quintessential American Single Malt is it’s from Iowa. I don’t find time to eat or drink many things that came from Iowa and I might need to change that after sampling this.

The Quint Family which owns the Cedar Ridge Distillery has been producing alcohol since the 1600s (primarily wine) which means they’ve got A LOT of barrels around and centuries of passed-down knowledge. The Quintessential American Single Malt is first aged in ex-bourbon barrels before being finished in barrels which previously held “brandy, rum, wine, port or sherry” but they’re not done there. The last step is the whiskey being “married into the distillery’s oak solera vat for a final rest.” 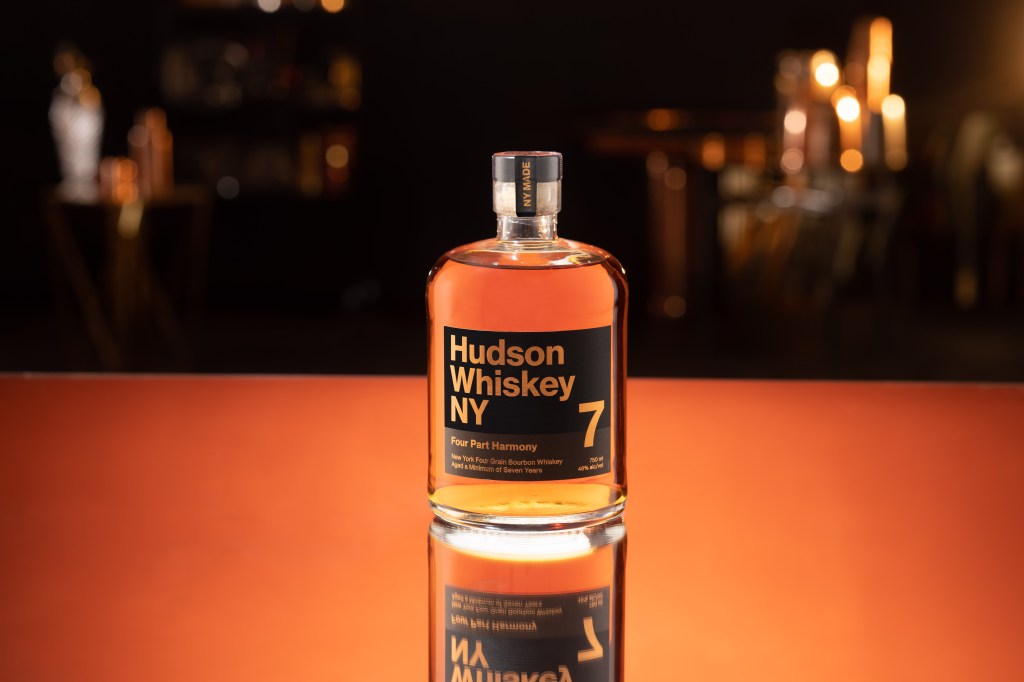 Hudson initially made a name for itself with the “Baby Bourbon” that managed to pack an impressive punch for the amount of time it spent in the undersized barrels it spent less than a year in, but the distillery has reached a point where it’s all grown up.

Last month, Hudson dropped its oldest offering yet in the form of Four-Part Harmony, a delicious liquid aged for a minimum of seven years boasting a mashbill of 60% corn, 15% rye, 15% wheat, and 10% malted barley—all of which are sourced from a nearby farm in upstate New York.

Four Harmony might be hard to track down based on the limited number of bottles that were released, but if you’re looking for the next best thing, Hudson’s Four Grain Bourbon will check basically all of the same boxes.

Whenever I see ‘2-year Bourbon’ listed my curiosity goes through the roof. It’s very intentional, that age statement. So much of whiskey’s flavor these days comes from aging it in the barrel but clever master distillers swing for the fences with ambitious mash bills that pack in the flavor. This is actually a blend of a 2-year-old and a 4-year-old whiskey so it’s not all 2-years but the complexity here was awesome.

Also, this came from Treaty Oak Distilling in Dripping Springs, Texas and I personally feel like Texas gets lost in the whiskey discussion a lot while still producing some high-quality whiskeys. They didn’t make the whiskey themselves, though, it’s all about the blending here. The whiskey was sourced from Oz Tyler Distillery and Davis Valley Distillery in Virginia.

My favorite Rye producer on the planet, WhistlePig, just expanded their portfolio by bringing Limavady Single Barrel Irish Whiskey into the fold. I haven’t sampled this one yet and it’s the only one in this roundup I haven’t tried but honestly, WhistlePig can do no wrong in my mind. Everything they touch turns to liquid gold.

Limavady traces its origins to 1750 in Ireland. The modern iteration is made with 100% Irish barley and triple distilled in a copper pot still before it’s aged in ex-bourbon barrels and finished in PX sherry cask which imbues the spirit with dried fruit and spice on top of the vanilla. 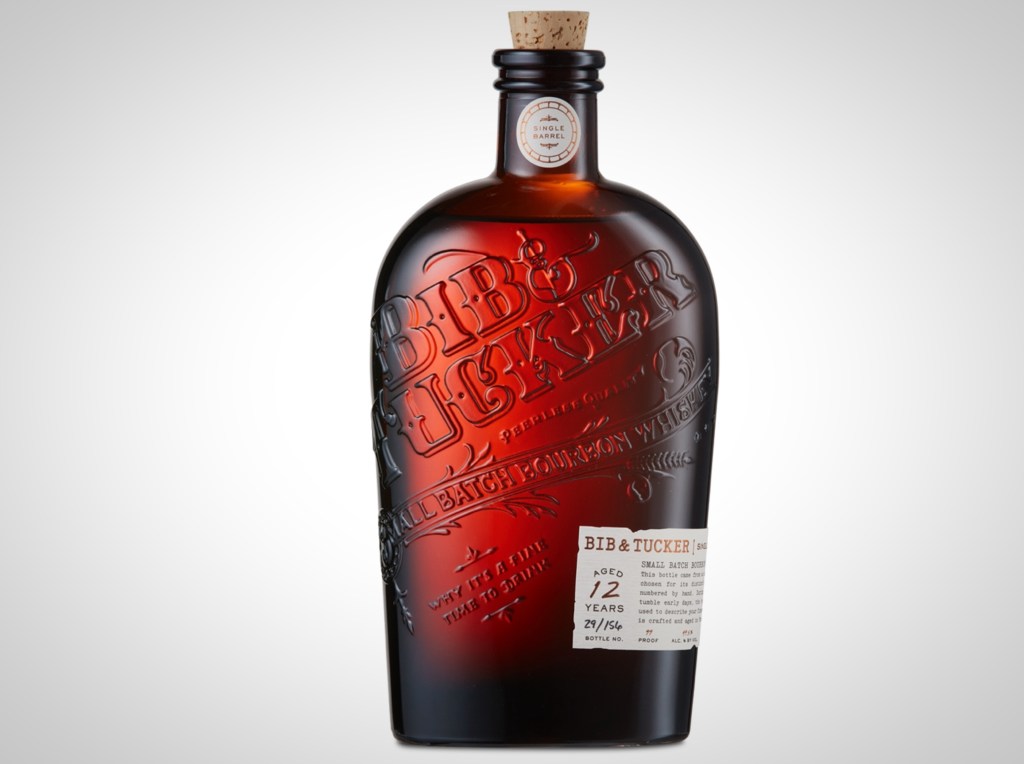 Bib & Tucker’s wares are a nod to the whiskeys that began to emerge in America toward the end of the 19th century; a pivotal era when more discerning drinkers started to seek out more refined versions of the spirit as opposed to interchangeable bottles of brown liquor.

The highlight of the catalog is the 12-Year-Old Single Barrel Select, which spends a dozen years chilling in a warehouse in Tennesse while the area’s unique climate does its thing. The result is an almost sweet and noticeably oaky sip that’ll warm you right up.

I just got my hands on a bottle of Kings County Barrel Strength from Seelbachs which clocks in at 75.4% ABV (150.8-proof) and while I haven’t had a chance to sample it yet because it arrived only moments ago I have the highest of hopes for this rare spirit. Featured here is the Kings County Barrel Strength from Batch #14, a 4-year age statement with whiskey in the blend aging 5.7 years.

The nose is rich with brown sugar, marzipan, caramel, and vanilla. There are also notes of black pepper, toasted oak, clove, and leather. Kings County has won a Gold Medal at the San Francisco World Spirits Competition this year and has previously won medals in 2019, 2018, 2017, and 2016. They’re that good. So check this one out online at Seelbach’s!