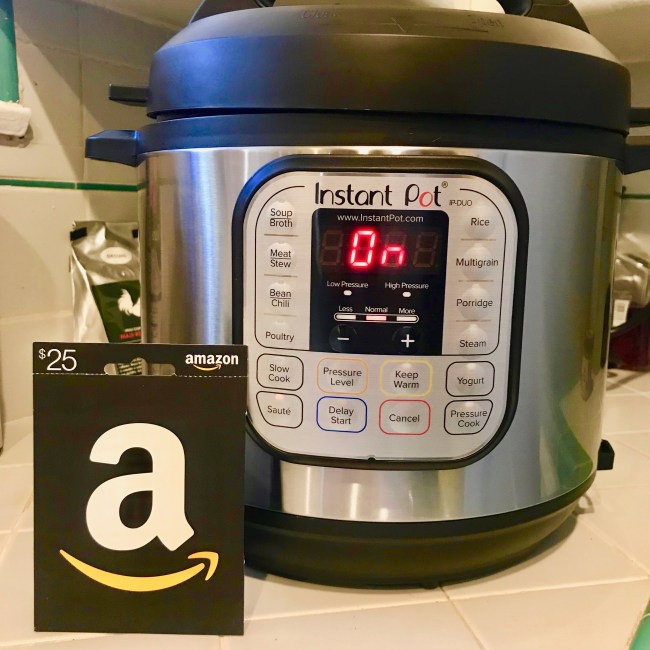 New year, new you, right? Something like that. If you’re anything like me, you’re spending the first days of 2019 look for creative ways to spend those Amazon gift cards you received over the holidays.

Day-to-day life isn’t getting easier in 2019, so you might as well put them to something useful that’s going to make your life easier and save you money, in the long run.

Heres a list of essentials that can help you out in the long-run. Shop wisely, friends. 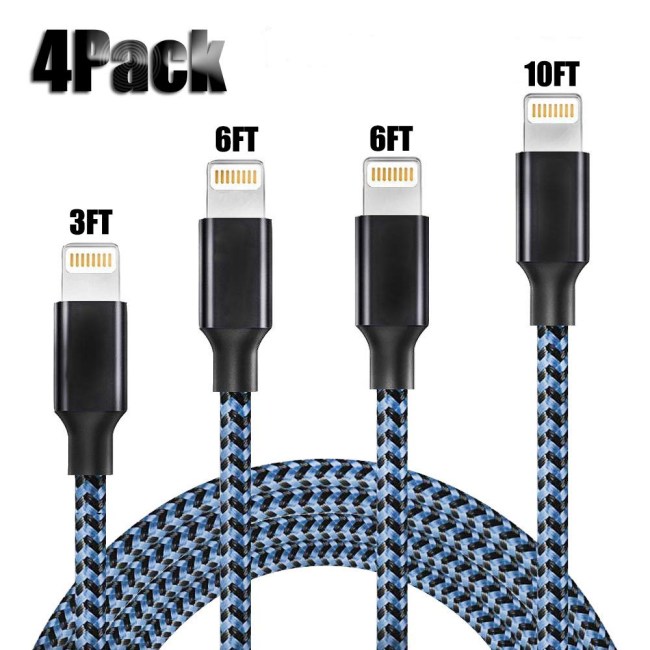 This is the single simplest upgrade I made last year: Buy extra long charging chords and have them stashed around the house EVERYWHERE. Not to rush to judgements, but I genuinely think you’re a crazy person if you’re still using the little three foot chord that comes with your iPhone to charge your device. Cords are limiting by nature. Sometimes you just want your phone to be in reach even when you’re down to 3% and plugged into a wall.

I’m here to tell you that once you start charging your phone with a six foot chord, you’ll only want to use a six foot chord. Especially in the car or when plugged into an outlet far from your nightstands (IE: hotels).

You can buy all sorts of four-packs on Amazon  and put them all around your home, car, and workplace. 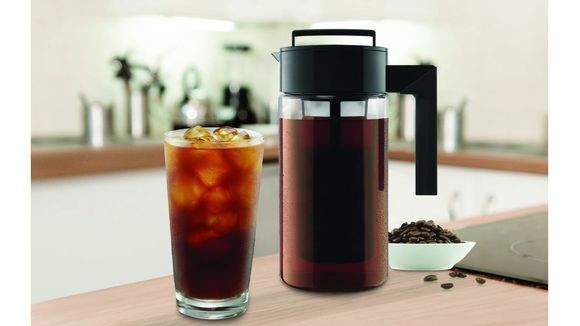 Hi, my name is Brandon and I’m an iced coffee addict. It genuinely haunts me how many thousands of dollars I’ve spent on iced coffee over the years. It’s an addiction that adds up quick, especially when you work from home and find yourself strolling down to the coffee shop just to sip a $5 cold brew every day.

This year is the year I turn that around and start putting my iced coffee money where it belongs: In an IRA for retirement.

Taking the advice of my colleague Cass, I bought the highly-rated Takeya cold brew iced coffee maker on Amazon with some Amazon gift cards from Christmas. This BPA-free, dishwasher safe plastic pitcher has a built-in infuser. You pour the coffee grounds into the infuser, drop it into the water, let it sit overnight (8 to 36 hours), and you’ve got delicious cold brew coffee waiting for you. It’s also smoother and less acidic than a regular cup of coffee.

The result is delicious cold brew thats WAY cheaper by the cup than what I pay at the coffee shop down the street. I genuinely think I’m going to save a couple thousand dollars with this simple change this year.

If you want something glass because you’re more of a carafe guy, check out the Ovalware Airtight cold brew iced coffee maker. It’s a little more handsome, if you’re trying to keep your kitchen clean and curated. And if you have the counter or fridge space, Willow & Everett’s massive cold brew on tap system makes two liters of cold brew (12 cups) and includes a spout. 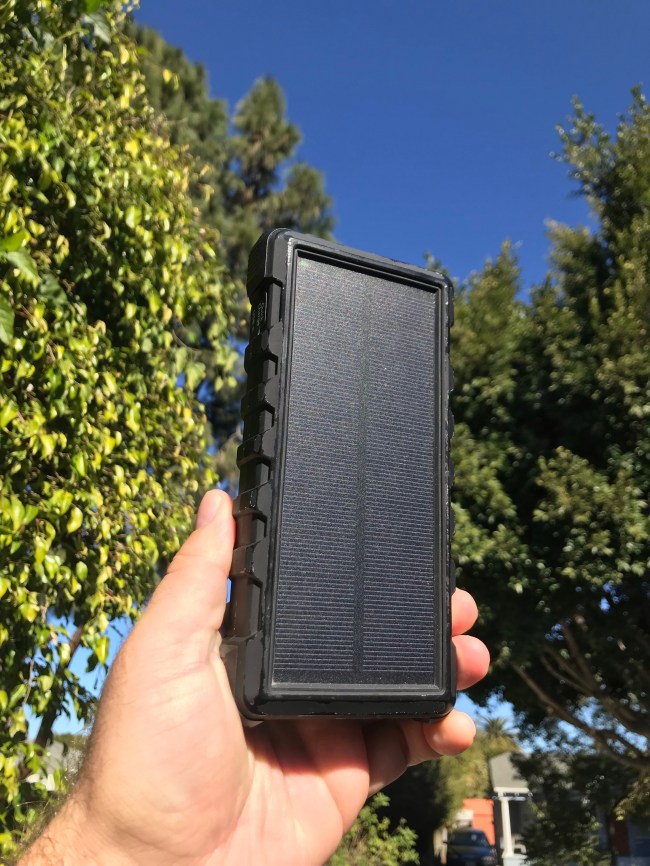 This is hands down the best thing I bought on Amazon last year. I was heading to a music festival and planning to be off the grid as soon as my phone died. With a full charge, my RAVPower 25000mAh outdoor portable solar charger kept two iPhones fully juiced for the weekend. The capacity in this portable charger is MASSIVE: When it’s fully charged, it has at least 10 full-charges for an iPhone, if not more. And, when you’re hanging outside outside at camp, you can just throw it in the sun during the day to juice up, incrementally. 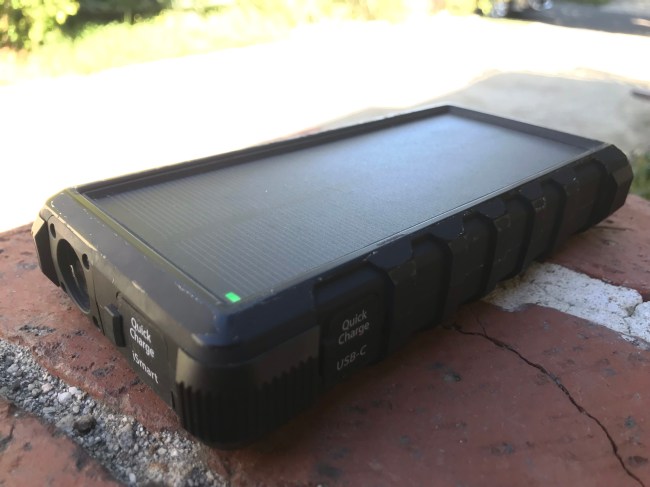 It takes about a full day plugged into an outlet to reach full charge. It’s heavy and built like a brick, but it can handle drops, dust, and claims to be waterproof. I keep it in my backpack almost everywhere I go so I’ll always have juice. It’s particular handy on camping trips, at NASCAR races, and days around the city when I know I’m going to have my phone in my hands all day. 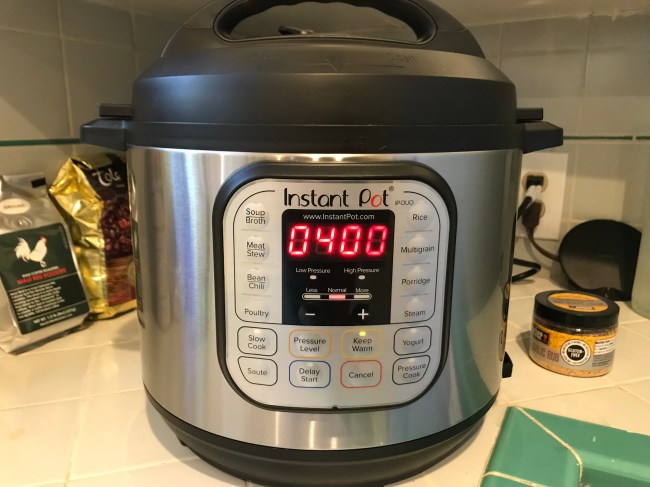 There are two kinds of people in this world: People who can’t shut up about how much they love their Amazon Instant Pot and people who just haven’t come around yet.

If you love a quality home-cooked meal, I genuinely believe the Instant Pot is the most essential kitchen appliance ever created since the microwave. You can make practically anything in it, from soups to mac and cheese to pot roasts. I made pulled pork the other night and it was easily the most delicious pulled pork I’ve ever made in my life. And it only took about an hour, from prep to meal time.

The reality of the Instant Pot is this: If you don’t have the time to slave away in the kitchen, you can save a boat load of money on take out by cooking in for yourself with it’s Wifi-enabled, programable options. Like, again, thousands of dollars of year.

As long as you buy and it use it regularly, it’s an investment in a better you. 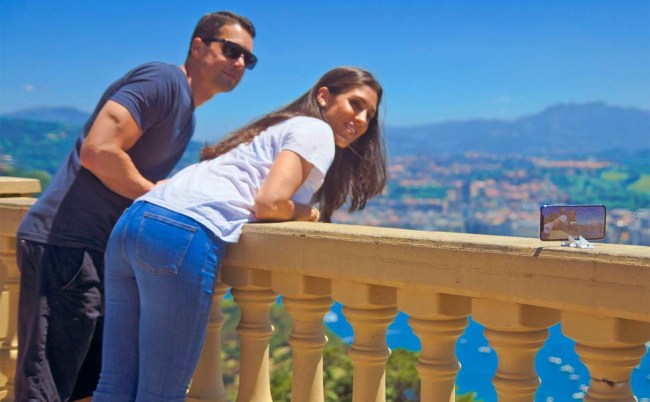 Yes, this is the nerdiest thing on this list. Yes, I feel like a tool and cringe at myself for including it. But look, we live in the smartphone era. Unless you’re living off the grid, original content is king. This carbon fiber tripod fits in your wallet and takes your original photo game to the next level when you need it. You can also use it to prop up your device to watch videos wherever it is you might do such a thing: In the backyard, in the bathroom, at a bar, etc.

A silly novelty? Sure. Until you use it over and over again. 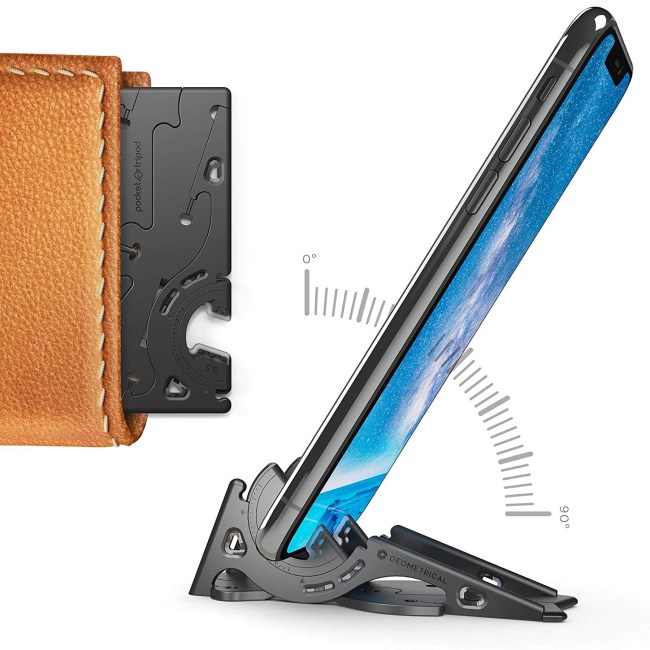 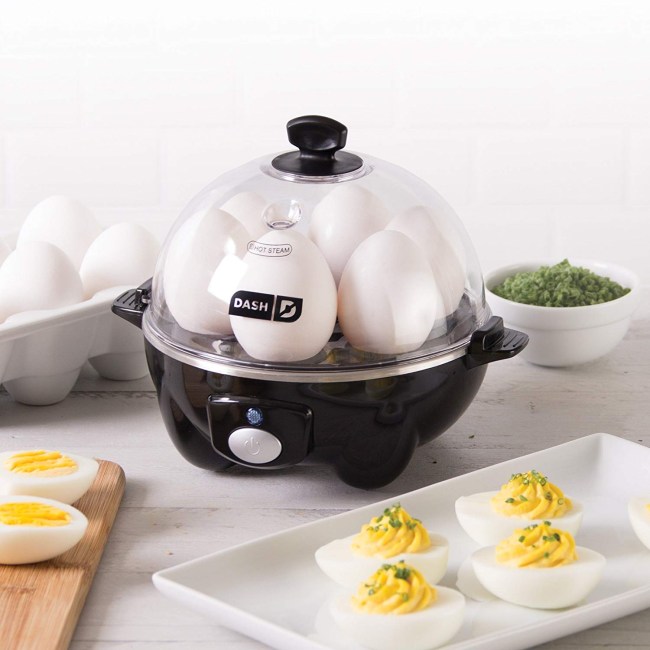 I am here to show my true colors as a Lazy Person™ – Frying scrambled eggs is great if you don’t mind the messy dishes that come with it. Same with boiling hard boil eggs. It’s something you don’t really want to think about when you’re groggy and half-asleep in the morning, rushing to make it to the office on time for your first meeting of the day.

You don’t really realize how badly you need an egg cooker until you have one. Egg cookers are super inexpensive and make cooking eggs stupidly simple. You can cook hard, medium or soft boil six eggs at a time, in addition to poaching, scrambling or make fresh omelettes.

The device practically pays for itself in costs after your fifth DIY egg sandwich. 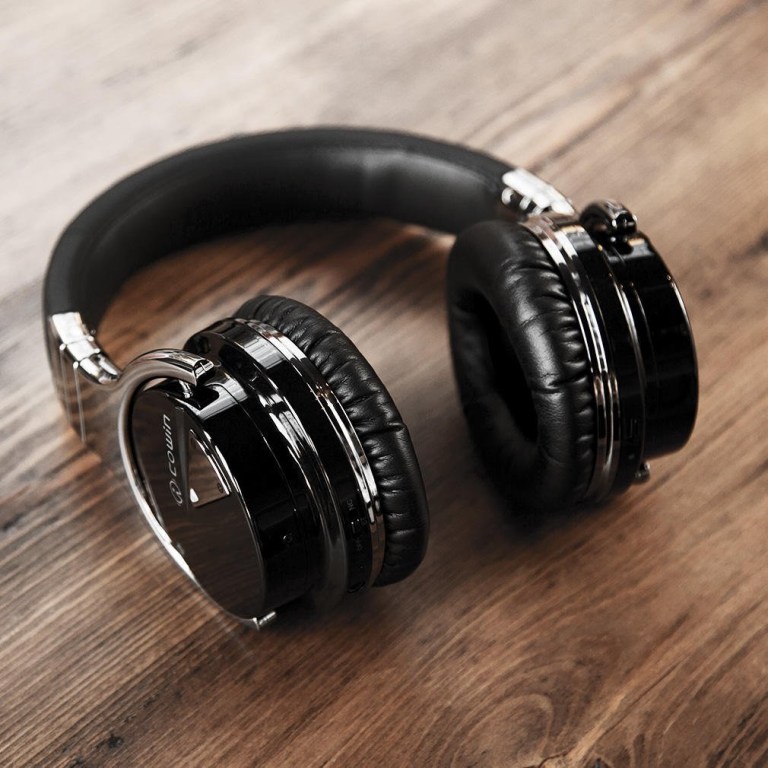 Great, affordable over-the-ear headphones. I’ve had them for almost two years now and they still continue to blow me away and hold up against the test of time. The COWIN E7 holds a mighty long charge compared to other cheap bluetooth headphones. They’re great for airplanes and zoning-out in the office and a fraction of the price of the more expensive bluetooth headphone options out there. 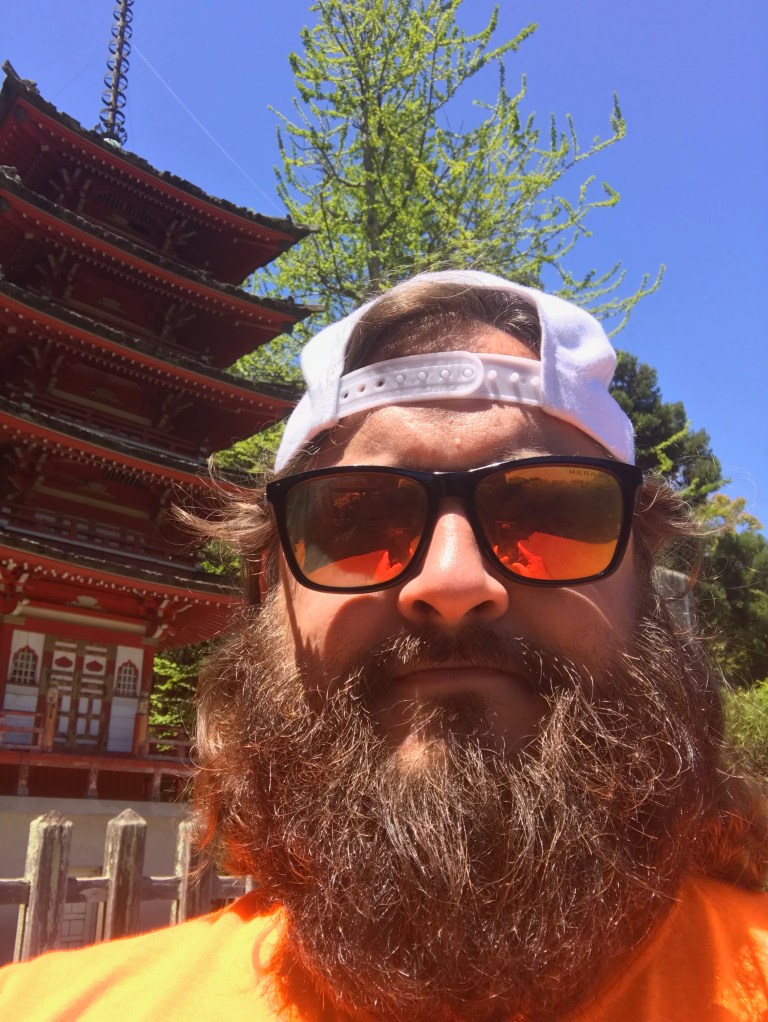 Pictured above on my face. MERRYS makes polarized sunglasses, exclusively available on Amazon. I’m on my fifth pair of cheap polarized sunglasses by MERRYS since making this discovery last summer. They won’t last you forever, but that’s the point: Great eye protection and a heck of a lot cheaper than an expensive pair of designer shades. When you leave them at a bar or they fall off your face on a boat or a bike, the blow to the wallet just doesn’t hurt as much.

In other words, amazing shades for careless, accident-prone people like myself.