#Tech
BroBible may earn a commission if you buy a product or service via links in this article.
by Paul SaccaApril 4, 2018 12:16 pm 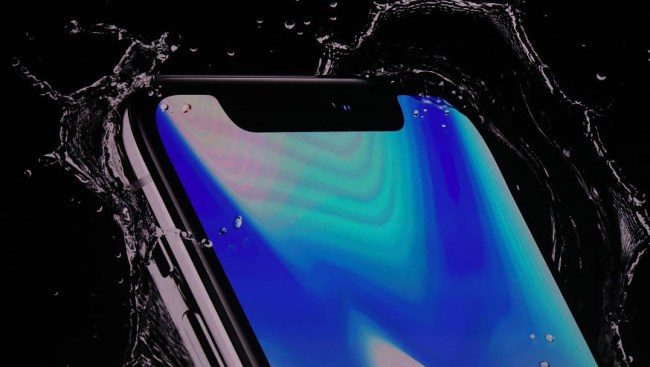 Apple is working on a new iPhone that will feature a curved screen and touchless gesture controls according to a new report from Bloomberg. The upcoming iPhone’s gesture controls would allow users to simply wave a finger in front of the handset to complete certain tasks.

Apple has been introducing new interface methods with their handsets, most recently they added the 3D Touch feature, which allows users to manipulate the phone by pressing harder or softer on the display. Now the tech giant is said to be developing a display that will be able to sense when people’s fingers are near and activate various functions depending on the hovering motion. This would be a great feature if you’re working on your car and have oil on your finger, but could answer the phone with a simple swipe of the wrist without touching the display and getting your phone dirty.

For Samsung fans, this may sound familiar because years ago the Galaxy S4 offered their version called “Air Gestures.” That feature used the motion sensor at the top of the smartphone, whereas the new iPhone will have sensors built into the screen. The motion gesture technology, which is being developed in a program called “Project Soli,” is allegedly two years away from being available to consumers.

Speaking of the display, Apple is also reportedly working on a curved screen. Unlike the Samsung Galaxy and Note handsets that have curved edges on the sides of the phones, Apple’s alleged forthcoming smartphone will be curved inward from top to bottom. The curved screen would apparently resemble the LG G Flex phone that debuted in 2013.

The new iPhone will use OLED panels that are much more easily molded than the LCD displays that Apple has used in the past. The report also states that Apple is experimenting with microLED displays, which are slimmer, brighter, and demand less power than traditional LCD displays. But expect more OLED displays like the one in the iPhone X in the near future because microLED is a brand new technology that is at least three to five years away from being implemented into a smartphone. These advancements are still in the early research and development stage and Apple could decide to scrap the new features.