The 12 Best Hot Sauces To Buy On Amazon

#hot sauce
BroBible may earn a commission if you buy a product or service via links in this article.
by Brandon WenerdDecember 26, 2017 2:57 pm 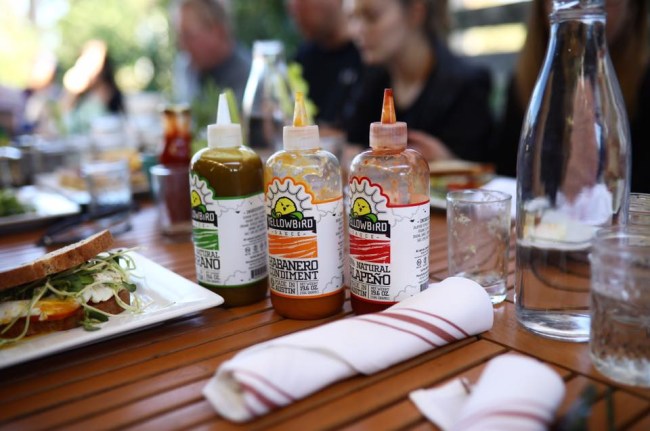 Fact: Hot sauce is the most perfect condiment ever created. Name a food out there and it’s almost always enhanced by a hot sauce. Pizza, seafood, chicken, potatoes, rice — whatever. Nothing makes the tastebuds dance in euphoria like it.

I really love hot sauce. Tabasco and Franks Red Hot have their purposes in the kitchen, but what I really love is discovering truly interesting bottles of peppered lighting. I always have since I was a kid, thumbing through the Peppers catalog that originated in Dewey Beach. Hell, this past April, I went on a bit of a hot sauce bender during the New York Hot Sauce expo, procuring over 20 bottles from all over America. I was like the damn David Livingston of hot sauce. Here’s my pickings from the afternoon:

Here’s everything you need for a party in your mouth. 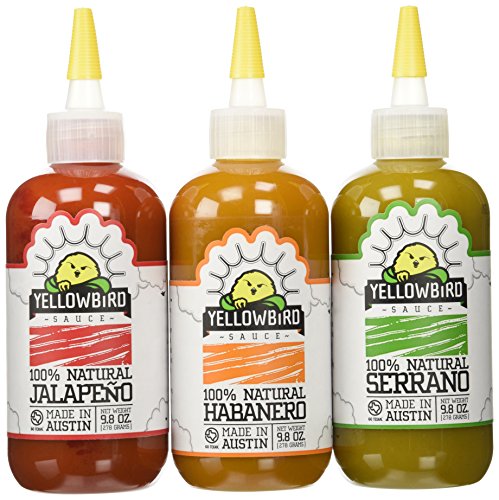 If I’m stranded on a desert island and there’s only one family of hot sauces I can take, it’s Yellowbird. Made in Austin and so damn good, this condiments came into my life via a random Amazon purchase. I was hungry and out of hot sauce that taste good with pizza, so I purchased the Yellowbird three-pack along along with a superpack of cheap batteries and a new Xbox controller (I party hard). I throw Yellowbird on EVERYTHING: Pizza, eggs, tacos, sandwiches, chicken, ric… Whatever. These guys know how to make a kick-ass chili pepper sauce. 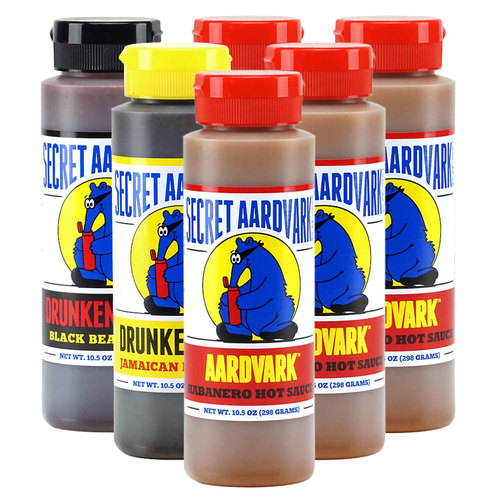 Remember the first time you fell in love with a hot sauce? I do. Vividly. I was at brunch at a now-defunct Southern-style comfort food spot called Peels. I was a eating grits and fried chicken. I asked the waitress for hot sauce and they gave me a bottle of Secret Aardvark Habanero Hot Sauce. They say it’s a “flavor that will kick you in the mouth” and it did just that.

Started in Portland, Oregon, Secret Aardvark‘s flavor is a little bit Caribbean, a little bit Tex-Mex. There’s a hearty carrot base that adds a touch of sweetness. As I said at the time, it’s like munching on pepper diamonds. I buy Secret Aardvark by the three-pack because that’s how fast I go through it.

Had Aardvark hot sauce for the first time last night. It was like pepper diamonds in my mouth http://t.co/jdSpwEG0 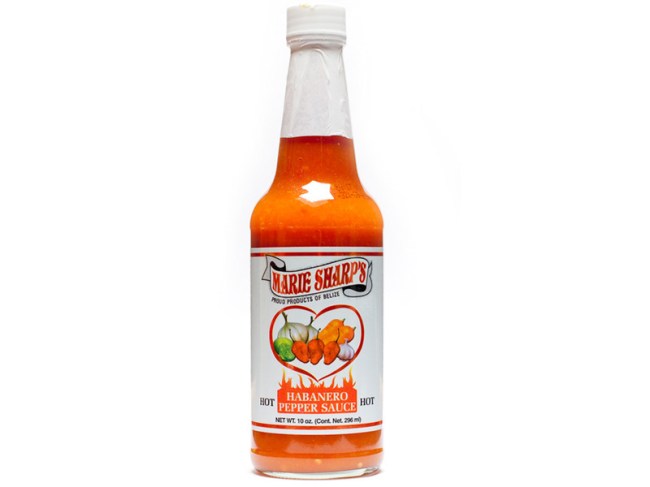 Habanero sauce from Belize! Marie Sharp’s also uses a carrot-base, which accents the kick of the pepper on your food. It also tastes damn good in a Bloody Mary. 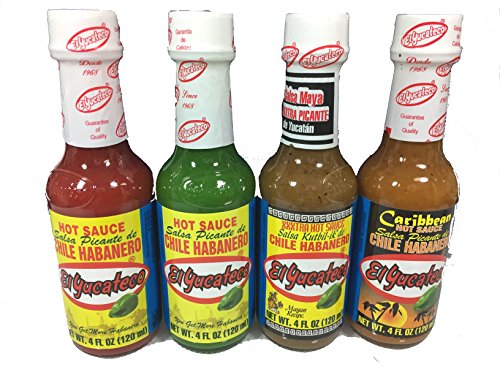 Yes, you can get this at any grocery store that has a decent Mexican section. But not all grocery stores are created equal, so I grab my green chile habanero sauce off Amazon. This stuff is dynamite on fish tacos or pork. It’s pretty damn spicy, but not in a way that will scare you silly.

Anything from Tahiti Joe 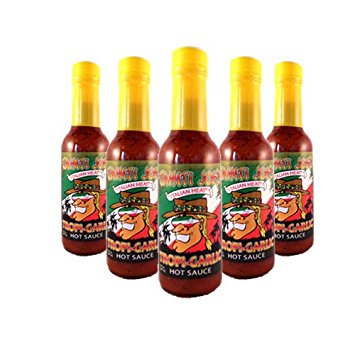 No, seriously: Every Tahiti Joe sauce will blow your mind in it’s own unique way. I probably spent a solid 10 minutes tasting my way through their booth at the New York Hot Sauce Expo. But the thing that really caught my attention was this novelty sauce that will make the hate-filled hearts of Ohioan skip with glee:

A personal favorite is Tahiti Joe’s Tropi-Garlic. It’s heavy on the garlic and still pretty spicy. Absolutely delicious on meats and eggs. I think I went through my entire bottle in a week, putting it on pretty much everything I consumed. Vampires and Tinder dates hate it.

Also, be sure to check out Smokin’ Kona XX Hot Sauce. Let the magic of Tahiti Joe’s copywriting skills take it away: 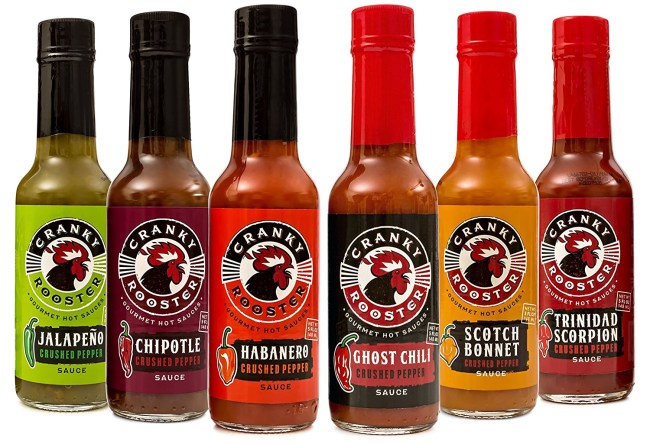 Calling Miami home, Cranky Rooster hasn’t been on the block long, but it’s starting to gain some steam thanks to the popularity of it’s Chiptole and Trinidad scorpion sauce. The smoky flavor of Cranky Rooster’s chipotle sauce will make your mouth water.

Everyone knows Dave’s Gourmet for the Insanity sauce, which is legendary for being one of the hottest sauces of all time in terms of Scoville units. Many other sauces have blown it out of the water over the years. Though there’s nothing quite like the original, Dave has plenty of other wonderful spicy creations that, in my opinion, have way better flavor, including his Scorpion Pepper Sauce, his Temporary Insanity Sauce, and his Ghost Pepper Jolokia Sauce, a sauce that “haunts palates with its slightly fruity and savory hot chili pepper flavor.” 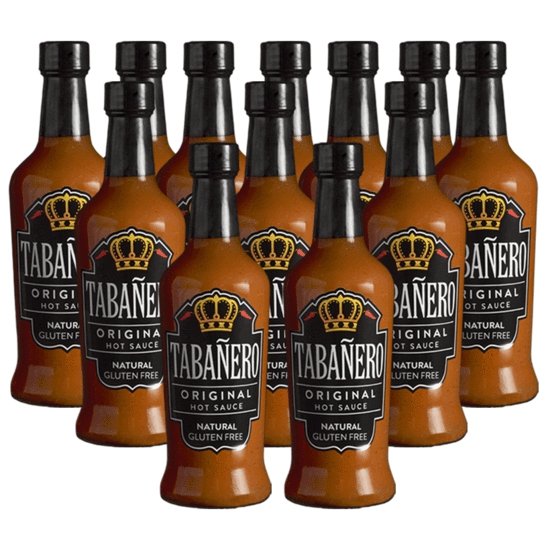 Tabañero is probably one of my favorite Mexican table hot sauces out there. There’s a couple not-so-secrect ingrients that give it an extra zesty flavor profile: There’s the sweetness from carrots, plus some lime juice and agave nectar. I 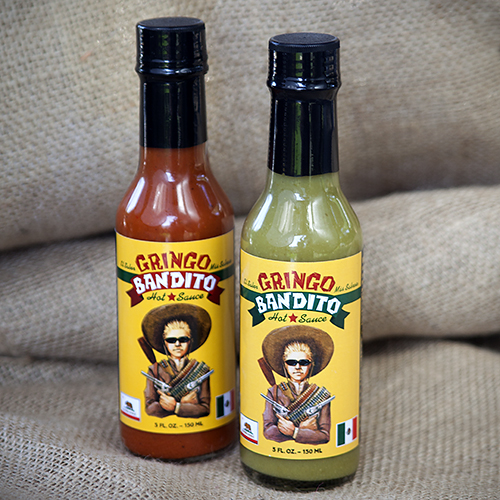 Gringo Bandito is legendary at California taco trucks, though it hasn’t really migrated its way into mass popularity yet.  A few years it won a coveted Scovie award for best tasting hot sauce, so it’s not just punching your food with an ungodly amount of heat. 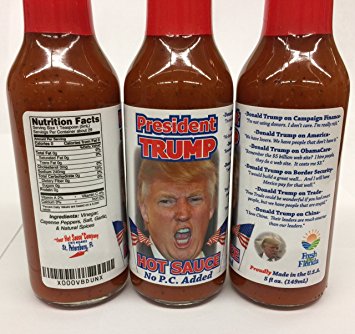 These sauces have basically no original flavor, but whatever — You buy them as gifts for your Uncle or Dad or cousin for a couple giggles at your next family BBQ. 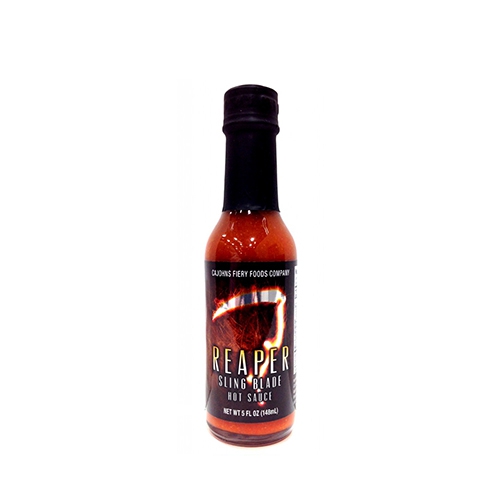 Take a look at what’s under the hood of Ed Currie’s Smokin Ed’s Carolina Reaper sauce, which averages 1.474 million on the Scoville Scale.

See that…. Made with the Carolina Reaper! Mmmmm. Plus Bhut jolokia a.k.a. Ghost Pepper, mixed together for an exceptional hot sauce.

The world doesn’t need another vinegar-heavy hot sauce. Pennsylvania-based Lava Joe’s is a sauce you can smother and dip, not just one where you shake a couple drops. Thanks to a carrot and tomato base, Lava Sauce is a sweet eruption of flavor with plenty of fiery kick thanks to the habanero peppers.

Bonus: You’re not a true hot sauce head until you own a gallon of Crystal’s Louisiana Pure Hot Sauce 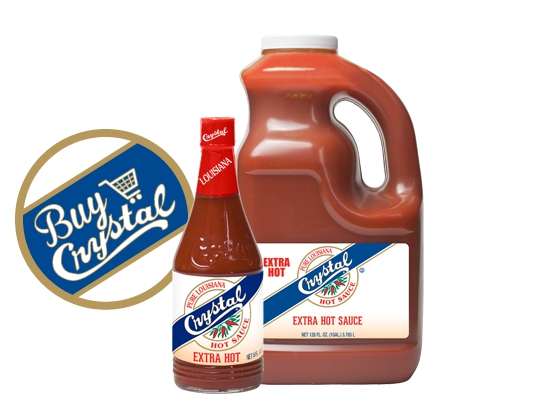 Sure, you can get it in any grocery store. But can you get a gallon of it? That’s what I thought. I’d drink it by the mug-full if I could.