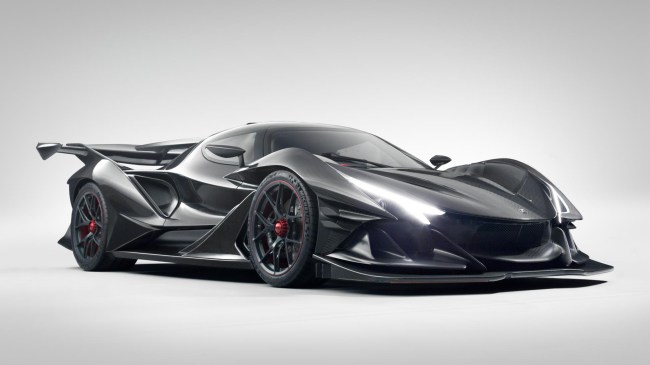 You’ve never seen a vehicle quite like the Apollo Intensa Emozione because there’s never been a vehicle quite like the Apollo Intensa Emozione. You may see subtle similarities to a Lamborghini or a Ferrari or a McLaren or a Formula One racing car or the Batmobile or even a jet fighter, but this hypercar is truly one-of-a-kind. The lines and angles are absolutely ridiculous and the design is something to behold. But the Intensa Emozione (which means “intense emotion” in Italian) is not just a mind-bending chassis, the engine on this supercar will make the ground thunder.

The Apollo IE is powered by a 6.3-liter V12 engine that produces an ungodly 780-horsepower with 9,000 rpm and 760 Nm of torque. There are no turbos, superchargers or hybrid systems. The supercar features three engine Map-modes that the driver selects and they are: Wet, Sport, Track. Traction control can be turned completely off.

The radical body type features a narrow teardrop-shaped cockpit. Apollo’s IE is an all-carbon-fiber chassis that allows the supercar to weigh just 2,756 pounds. That lightweight chassis and the fearsome engine equals some impressive performance. The IE jets from 0 to 60 mph in a neck-snapping 2.7 seconds and the top speed is 208 mph. And those over-the-top spoilers aren’t just for show, they produce approximately 3,000 pounds of downforce at 186 mph, meaning supreme handling and cornering.

“We felt that all the technological advancement and automation in today’s supercars took away the pure, raw emotional connection between driver and car,” said Apollo Chairman Norman Choi. “We wanted to build a car that would fill that void separating car and driver. so we built the Apollo IE.”

If you’re looking to purchase an Apollo Intensa Emozione you had better act fast and you had better have a fat bank account. Apollo, a German company, will only manufacture 10 of these supercars with the exorbitant price tag of $2.3 million. 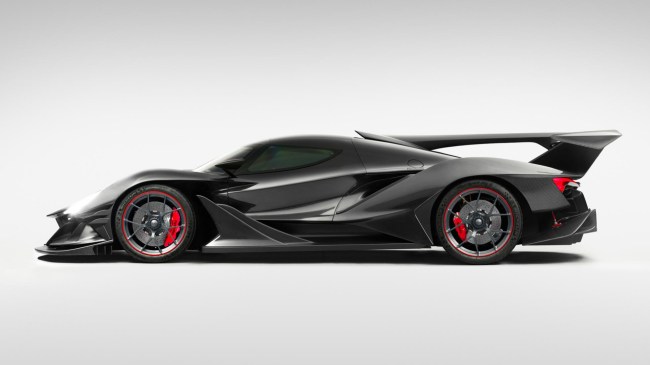 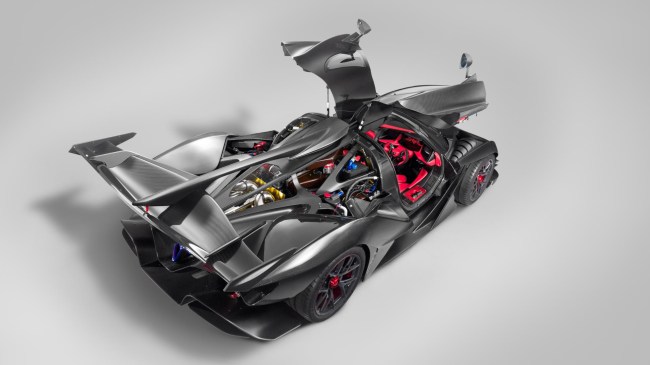 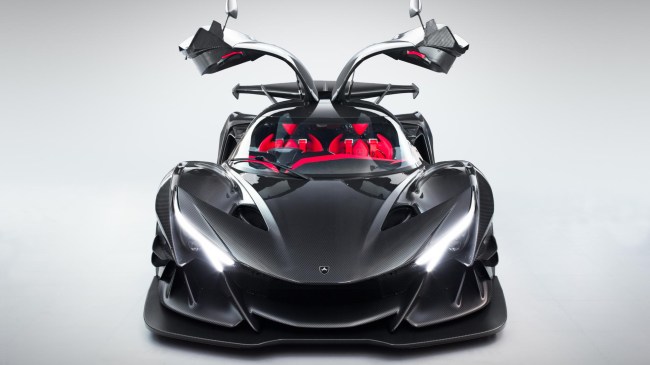 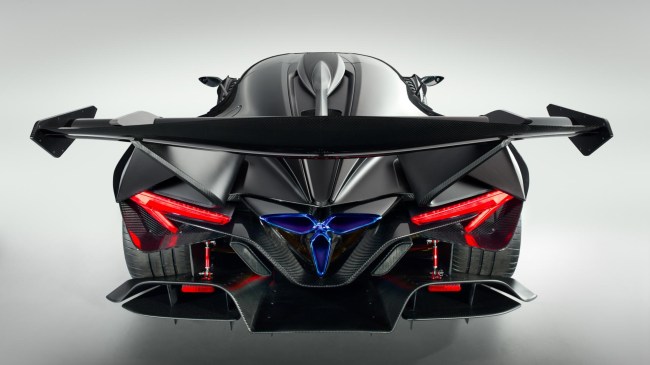 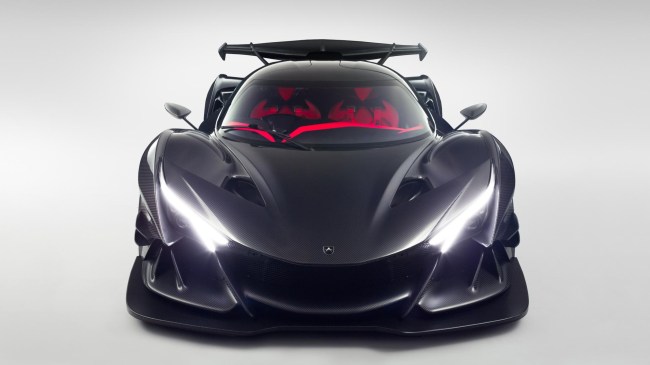 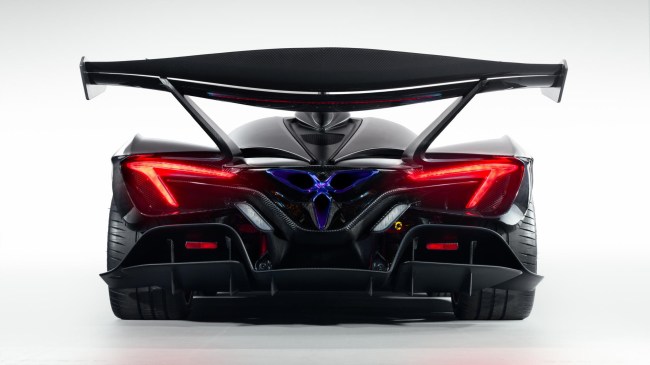 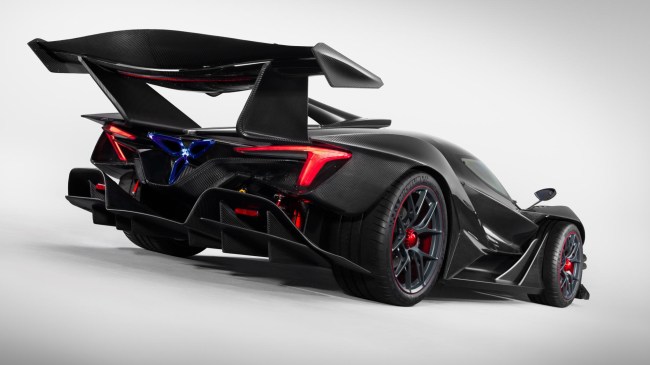