#ces
BroBible may earn a commission if you buy a product or service via links in this article.
by Paul SaccaJanuary 11, 2018 10:51 am 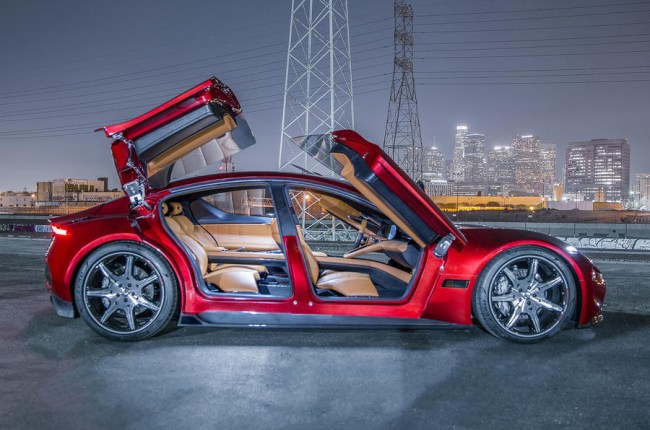 Tesla has enjoyed a monopoly of all-electric supercars of late, but the brand new Fisker EMotion expects to challenge Elon Musk’s car company in the near future. At the 2018 Consumer Electronics Show in Las Vegas this week, the EMotion was on display for all to gawk at its beautiful and curvy design. But it also offers impressive performance with a more than 400-mile range off of one charge. Plus this sleek beast boasts a top speed of 161 mph.

The exciting EMotion is the product of Henrik Fisker’s company Fisker. Henrik Fisker is an accomplished automotive designer who has worked with premium brands such as BMW and Aston Martin. Fisker did not shy away from a bold design on the EMotion with swooping curves and butterfly doors for the front and gullwing doors in the rear. “The Electric Vehicle Renaissance has truly begun — one that must be met with both timeless, yet futuristic form and hyper-intelligent function,” Fisker said on the company’s website.

The all-electric 4-door sedan expects to have some sort of autonomous abilities when it launches in the end of 2019. The EMotion has a Knight Rider-looking lidar sensor built into its nose to assist self-driving capabilities. Fisker asked the California-based technology firm Quanergy to create the autonomous abilities. However, the company does not have a factory yet, but expects to announce a factory in the United States later this year. So it sounds like a lot hopes and dreams at this point. But if this dream becomes a reality it will cost a very real $130,000. Fisker said they are also working on a toned-down version that will have a much more reasonable price tag of $40,000. Check out all of the cool tech from CES 2018 HERE. 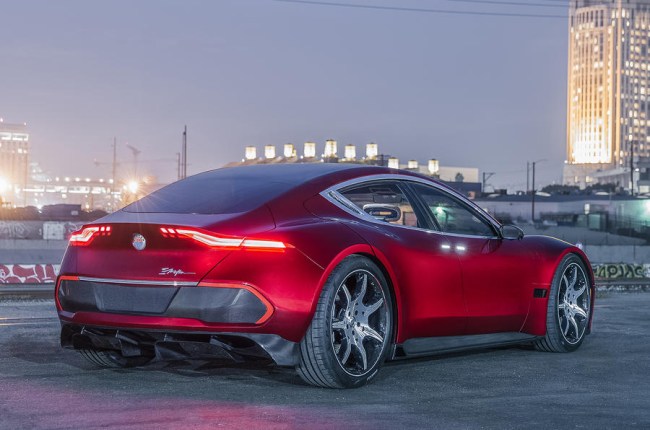