#Sponsored
BroBible may earn a commission if you buy a product or service via links in this article.
by Brandon WenerdAugust 27, 2020 10:00 am 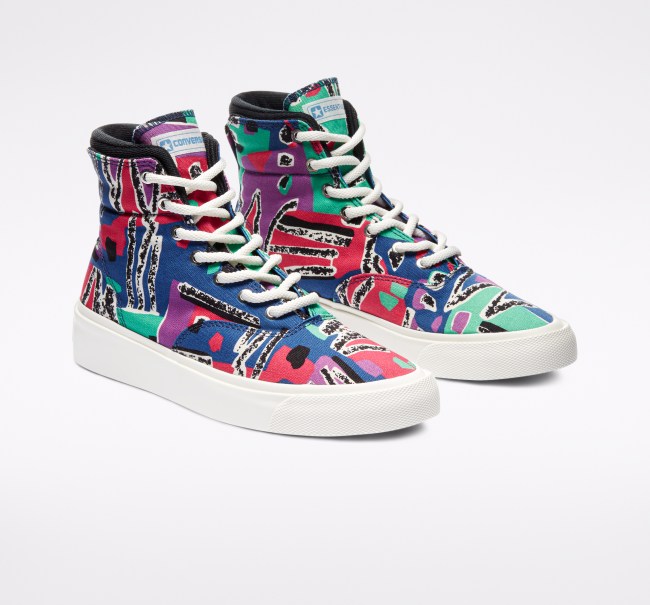 Some decades are easier to visualize than others.

30-some years later, the ’80s feel like a decade-long fever dream of an 8-bit utopia. It was an era obsessed with the digital future yet captured in analog. You can imagine all the usual hallmarks of the decade – the space shuttle, the cassette tapes, the arcades, the “Tear down this wall!” – replayed via the now-clumsy buzz of a VCR and a synthwave soundtrack.

The ’80s were a defining decade for sneakers. Sneaker culture exploded, with dramatic innovations in footwear design and functionality bookending the decade. Sneakers evolved into a statement; a discussion point on what constituted your personal style. They were everywhere, lionized by the professional athletes and movie stars of the decade, from MJ to Marty McFly. 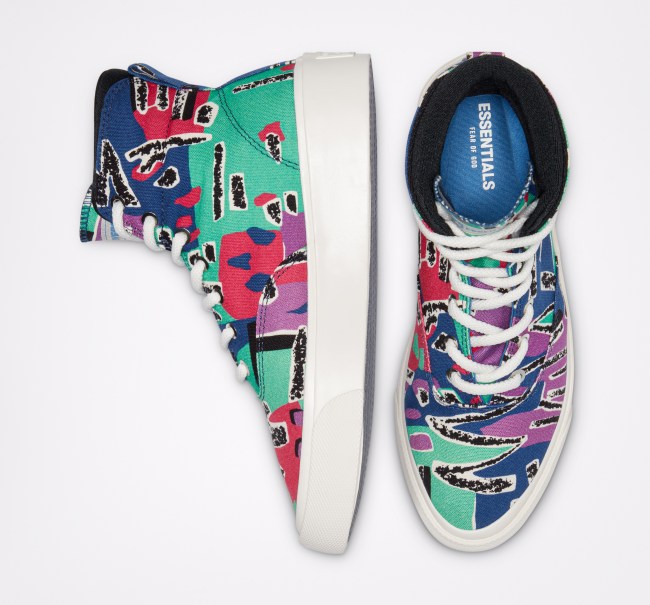 When it comes to skate shoes, the Converse Skidgrip deserves its slice of the half-pipe in ’80s sneaker history.

Technically, the Skidgrip’s heritage dates back to 1910, when Converse rolled out the Converse Circular Vamp Oxford (CVO). The CVO cemented itself as a footwear staple, becoming quite popular over the decades with the tennis and basketball crowd.

In other words – Sporting shoes for sporting people, long before the sneaker era.

In the early ’60s, the Converse CVOs caught on for boating, where the name “Skidgrip” was born thanks to the shoe’s no-slip soles; boat shoes without the pretentious yacht club vibe.

In the ’80s, those same no-slip soles became a popular footwear choice for skateboarding, catching on around Southern California with BMXers, skaters, and surfers. In 1986, Converse rolled out colorful graphic prints for the Skidgrip; they were fawned over at malls nation-wide and an icon of gnarly sneaker radness was born.

110 years after its inception, the Converse Skidgrip is getting a fresh update with one of the hottest names in the sneaker industry: Jerry Lorenzo, the founder of the streetwear label Fear of God.

“We picked the Skidgrip because it was a shoe that I loved when I was younger,” Lorenzo explains about the collab.

Lorenzo explains that the Converse Skidgrip fell on is radar back in ’80s, when he moved from California to South Florida as a teenager.

In his own words, “I found the Skidgrip in the mall and it became my favorite shoe from that summer. In South Florida and California kids surf and skate; those cultures naturally blended… Even though I wasn’t a skater or a surfer, mixing in pieces from those cultures allowed me to move through different segments of friends.”

When the Lorenzo rediscovered a vintage pair of ’87 Skidgrips in Tokyo a few years back, “all the emotions came rushing back.” In particular, he was inspired by the elegance of the shape of the shoe, re-crafted for a modern aesthetic. Take note of the a sleek, 30-degree slope along the midsole from heel to toe. 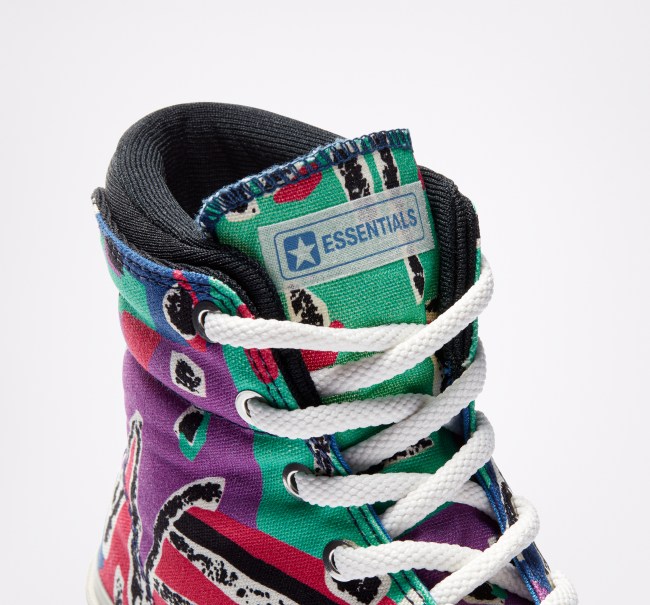 The new Converse Fear of God Skidgrip is a sneaker with a eye-popping retro print – Red Pacific and Bright Primitive, a colorway that feels fresh while also being as ’80s as it gets.

Using bold, vibrant colors, this radical refresh uses the classic high top sneaker for surfers and skaters in the late ‘80s into an original statement for your feet. The loud colors are sure to attract the attention of everyone no matter where you go, but the evolving design gives it a more modern look. Add in the maxed-out pattern on the canvas, the clean profile and sleek shape placement, this updated classic is firmly in the Fear of God aesthetic.

The Converse x Fear of God ESSENTIALS Skidgrip out now, just in time for the changing of the seasons. Additional inline versions of the Skidgrip will arrive in September. 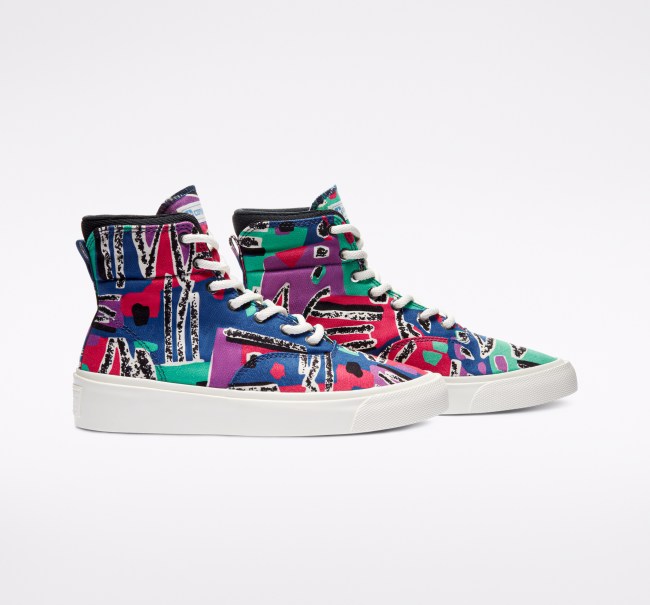 The BroBible team writes about things and stuff that we think you want. Occasionally, we write about items that are a part of one of our affiliate partnerships and we will get a percentage of the revenue from sales.