#Phones
BroBible may earn a commission if you buy a product or service via links in this article.
by Paul SaccaFebruary 17, 2018 4:09 pm 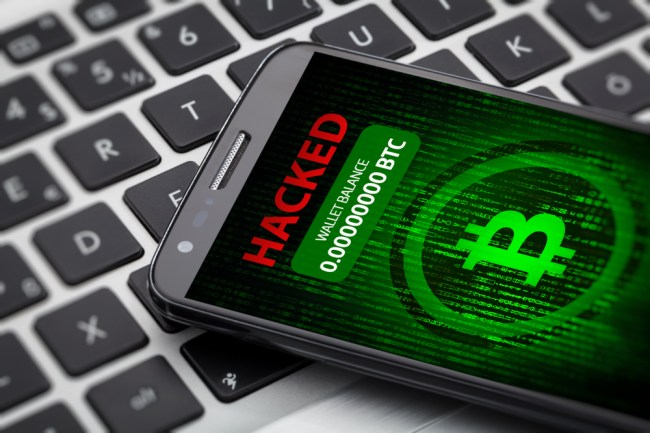 It seems like everyone is mining cryptocurrency these days, even Russian scientists are using supercomputers in a nuclear facility to get their hands on some of that Bitcoin goodness (But they got arrested). Hackers are now using other peoples’ smartphones in order to mine cryptocurrency.

The costs of mining cryptocurrency is expensive, not to mention it takes a ton of energy to mine the digital assets. So why mine Bitcoin on your own dime when you can use other peoples’ smartphones. Hackers were able to hijack millions of Android phones and use the handsets to mine for cryptocurrencies.

Utilizing a malicious ad redirect scam, hackers were able to hijack Android phones. The “drive-by” mining campaign infected apps and redirected phone owners to a website. That is where a screen blatantly told the user that their phone had been hacked so that it would mine the cryptocurrency Monero and it would do so until the user entered a captcha code. The average time that phones were stuck on the malicious site was reported to be four minutes. The hackers were probably able to mine a decent amount of cryptocurrency since the website had over 30 million visits per month.

Many people assume that only their laptops and personal computers are vulnerable from this type of cyber attack, but phones are just as susceptible. There are estimates that millions of Android phones were temporarily crippled by this hack. Experts were uncertain on how exactly the phones were hacked.

Malwarebytes recommends smartphone users to utilize web filters and security software to safegaurd your phone. Also, you should only download apps from the Google Play Store. With cryptocurrencies like Litecoin skyrocketing, you should expect mining hijcaks to only increase.