#Affiliate Partner
BroBible may earn a commission if you buy a product or service via links in this article.
by John ThompsonNovember 19, 2021
Facebook Twitter Reddit Flipboard 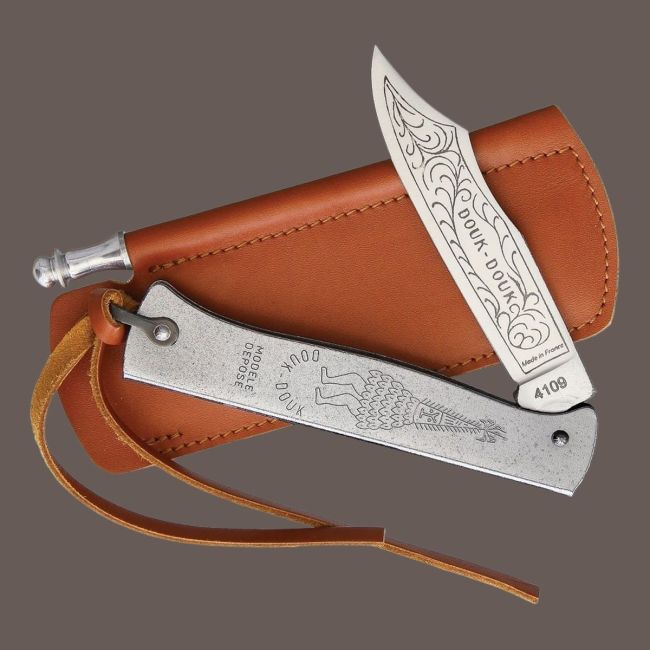 Douk Douk is a French-made pocket knife company that’s existed since 1929. Their artfully crafted pocket knives are made with high-quality materials.

The Douk Douk Folder Chrome is one artisan knife we think would be a great gift for EDC enthusiasts and knife collectors. 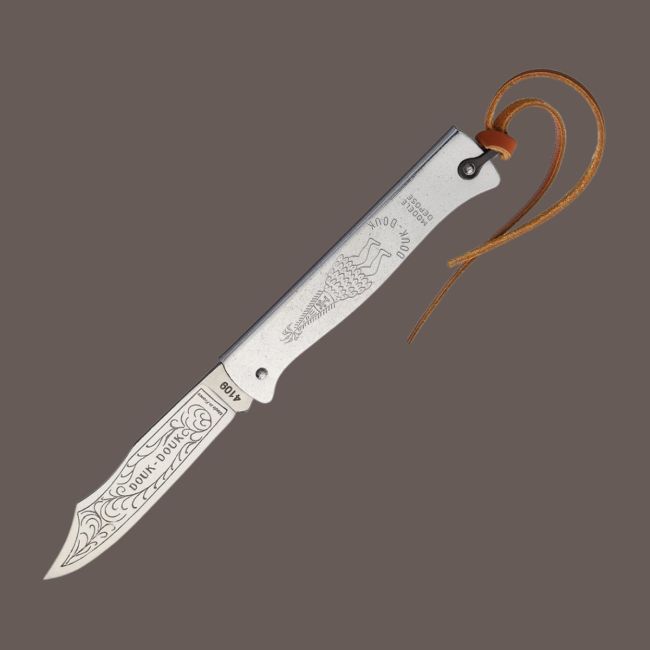 It’s made with a stainless steel blade (3 and 1/4 in long) and folded steel handle. The Folder Chrome’s blade is constructed with a thin, razor-sharp edge, making it easier to finesse on cutting and carving. Douk Douk knives are known for their blades historically, as they were favored by soldiers and citizens in the French colonies.

The coolest aspect by far of the folder is its detailed blade design. The custom etching showcases one-of-a-kind designs you won’t see from any other knife brands, making the blade just as much decorative as it is functional. 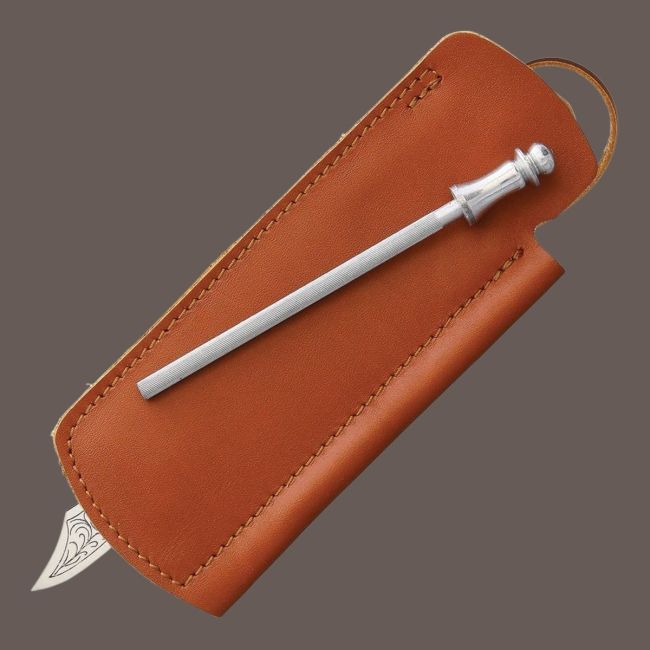 Other features of the knife include a brown leather sheath with a belt loop, as well as a honing rod to keep your blade sharp.

You can shop the Douk Douk Folder Chrome over on Huckberry right now for $66. Remember if your Huckberry order exceeds $98, they’ll ship it to you for free if you’re located in the U.S.