BroBible may earn a commission if you buy a product or service via links in this article.
by Chris IlluminatiNovember 15, 2017 8:34 am 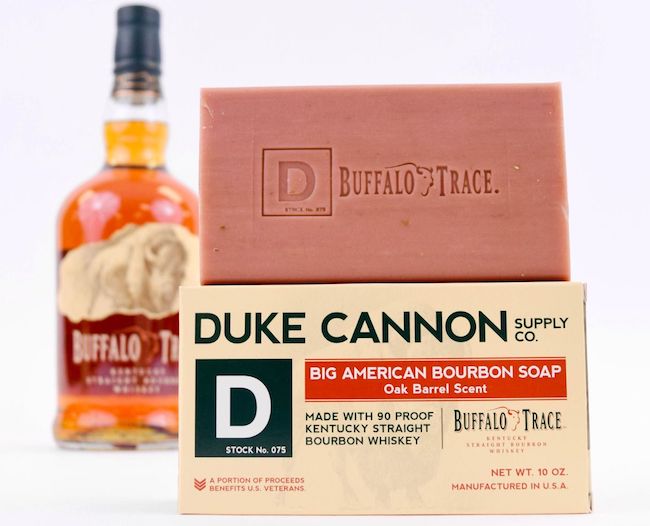 It’s acceptable to wear floral but it’s time for men to stop smelling like a bouquet.

Duke Cannon, makers of the Big Ass Brick of soap, has done it again. The company might be mad geniuses.

They’ve partnered with the Buffalo Trace Distillery to add their award-winning Kentucky Straight Bourbon Whiskey to create a Big American Bourbon Soap. Weighing in at a full 10 ounces, this large, American-made soap has a rich, oak barrel scent that smells as good as bourbon tastes.

Does Bourbon benefit the skin? They have no idea, and frankly, they don’t care, but bourbon makes everything better, so why the hell not?

If bourbon isn’t your thing (seriously, why not?) the company also makes beer-infused soap with help from Old Milwaukee.