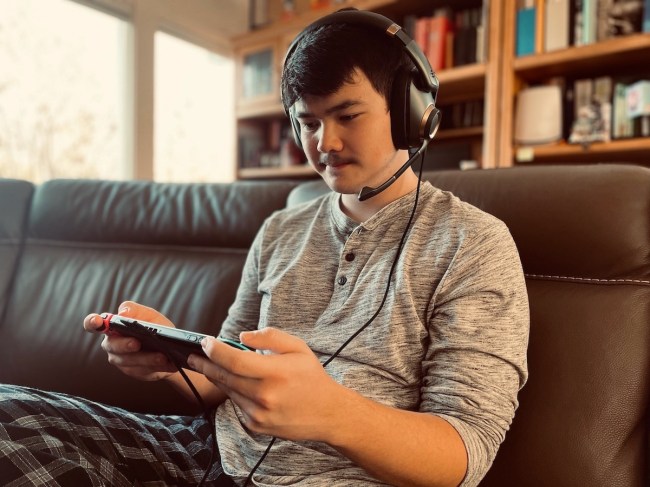 I’d label myself as a gamer. From consoles and controllers to PC gaming with MnK, you can say I’ve played my fair share of games. But even as a dedicated gamer, it was only recently that I added a headset to my gaming gear arsenal. And boy was I missing out!

Having played only using TV speakers for so long, even the cheap gaming headset I bought initially seemed like a huge upgrade to the gaming experience. Now, there was actually a chance I could hear someone’s footsteps in-game. Even then, little did I know I was only scratching the surface on what was possible for audio experiences with a gaming headset. 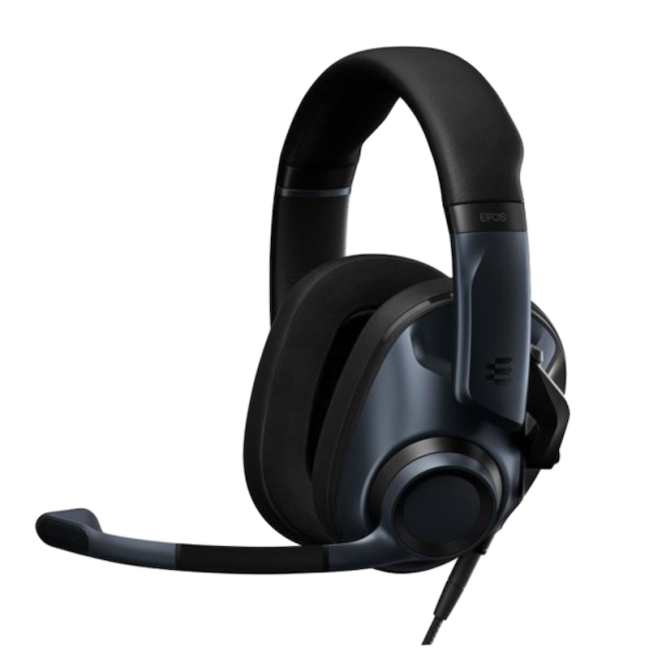 Once adding the EPOS Audio H6PRO Closed Acoustic Gaming Headset to my gaming gear collection, I learned how essential a premium gaming headset could be to elevating the gaming experience, especially for the competitive gamer!  With its high-performance audio and optimal comfort, this EPOS headset quickly became an essential part of my gaming gear.

Whether you’re in the market for a new gaming headset yourself or are looking for a great gift this holiday season, the EPOS Audio H6PRO Closed Acoustic Gaming Headset is a no-brainer and available at World Wide Stereo.

EPOS is no stranger to providing quality audio at the highest levels of gaming. In fact, they are the official audio partner of Cloud9, one of the best professional eSports organizations in the world. If the best video game players in the world rely on EPOS, then you can too! And that’s very much the case with the H6PRO Closed Gaming Headset. 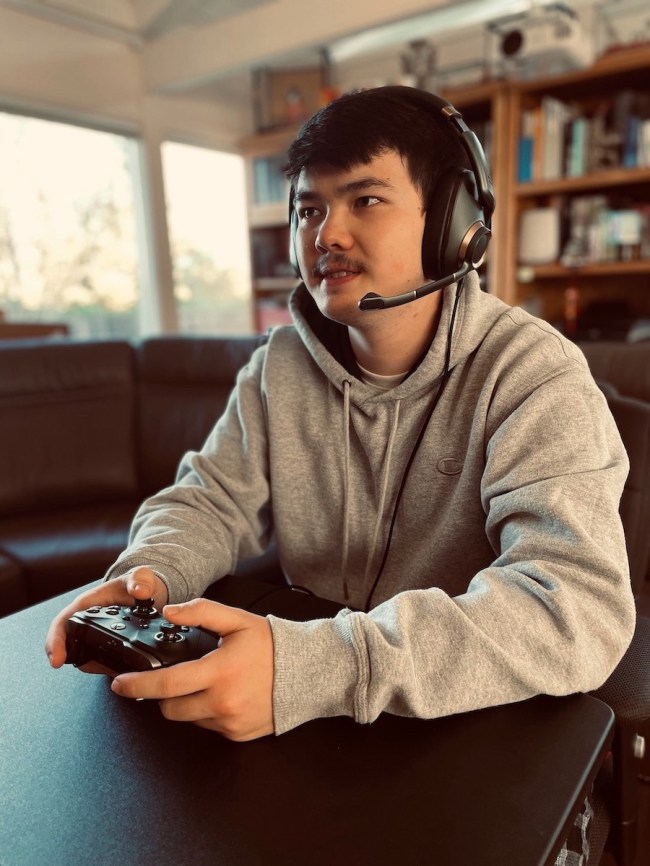 With so many AAA titles releasing this holiday season, there was actually no better time to get my hands on a pair of the EPOS headsets. And considering the poor audio quality and less than comfortable design of my previous headset, this was a long-overdue upgrade.

First and foremost, we might as well look at the audio quality. After all, it doesn’t make sense to keep reading if the headset has awful audio performance. Thankfully, that couldn’t be further from the truth with the EPOS H6PRO Closed Gaming Headset.

The proprietary speakers in these headsets offer unparalleled detail across the full audio spectrum for maximum accuracy and minimum listening fatigue. I was able to hear my friends chatting without compromising any of the in-game tunes I jam to! As opposed to the impossible struggle of finding a balance between game audio and chat audio with my old headsets, I was certainly impressed with the H6PRO. 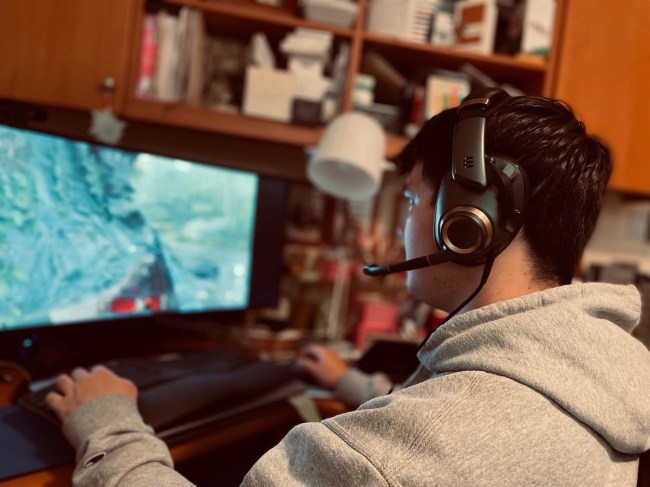 When it comes to gaming, I want every edge I can get to dominate the lobby I’m in. The H6PRO does just that, delivering the performance, control, and reliability serious gamers demand! Plus, the large volume wheel on the right earcup is a convenient addition to round out the amazing audio features. Got that one friend who can’t stop breathing into the mic? A simple turn of the wheel can turn him down a notch. Or need to crank the volume to hear other players’ footsteps? Just turn the wheel the other way, simple as that.

The comfort and fit provided by the EPOS H6PRO Closed Gaming Headset is by far my favorite part of the experience. My previous headsets have always been quite poor. From flimsy headbands that wouldn’t stay in place to tight earpads causing soreness, I found comfort was not a common occurrence when gaming. And as much as I enjoyed gaming, after 2-3 hours, headsets just became unbearable to wear. 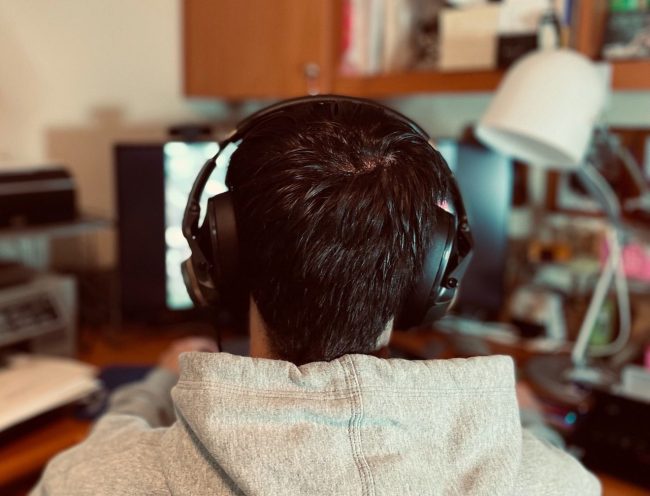 But with the EPOS headset, it was a completely different story. The headband has variable softness ensuring comfort even during the longest gaming sessions. Plus, the memory foam earpads cover your ears with softness and also provide a superb acoustic seal. Let’s just say, I might’ve gamed for 7 hours straight with the H6PRO. And even when I was done gaming, the earpads were so comfortable I was debating just leaving them on. In fact, they’re so comfortable that now I use them even when I’m not gaming. Whether I’m watching television or joining a meeting, the H6PRO gaming headset has the comfort to get through it all.

The EPOS Audio H6PRO Gaming Headset is available in both a closed-back and open-back version. 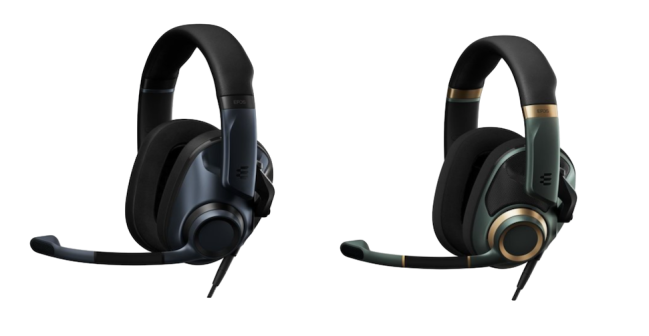 The constant sirens in downtown LA coupled with my roommate raging and screaming at his own video games made the closed-back version of the headset an easy choice. Offering more noise isolation, the closed acoustic design allows gamers to fully immerse themselves and separate from the environment. Whereas the open acoustic design is perfect for those who play in an already quiet environment or want to remain aware of their surroundings.

A review of the EPOS Audio H6PRO Gaming Headset would not be complete without a discussion of the lift-to-mute boom arm mic. A core piece of the headset, the boom arm is long and detachable for varied placement without compromising voice pick-up. I found this more useful than I expected. Anytime my roommate walked into my room while I was gaming, it was simple enough to lift the mic and mute it. That way I was able to converse with my roommate without forcing my fellow gamers in the lobby to listen to the entire conversation. 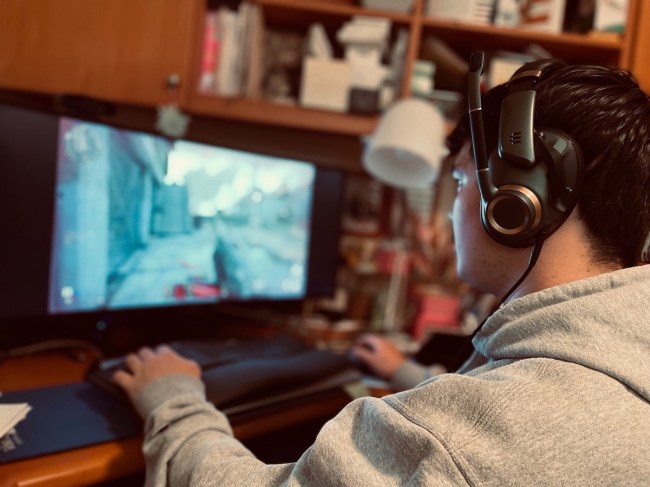 Even better, the mic can be conveniently removed allowing for an easier traveling experience. And with a magnetic cap included, you can even hit the streets, headset on, without worrying you’ll look like a noob.

With some new and updated features, the EPOS Audio H6RPO Closed Acoustic Gaming Headset elevates the gaming experience significantly. It is compatible with PC, MAC, PS4, PS5, Xbox One, Xbox Series X|S, and Nintendo Switch. So no matter what way you choose to game, these EPOS gaming headsets can go with you. Available now at World Wide Stereo.