#Cars
BroBible may earn a commission if you buy a product or service via links in this article.
by Paul SaccaJune 17, 2018 11:14 am 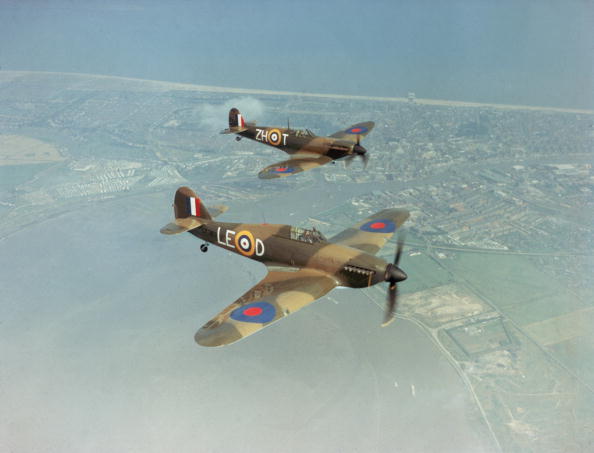 Before the U.S. joined World War II, American pilots volunteered to help defend Britain. Around 1940 about a year before the U.S. entered WWII, there were the Eagle Squadrons. These three fighter squadrons of the Royal Air Force (RAF) had American recruits piloting planes such as the Hawker Hurricane IIc LF363 (in the foreround of the above photo) and the Supermarine Spitfire IIa P7350 to help stop Germany from conquering all of Europe. Now, a custom Mustang GT has been created to honor those brave men who fought against Nazis and who were magnanimously risking their own life for another country’s freedom.

Ford Performance unveiled the Eagle Squadron Mustang GT as a way to salute these heroic pilots. The custom Mustang GT gets a beautiful paint job to make it look like it is a fighter plane in the British Royal Air Force. 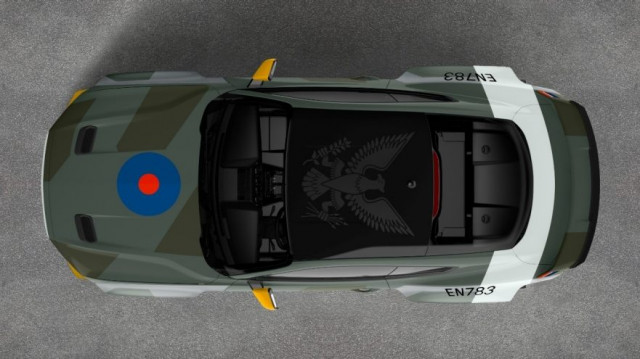 But this Mustang doesn’t just have a pretty paint job, this car flies. The Eagle Squadron Mustang GT boasts a Ford Performance supercharger and coupled with its modified 5.0-liter Coyote V-8 engine provides 700 horsepower. Not exactly the same output as a supercharged Rolls-Royce “Racing” Merlin engine that was in a Spitfire plane that had 2,160-horsepower, but 700 hp for a car is plenty.

Vaughn Gittin Jr.’s RTR Vehicles helped build the special edition Mustang and gets all of its parts from RTR catalog. The Eagle Squadron Mustang GT features the RTR wide-body kit, which is made from carbon fiber. The souped up Stang also features a Tactical Performance suspension package.

“The Eagle Squadron Mustang GT build with Vaughn and the Ford design team is a great way to honor our heroes and keep the spirit of aviation alive for the next generation of American pilots,” said Darrell Behmer, Mustang design chief. Ford has worked with the EAA for 20 years and has donated 11 custom vehicles to their organization which has brought in more than $3 million for the charity.

On July 26, the Eagle Squadron Mustang GT will be auctioned off at the EAA AirVenture Oshkosh in Oshkosh, Wisconsin. All of the proceeds will be donated to the Experimental Aircraft Association, which is a non-profit organization that educates young people in amateur aviation.