Conquer All Of Westeros With Monopoly’s ‘Game Of Thrones’ Collector’s Edition, Nearly 40% OFF Today

#Daily Deals
BroBible may earn a commission if you buy a product or service via links in this article.
by Matthew BirlFebruary 9, 2017 12:48 pm 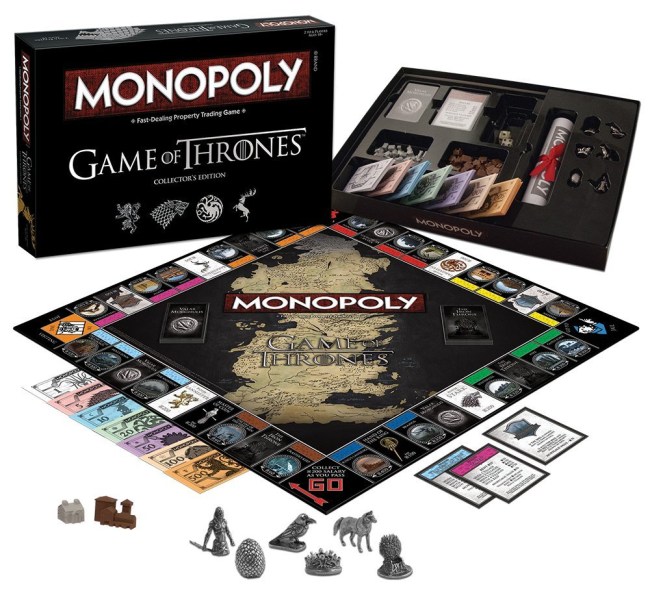 Featuring custom Game of Thrones packaging, stunning game design, and large, hand-sculpted custom tokens, the MONOPOLY: Game of Thrones Collector’s Edition will transport fans into a world of intrigue, valor, and betrayal. In a land where bankruptcy surely means death, you’ll be battling to secure all the property you can.

And the best part about it? Well, right now it’s 35% OFF on Amazon, bringing the price to a few cents over $38. It’s the second lowest price we’ve seen for this Collector’s Edition in the past two months, and a great one at that, as it typically retails at $59.99. 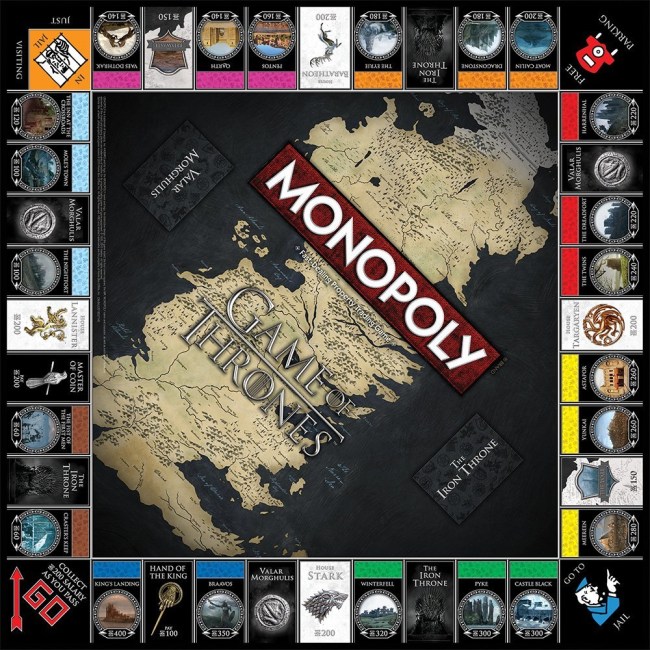 The classic game of MONOPOLY takes on a Game Of Thrones twist, incorporating a custom game board featuring Westeros for the taking by the strongest player to cast the die. With six oversized, hand sculpted tokens elegantly cast in zinc, you can choose the Crown, Direwolf, Dragon Egg, The Iron Throne, Three-Eyed Raven or a White Walker to embody your ruling faction, as you seek to capture land far and wide. 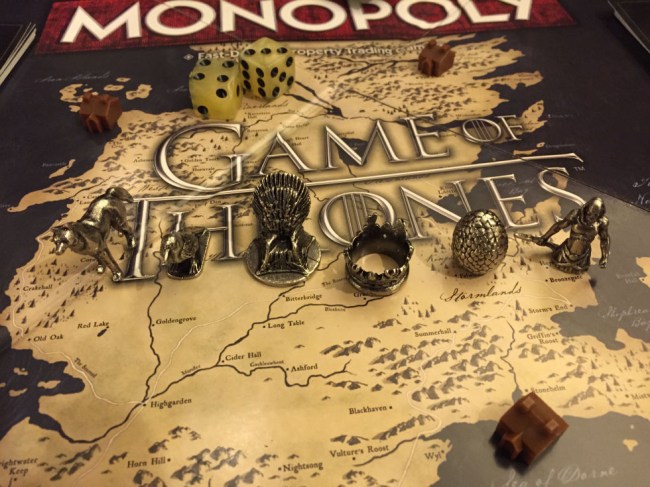 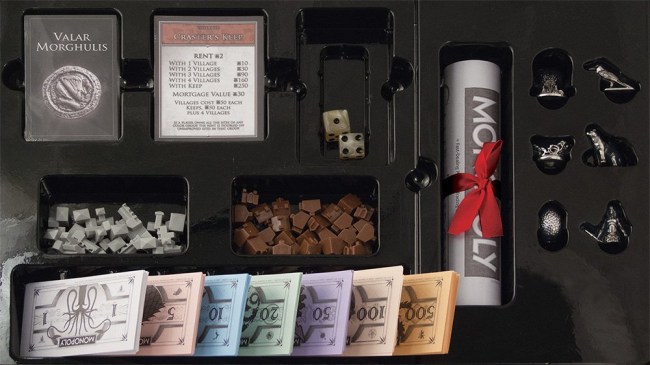 If you’re a fan of the show (who isn’t!?), you’re sure to enjoy opening the elegant black linen paper wrapped box with silver foil-stamped house sigils including Lannister, Stark, Targaryen, and Baratheon. Boasting exclusive art on the inside of the box, and a custom tray to hold each game piece, this MONOPOLY: Game of Thrones Collector’s Edition also includes and an elegant, rolled scroll secured with a ribbon containing the house rules.

Simply put, owning this is an absolute must for any big Game Of Thrones fan, and it’s sure to provide endless hours of entertainment with friends and family for ages to come.