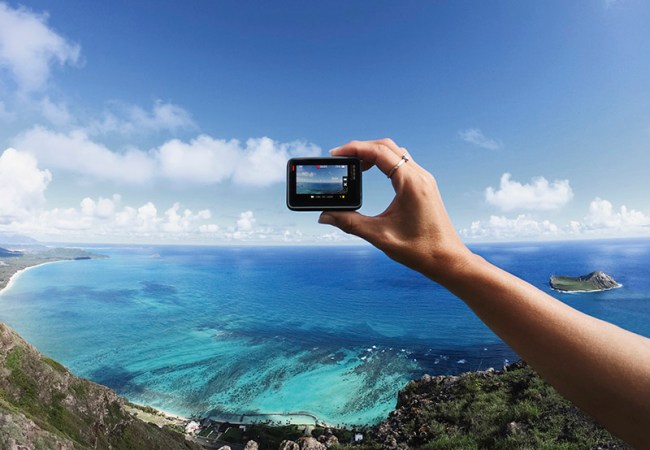 GoPro introduced the Hero, a brand new entry-level action camera. The new GoPro Hero comes with the core features users are accustomed to, but at a less expensive price tag. The cheap Hero comes in at a very reasonable $199. However, there’s a catch, because there’s always a catch. To lower the price, you will lose some features and performance with the budget version.

The Hero loses some performance compared to previous and more expensive models such as the Hero5 ($299) or Hero6 ($399). The new Hero only has a max resolution of 1440p and a frame rate of 60 frames per second. That means you won’t be recording your girlfriend falling on her ass while skiing in 4K or in slow-motion. The previous versions featured a 12-megapixel camera, but the cheaper model only takes 10-megapixel photos. The new Hero only has one burst shooting option at 10 frames per second, and the only a one-time lapse setting of 0.5 seconds per shot. While the Hero6 Black boasts a custom-built image processor called the GP1, the new Hero uses an older Ambarella chip.

But you do get core GoPro features such as being waterproof as far down as 30-feet underwater without a separate case, plus voice control, and digital video stabilization. There is a 2-inch touchscreen and WiFi syncing with your phone. The small, cube-shaped camera will also work with all of the GoPro accessories so you can attach it to your head, helmet, bicycle or pretty much anything thanks to the thousands of third-party options. The new Hero is available starting today so you can record your dog hilariously failing to catch a tennis ball at the beach.

Meet #GoProHERO. A proven design, simplified for just $199. Wherever life takes you, capture and share your story for the perfect price.