We Sat Down With 8th-Generation Beam Distiller Freddie Noe For A First Taste Of His ‘Little Book Chapter 5: The Invitation’

#bourbon
BroBible may earn a commission if you buy a product or service via links in this article.
by Cass AndersonAugust 12, 2021 1:39 pm 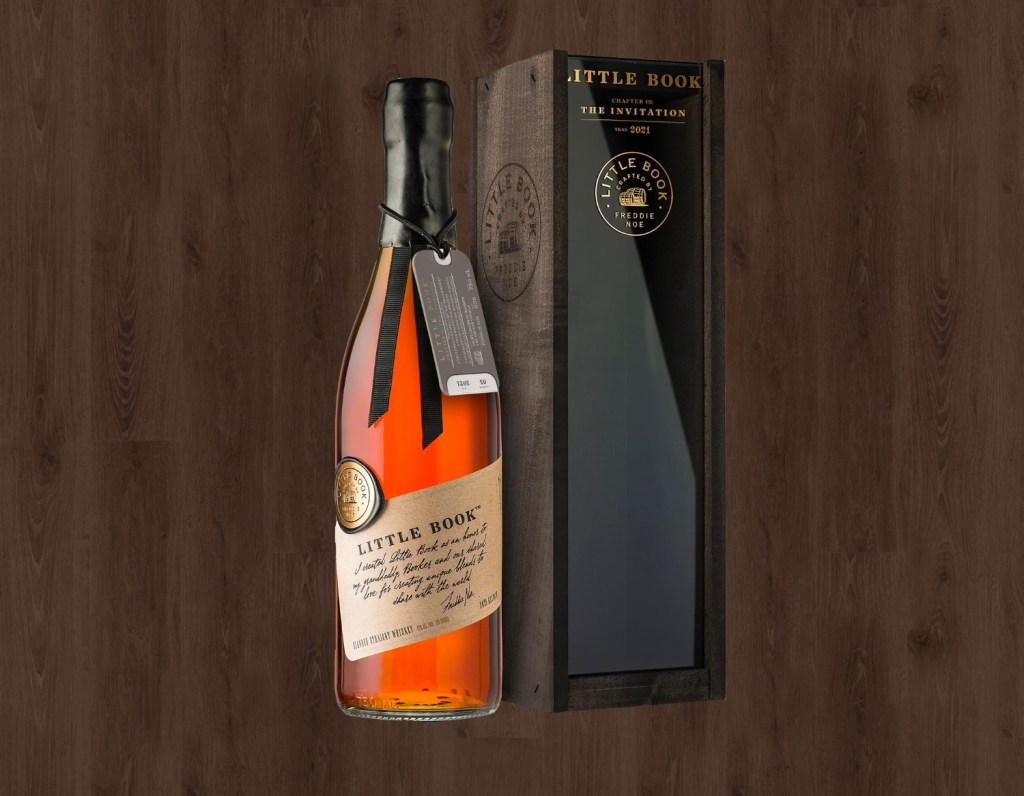 We Sat Down With 8th-Generation Beam Distiller Freddie Noe For A First Taste Of ‘Little Book Chapter 5: The Invitation’

Freddie Noe, an eighth-generation Beam distiller, has debuted the 5th installment of his Little Book Whiskey. For the fifth year in a row, Freddie has masterfully blended a whiskey that is certain to fly off the shelves as whiskey lovers catch wind of how incredible Little Book Chapter 5 is.

The 2021 Little Book release is titled ‘Little Book Chapter 5: The Invitation’. The name is a literal invitation to bourbon drinkers to expand their palette and explore different aspects of whiskey by introducing a diverse lineup of four liquids in the blend.

I was fortunate enough to sit with Freddie Noe in the historic Knob Creek House on the Jim Beam Distillery Campus last week and be one of the first people to taste Little Book Chapter 5: The Invitation. We went through each of the four liquids before tasting the final blend.

As is the case with every chapter of Little Book, the goal is for a final blend that’s greater than the sum of its parts. Each of the four whiskeys is special and meaningful on its own but together they swirl together in perfect harmony for one of the year’s best whiskey releases. 3 of the 4 whiskeys in Little Book Chapter 5 are what Freddie Noe described as ‘his babies.’ They were special projects he was instrumental in at the distillery.

This year’s Little Book release also ushers in a new ear of direct-to-consumer (DTC) from the James B. Beam Distilling Co., Barrelled & Boxed, but we’ll discuss that more down below. First, let’s take a look at what’s under the cork in Little Book Chapter 5: The Invitation! 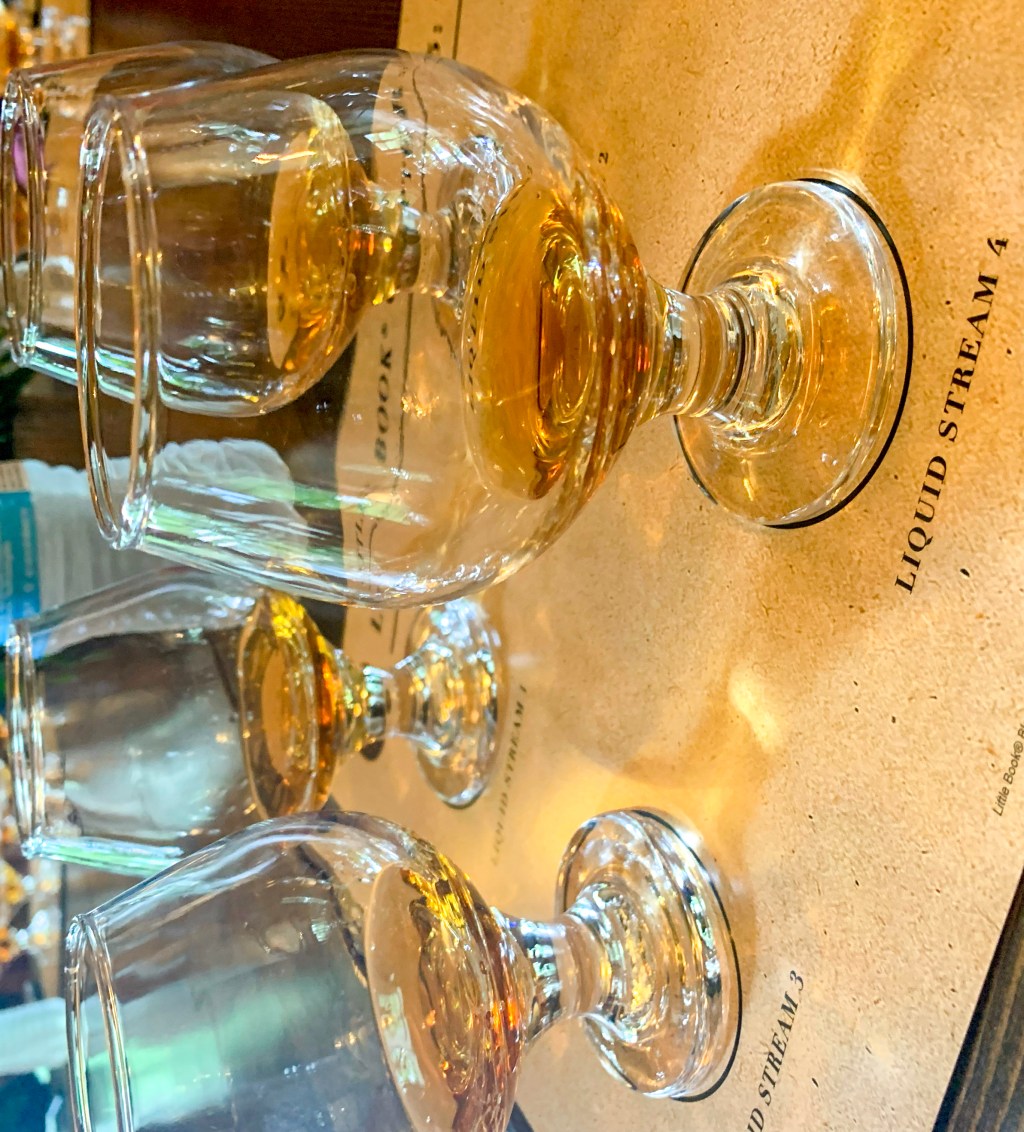 Little Book Chapter 5: The Invitation is 116.8 proof and it has strong notes of caramel and toasted bread, two flavors that somehow swirl together in beautiful ways I never expected. You’ll also find depths of sweet brown sugar with the smooth finish. It has a suggested retail price of $124.99 and the limited-quantity release will be available nationwide starting this month. 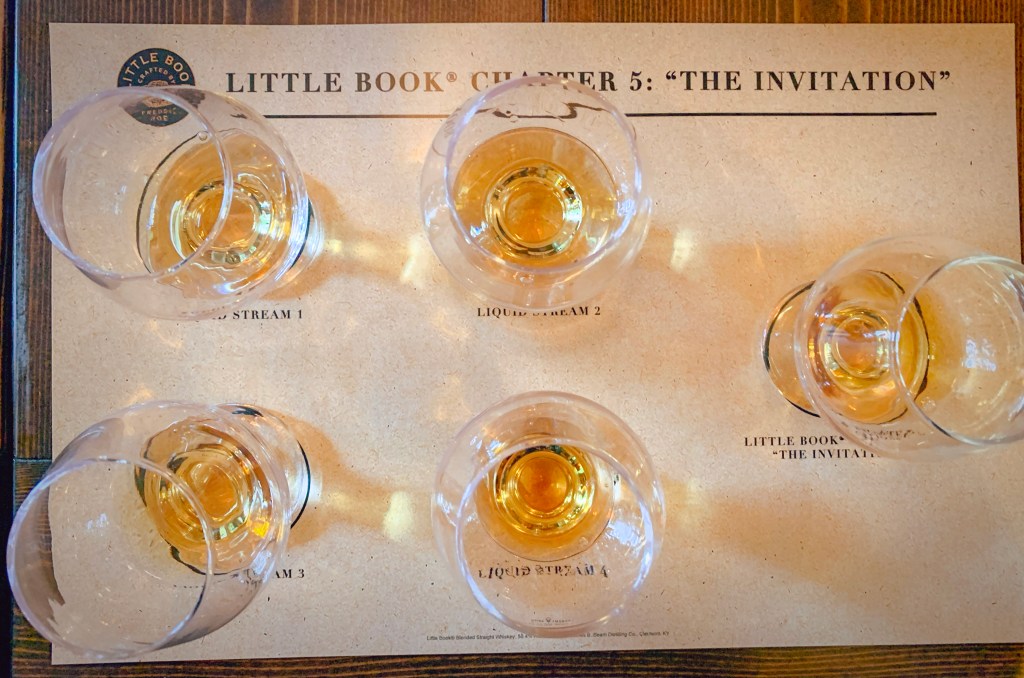 ‘the lower the proof, the more flavor’

Putting a 2-year-old Bourbon and 3-year-old Rye into an ultra-premium blend is certain to turn some heads but that’s the point. And these aren’t run-of-the-mill young whiskeys.

Knowing his time with his grandson was short, one of the lessons that Freddie’s granddad passed along to him was ‘the lower the proof, the more flavor coming off.’ It’s a pretty simple concept to understand but one that’s tough to execute. The idea here is that the higher the alcohol content the more that overtakes the flavor.

Freddie says “if you’re distilling to a super high proof you’re basically at the mercy of the barrel versus the mercy of the process.” He wanted to do some innovation so he walked in and said he wanted to take the proof down a little bit. So this 2-year-old, 3-day fermentation, Jim Beam Mash, Bourbon distilled to 105 and 115-proof. 105 on the first distillation and 115 on the second distillation.

This is actually the lowest proof point that Jim Beam has ever purposefully distilled and stored in barrels. Coming off the still this 2-year-old was very viscous and oily and that thickness helped this very young age bourbon develop rich flavors.

There was plenty of pushback when Freddie told his colleagues he wanted to commercialize a 2-year-old product just because it hadn’t been done before. But this is a moment to showcase how there’s a lot of flavor and capability that can be found in a young whiskey. So anyone out there who might be wary of a 2-year-old component in Little Book Chapter 5: The Invitation needs to try it before they pass judgment.

On the other side of the age spectrum in Chapter 5 is the 15-year-old Kentucky Straight Bourbon at 117.2-proof. Once a whiskey reaches 10-years-old the windows to achieve perfection are short. There might be a 3 or 6-month window where the astringency can spike so it needs to be carefully monitored. This exquisite 15-year-old Bourbon is very balanced with strong barrel flavor and the 117.2-proof is due in part to the lower storage location on the 3rd floor.

The 3-Year-Old Malted 100% Rye Whiskey is another very special and unique component in this blend that might catch attention for being ‘young’. When I first got a whiff of this liquid I wasn’t sure I was going to like it and then, of course, it was love at first sip. This 3-year-old 100% Malted Rye is actually Beam’s first mashbill innovation to use Brown Rice (a mashbill previously used by Beam but the very first one they used). Freddie personally helped procure and distill this brown rice but they had previously ran it.

This 3-Year-Old Malted 100% Rye Whiskey component of Little Book Chapter 5 is what Freddie described to us as a total “s**t show”. He got a call around 4:30 in the morning from the third shift supervisor who asked him where he was. He knew something was wrong and when he walked through his office he said “OH GOD” and she said “Yup, that’s just the first one” as there’s a waterfall erupting from the fermenters because the tops had blown off. What they ended up having to do was lower the amount that went into the fermenters instead of filling them up like normal because all hell broke loose.

The 3-Year-Old Malted 100% Rye Whiskey has some strong notes of Toasted Sourdough Bread on it which was hard to get from the nose but when you sip it this liquid really opened itself up to you. There hasn’t really been anything in the whiskey world quite like this until now, a 3-Year-Old Malted 100% Rye Whiskey, so it’s another very exciting component of the Little Book Chapter 5: The Invitation. 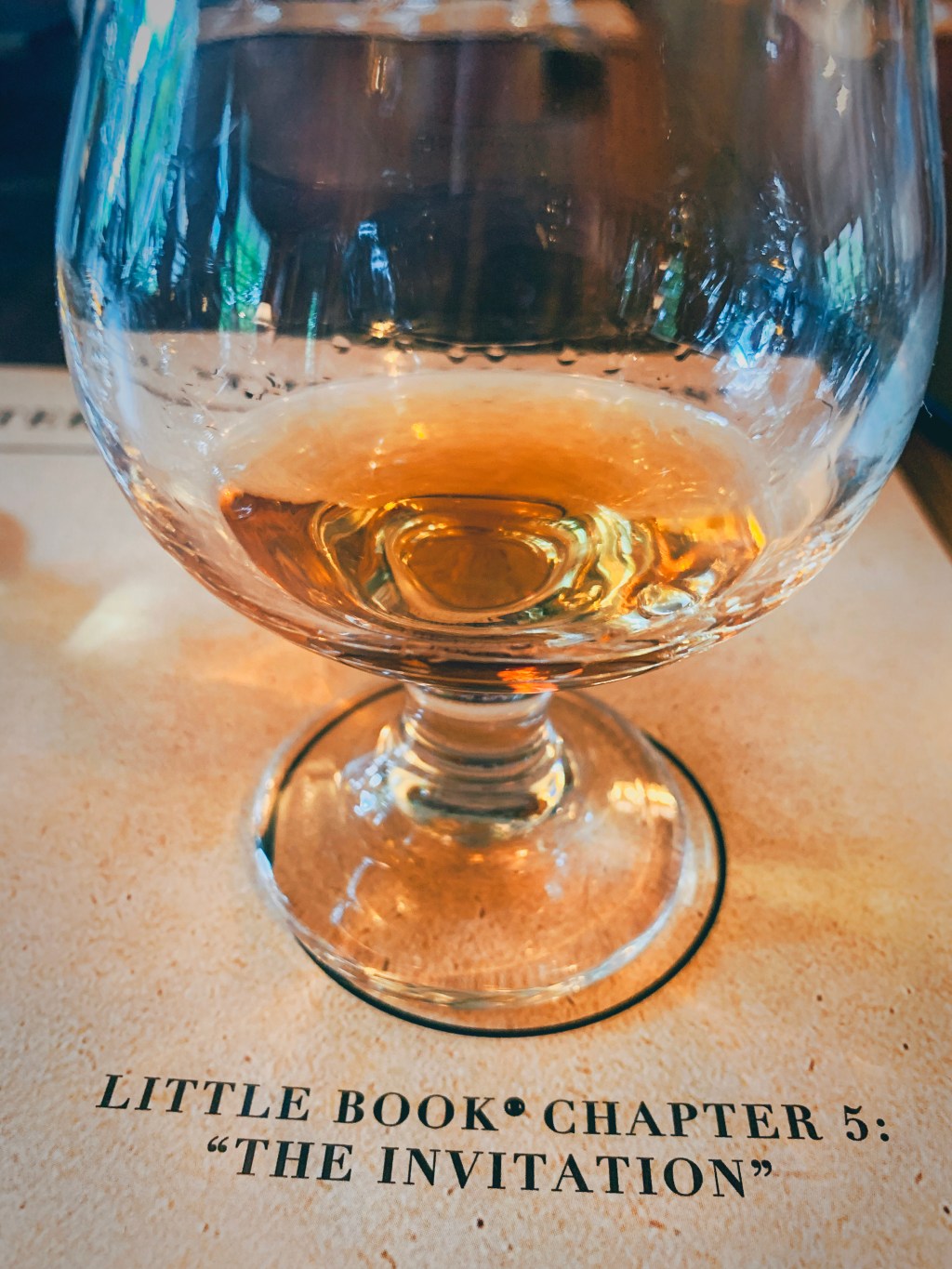 Another very cool component of the Little Book Chapter 5: The Invitation release is the announcement of Barreled & Boxing from the James B. Beam Distilling Co. This marks Beam’s first foray into the realm of DTC.

For anyone living in Kentucky or Washington D.C., they can sign up on the Barreled & Boxed website in hopes of being one of the first people to get a spot in their exclusive club limited to 500 members at first.

The first shipment will be Fall 2021 and it will include a bottle of the Little Book Chapter 5: The Invitation AND a very special limited rebottling of Little Book Chapter 1: The Easy. I was fortunate enough to be one of the first people to sample Chapter 1 when Freddie first debuted Little Book and I fell in love with this limited release on day 1.

I was working remotely at the end of that summer up in The Adirondack Mountains and had the bottle shipped there. I can’t think of another release that I drank as quickly as that because it was so good. So to see Chapter 1 bundled with Chapter 5 for the Barreled & Boxed release is pretty special.

That’s just the FIRST offering from Barreled & Boxed. They will ship one box every 3 months (4 per year) containing two bottles of the “most sought after bourbons or newest releases” straight from the distillery to your doorstep.

So check that out on the Barreled & Boxed website, get signed up if you’re in D.C. or Kentucky, and they’ll notify you with a code once that program is officially live.