These Are The Most Googled Car Brands In Every Country In The World For 2018 (Sorry, Chrysler) 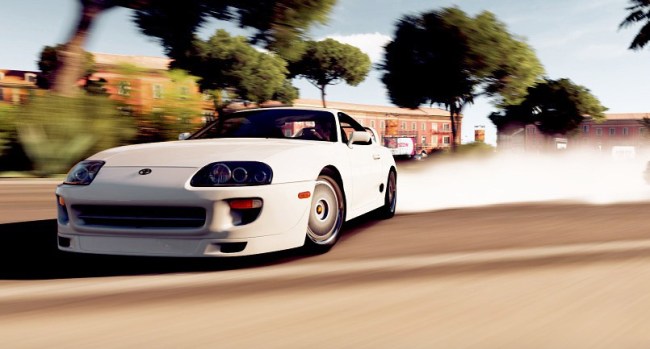 A new study has revealed the most Googled car brands in every country in the world for 2018 based on web search from the past 12 months.

The data, compiled by insurance company Veygo, is made up of Google searches from September 2017 to September 2018, separates the data out by country and places it on the handy map you see below.

Some highlights of what they discovered…

• Toyota dominates the map, as the most searched brand in 57 of the 171 countries we looked at, with BMW leading 25 countries and Mercedes-Benz 23.

• Toyota was also the most searched globally with 7.8m searches per month, followed by Honda (7m) and Ford (6.4m).

• While the majority of countries search for the cars that they’re likely to actually buy, 12 countries around the world conduct more searches for the luxury sport car brand Lamborghini, than any other.

• Seven countries have embraced Elon Musk’s eco-friendly alternative, with Tesla their most searched brand (including Norway, the Netherlands and Hong Kong).

As for the least searched car brands, coming in last was Pagani, Perodua (no idea), Tata Motors (like the name), Maurti Suzuki, and, umm, Acura? Yes, Acura. Chrysler wasn’t far behind. 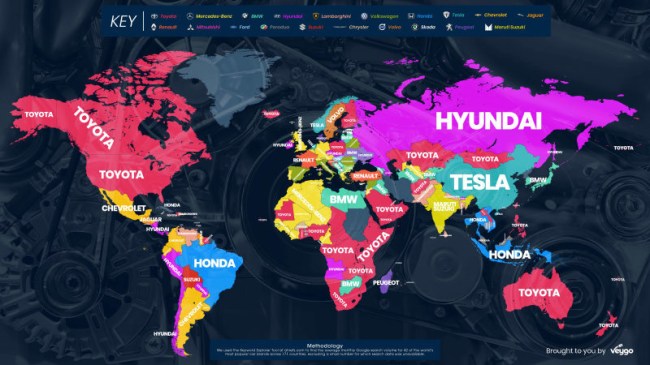 Check out a chart listing the search totals for each and every brand here.