Samsung Galaxy S11 Shaping Up To Be A Monster Of A Phone, In Size And Camera Capabilities

#Phones
BroBible may earn a commission if you buy a product or service via links in this article.
by Paul SaccaNovember 16, 2019 3:09 pm 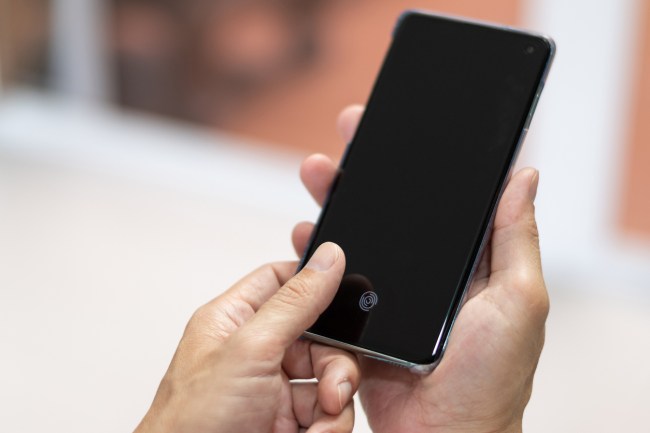 According to several rumors from credible tech sources, the Samsung Galaxy S11 will be huge in size, plus the flagship phone will also have a monster camera. The latest rumors give us expectations of the Galaxy S11 capabilities, specs, will it have a headphone jack, price, and release date.

Tech bloggers leaked potential details of the Samsung Galaxy S11 this week. Reliable smartphone leaker Evan Blass claims to have inside information about the upcoming Samsung flagship. Blass claims that the Galaxy S11 will be available in three different models — the S11e with a 6.4-inch screen, the S11 with a 6.7-inch display, and the monstrous Galaxy S11 Plus flaunting a 6.9-inch screen (nice). To compare to the current Samsung Galaxy S10 lineup that comes in 5.8 inches, 6.1 inches, and 6.4 inches. All of the models will have a curved screen.

Guess what, Evan Blass just revealed a few things about the upcoming the S11 Series and they line up with my tweet earlier (linked below). S11e indeed seems to be getting a 5G variant as an option & same with the S11, while S11+ may be in 5G-only unless Samsung changes plans. https://t.co/d5ZbNp726P pic.twitter.com/7MmamDjklj

The Galaxy S11 Plus comes only with 5G connectivity. There are rumors that the Galaxy S11e and Galaxy S11 will have an LTE/4G version and a 5G version of the phone.

It won’t only be the screen that will be giant, the S11’s camera sensor will also be massive. The S11 lineup will reportedly boast a super oversized 108-megapixel camera sensor. That means that the images will be sized 12000 x 9000, equaling 108,000,000 pixels.

Other rumors claim that the S11 will have a smaller hole-in-display (HID) pinhole selfie camera built into the screen, a super-smooth 120Hz display for gaming, and a massive 5,000 mAh battery.

Galaxy S11, iPhone 12 Pro, OnePlus 8 Pro and some others will get 120Hz displays next year 🥳🙌🏻 pic.twitter.com/hTOpcjZyEO

This is the Galaxy S11 rendering I made, based on the leaked information, don't take it seriously, it's just my imaginary. pic.twitter.com/CunwipElFP

One feature that probably won’t be offered is a headset jack. According to several reports, Samsung will finally give up on the headset jack after being one of the last phone manufacturers to provide the physical jack.

Also supposedly missing will be the Bixby button that many users despised. The new Samsung phone will allegedly have two buttons: a volume button and a power button.

There are rumors that the Samsung Galaxy S11 has a reveal date of February 24, 2020, which is when Samsung enthusiasts can pre-order the newest flagship phone. The actual launch and release date of the S11 is said to be March 6, 2019.