#Cameras
BroBible may earn a commission if you buy a product or service via links in this article.
by Paul SaccaFebruary 27, 2018 8:33 pm 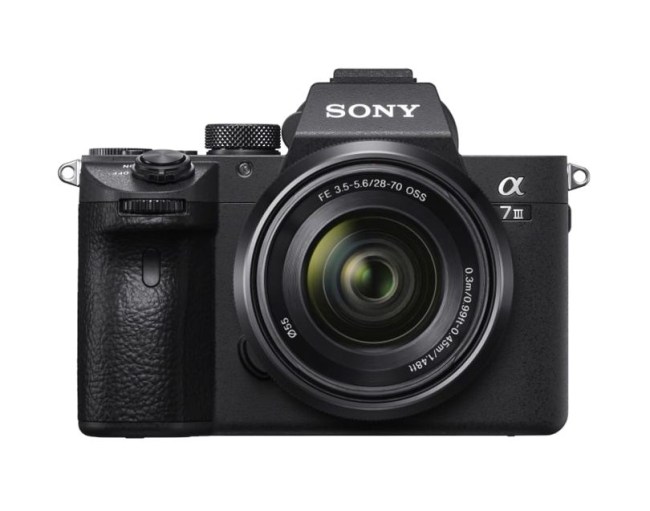 The A7 III features a 24.2 MP sensor and the ability to capture video in 4K (3840 x 2160) and has an Exmor R CMOS sensor with a back-illuminated design. The Alpha A7 III comes equipped with the latest BIONZ X image processor and capable of shooting at 10fps. You can easily capture action or sports photos with the Alpha A7 III because this new model can shoot 177 consecutive JPEG images. The sensitivity range has been greatly improved and now has an extended ISO ceiling of 204,800.

The camera has much-improved battery performance for up to 710 shots, an impressive improvement over the 350 shots of the Alpha A7 II. Sony claims that is the longest battery life of any mirrorless camera. The Alpha A7 III is said to be available in April and will be priced at $1,999 for the body only or $2,200 with 28-70 mm F3.5-5.6 kit lens.