#cigars
BroBible may earn a commission if you buy a product or service via links in this article.
by Cass AndersonJuly 13, 2020 9:35 am 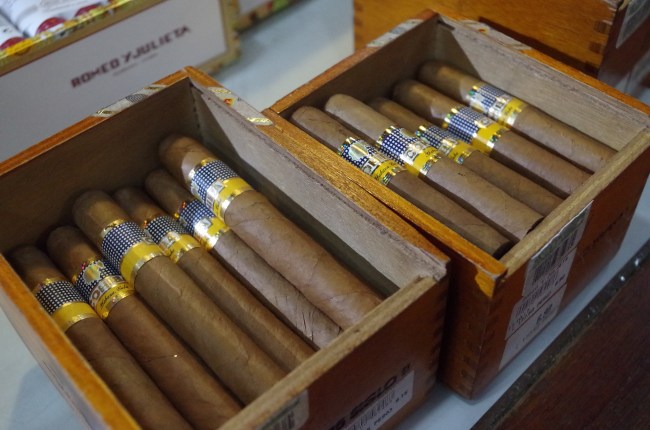 I appreciate a fine Cuban cigar as much as anyone but my expertise on these indulgences is pretty limited. I’ve never traveled to Cuba, unfortunately, and the only cigar factory I’ve ever toured was in the Dominican Republic so I’m not really super well-versed on the actual manufacturing process outside of rolling the cigars themselves.

But I do know that I’ve been forced to pay an arm and a leg for Cuban cigars on many occasions and there have been zero assurances that I was buying something legitimate. I think the only time in life I think I was pretty certain the Cuban cigars I purchased were legit was at a cigar shop in Andorra (between Spain and France) where the boxes of Cubans were all stamped and sealed in an unbreakable manner and the owner of the shop took cigars so seriously I couldn’t imagine that guy ever selling counterfeit products.

It’s estimated that up to 95% of all ‘Cuban cigars’ in the United States are actually counterfeit cigars. That’s obviously an enormous problem. But what is it about Cuban cigars that make them so expensive and desirable that people are willing to risk a 95% chance that the cigars are fake??

This clip breaks down the major factors that make Cuban cigars the most desirable on the planet. Business Insider has spoken with cigar experts to determine what makes them the best despite the interest in Nicaraguan cigars skyrocketing in recent years. I’ve also got some of the text from this clip down below the video if you’d rather read than watch. It’s your call:

If you didn’t have time to watch that clip, here’s the explanation from Richey Morin Rico on the major factors contributing to Cuban cigars being the most desirable on the planet:

What really blows my mind is the United States is the only country in the world that cannot legally import Cuban cigars but the USA is also the highest consumer of cigars (per capita) on the planet. It’s expected the Cigar industry market will reach $21 billion within the next five years but this country continues to cut out the best on the planet.

Some of the desirability of Cuban cigars is certainly tied to our inability to purchase them regularly. But the manufacturing, climate, tobacco, and tradition mentioned above are all the major contributing factors.

For a full rundown of the video’s text, you can visit Business Insider where they transcribed the entire clip.