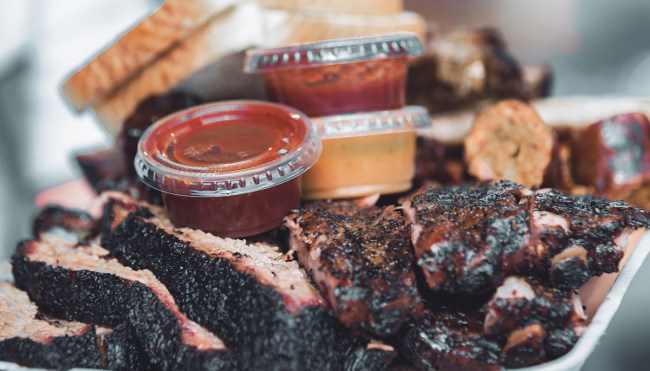 However, things get a little complicated once you take a closer look, as there’s no better way to get foodies fired up than a debate about which of the signature styles favored by the country’s many unique regions reigns supreme

While there are historically four widely recognized subsets of American BBQ (Memphis, Carolina, Texas, and Kansas City), it’s a complex and evolving scene that features a number of subsets and unfairly overlooked areas of the country.

We’re not here to advocate for any of them in particular, but if you’re curious about learning more about all of them, you’re in luck: here’s our virtual tour of a dozen different styles you should check out so you can figure out the G.O.A.T. for yourself. 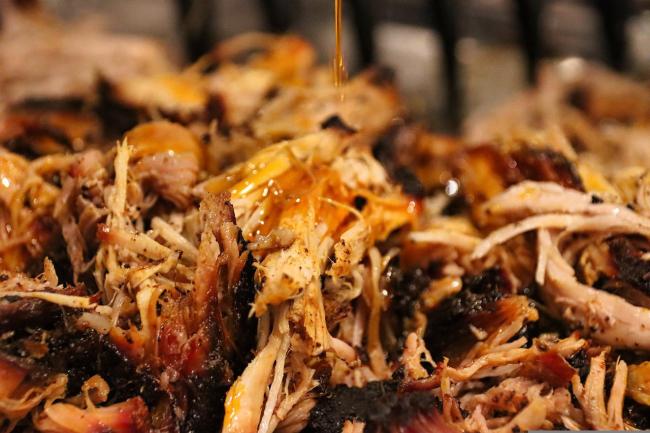 Shredded, sliced, chopped, or pulled, North Carolina BBQ is all about smoked pork with a thin, spice- and vinegar-based sauce.

It should be noted, however, that Eastern NC favors a whole hog BBQ with the vinegar sauce, while Western NC favors pork shoulder with a vinegary sauce that may sometimes include tomato.

Once more, we’re gonna breakdown this state into a few regional styles:

Western South Carolina BBQ uses a variety of meats with a ketchup and pepper-based sauce.

Mid-South Carolina barbecued meats are slathered with “Carolina Gold” sauce, made from mustard, vinegar, brown sugar and other spices.

While you can find a bevy of different sauces and influences around this surrounded-by-other-BBQ-states-state, you’ll likely find one style that is celebrated throughout: smoked chicken and pork shoulder squirted with a healthy dose of white sauce. 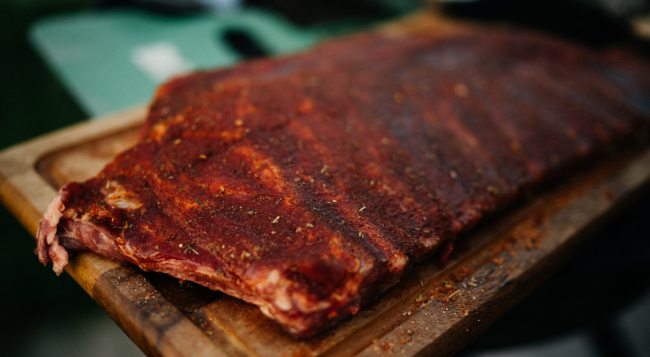 Memphis barbecue is typically comprised of pork ribs or chopped pork (you can get ’em ‘wet’ with sauce or more commonly, ‘dry’ with a spice rub) as a platter, on a bun or even on pizza or nachos.

Kentucky style can actually be broken into two sub-categories: Western and South Central.

In the West, a typical dish is smoked mutton shoulder with a Worcestershire-based sauce.

In the South Central area, smoked pork shoulder is often sliced thin, then sauced with a zesty blend of vinegar and peppers, and served over white bread.

If you’ve ever tasted K.C. Masterpiece, you probably wouldn’t be too surprised that Kansas City-style barbecue is all about the thick and sweet tomato- and molasses-based sauce. All barbecue meats are equally celebrated in KC. 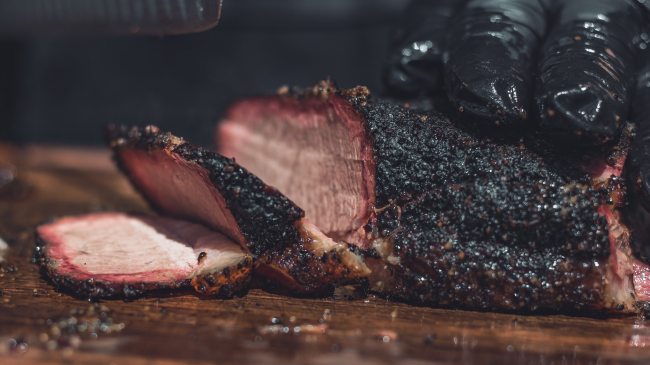 This is another barbecue Mecca that’s broken down into a few sub-styles:

Eastern Texas barbecue is one of the most popular types of southern barbecue. Beef brisket or pork is often chopped instead of sliced and served with spicy BBQ sauce or hot sauce.

Central Texas barbecue is a meat lover’s paradise, where protein always takes the center stage while sides and sauces are secondary. Central Texas is known for its smoked sliced brisket, ribs, and sausage.

South Texas is known for barbacoa – a rich, succulent mess o’ meat from the cow’s head that originated in either the Caribbean or Mexico depending on who you ask.

OK BBQ is a hybrid style, meaning you could find yourself with Kansas City-style sauce or a Memphis style rub, and a wide range of meat selections including smoked beef brisket, ribs, chicken, sausage, turkey and even bologna sausage.

This is a somewhat under-the-radar barbecue style in most parts of the country, but it’s also the obsession in Santa Maria and other parts of California. Beef tri-tip (a cut that comes from the bottom sirloin subprimal cut) is seasoned with salt, pepper, and garlic salt before grilling, slicing, and serving. 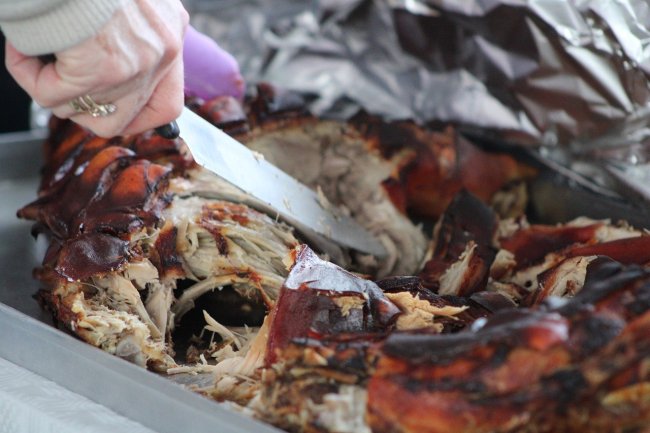 Hawaiian barbecue is sort of just what you get when cooking whole-hog style in a hot underground pit. This Polynesian tradition doesn’t extend much more beyond this, and so it only barely registers as an American barbecue tradition. Still, if you’re in Hawaii, you shouldn’t miss out on some smoky delicious luau pork.