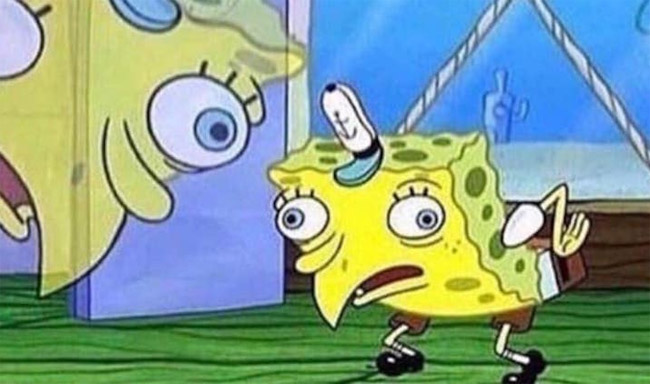 April Fool’s Day is one of the best days of the year. On no other day are you “legally” allowed to play jokes and pranks on your friends, family and co-workers and have a built-in excuse. Some people will go to great lengths to pull off elaborate gags on those around them but sometimes it’s just as fun to play smaller, simpler pranks on as many people as possible throughout the day. That’s where we come in. Here are 50 pranks you can play on people with very little effort, yet still reap much joy out of the end results. (And be sure to add your own great April Fool’s Day gags in the comments so we have even more ideas!)

50. Borrow someone’s cell phone and change the language setting to a foreign language.
49. Change the language for Google on someone’s computer.
48. Change the coffee in the office coffee maker to decaf.
47. Swap the signs on the men’s and ladies’ rest rooms.
46. Hide scented air fresheners all over someone’s office.
45. Add food coloring to milk that comes in a cardboard container.
44. Add food coloring to the windshield washer fluid of someone’s car.
43. Switch around random keys on someone’s keyboard who isn’t a very good typist.
42. Switch the Push and Pull signs on a set of doors.
41. Hide food in a trash can and when someone comes by grab some and eat it.
40. Replace Oreo cream-filling with toothpaste and offer one to someone.
39. Dip the tips of someone’s cigarettes in Orajel so their lips will go numb.
38. Bring multiple sets of clothes to work, change every hour, and act like nothing’s different.
37. Cup some water in your hand and pretend to sneeze on the back of someone’s head.
36. Take something from someone’s office and leave them a ransom note.
35. Add several odd appointments with alarms set to go off during the day to a co-worker’s Outlook calendar.

34. Hide all of the desktop icons on someone’s computer and replace the monitor’s wallpaper with a screen-shot of their desktop.
33. Put a “Please Use Other Door” sign on the entrance to your office building if it only has one entrance.
32. Put a balloon on the tailpipe of a someone’s car so it will pop when they start their car.
31. Glue the headset of someone’s phone down to the cradle.
30. Take the door knob off a door and put it back on backwards, then lock it and leave the door open.
29. Put plastic wrap around the door frame of a commonly used door.
28. Cover a toilet seat with plastic wrap.
27. Take a squirt gun into the rest room stall next to someone and shoot little drops over the wall every couple of seconds while pretending to pee.
26. Leave a note on someone’s car apologizing for an accident that never actually happened.
25. Glue all the eggs into the carton.
24. Hard boil all the eggs in the carton and place them back in the refrigerator.
23. Paint a bar of soap completely with clear nail polish so it won’t suds up.
22. Turn every setting in someone’s car to the maximum: the heat, the radio, the wipers, the seats, etc.
21. Place a small piece of Post-it note over the ball under someone’s computer mouse so that it won’t work.
20. Switch the handles on the refrigerator to the side that doesn’t open.
19. Conference call two people then don’t say anything, just listen.
18. Place a ‘house for sale’ ad in the newspaper for someone’s home.
17. Paint the tips of someone’s pen and pencil with clear nail polish so none of them work.
16. Hide a small radio in the ceiling tiles above someone’s desk and turn it on very softly.
15. Fill someone’s hair-dryer with baby powder.
14. Put marbles in the hubcaps of someone’s car.
13. Leave cryptic notes warning someone of an impending prank then do nothing all day.
12. Rubber band the sprayer on the kitchen sink into the “on” position.
11. Place a pair of pants and shoes inside the only toilet stall in a rest room to make it appear someone is using it all day.
10. Pour vegetable oil on the exhaust of someone’s car so it will smoke when started up.
9. Hide an alarm clock in someone’s bedroom and set it for 3:00 a.m.
8. Remove the shower head and place a Lifesavers candy in it, then put the head back on.
7. Remove the shower head and place a chicken bouillon cube in it, then put the head back on.
6. Rearrange somebody’s drawers or file cabinets in a different order.
5. Tape magnets to the bottom of a cup, put it on the roof of your car and drive around.
4. Put food coloring in the hand soap dispenser.
3. Put an ad in the paper for a garage sale at someone’s house beginning at 6 a.m.
2. Buy some underwear, write a co-worker’s name in them, then leave them on the floor of the office bathroom.
1. Install the Blue Screen of Death screen-saver on someone’s computer.

Got a good one to add? Please share it in the comments below!!