How To Tell If You’re Being Catfished Online 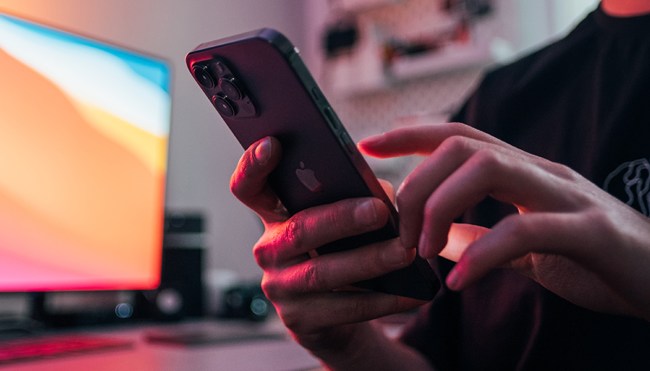 I’ve never really been a big fan of MT, mainly because shows about 16-year-olds with babies and 20-something-year-olds who cause drama on television in pursuit of fame don’t really do much for me.

However, the show Catfish was one of those weird cultural things that caught my interest. The series (which was inspired by a 2010 movie of the same name) centers around people who fear they’re being “catfished,” a term used to describe situations where someone they met online is pretending to be someone they aren’t.

Catfishing became a widely-known concept because of the whole “Manti Te’o fake girlfriend” thing, and it actually happened to me a few years ago. Thankfully, I was able to do some detective work and found out the person in question was stealing Facebook pictures from someone who lived in Arizona, and along the way, I picked up some tips and tricks that you can deploy if you’re afraid you’re in a similar situation.

This can be easier said than done, and only really applies in situations where you’re communicating over e-mail or certain online forums (social media won’t do). With that said, it’s a good tool to have in your arsenal, as there are a few ways to tell if someone is lying about their identity once you look up their IP address.

For example, if someone’s IP address starts with 10, it’s private. That’s a huge red flag. That’s someone who doesn’t want to be located. A more straightforward situation occurs when their IP address is showing up in somewhere Oklahoma when they claim to be in Los Angles, which isn’t a great look.

Also, if they keep e-mailing you while they claim to be “out” and the IP address stays the same, run away. That’s how I caught my guy lying.

This is easily the biggest red flag out there. I know there are the occasional oddballs who don’t do social media, but if this person who just randomly started talking to you online doesn’t have Facebook or Instagram, it’s probably some sort of scam.

You’ll probably get some excuse like “I had a bad breakup” or “The military made me deactivate” or “I’ve been meaning to reactivate it.” That’s almost never true. If they’re trying to pick you up online, they’re not the type of person who doesn’t engage in social media.

In this day and age, tons of people start talking online, but if someone only wants to talk via email, chats, or DMs, there’s probably a reason.

If the person is making up a million excuses as to why you can’t exchange phone numbers, something is fishy; the old, creepy, large, dirty man on the other end of the computer probably doesn’t have the kind of voice you’d expect from the model named Stacey you’ve been exchanging messages with.

2. No Record ON Google

I Google every guy I go out with just to make sure they are who they say they are. Sure, you might run into issues if they have a common name, but if you run a quick search on this person and not one thing comes up—not one award from high school or some mention in the local paper of the town they claim to be from—they’re probably not real.

Everyone has some kind of record on Google.

When I circled back with the aforementioned person from Arizona who had had his pictures stolen (including a few private selfies he sent this “ girl”), we were able to figure out who he had sent the original selfies to.

The person he had been chatting to on Facebook was someone named Adriana who didn’t have a phone number, so he’d been talking to her over email.  For over a year. No one does that. This is NOT a real person.

We eventually figured out the pictures she’d posted of herself were actually stolen from an, um, adult content creator. Now, this should go without saying, but if A) their profile is full of nothing but risque pictures and selfies B) you can’t see their friends or followers list, and C) they just messaged you out of the blue, take it as a sign.

I hate to say it, but you’re not that lucky. Sometimes the truth hurts, but sometimes it’s what you need to hear.