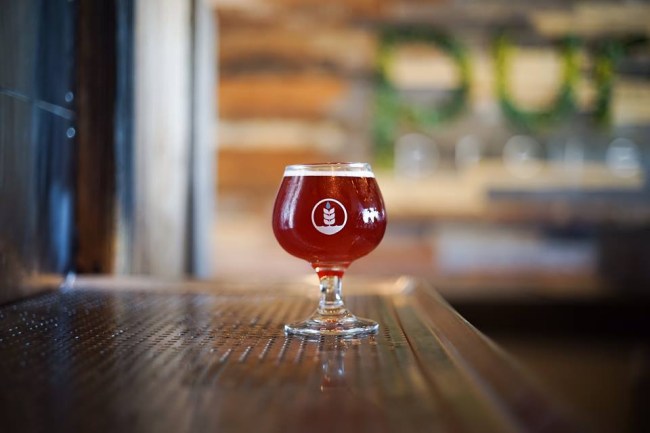 Breweries have become a big player in the traditional ‘bar scene’ across America. Major breweries like Budweiser have been giving tours to the public forever. But, over the past few decades all of the craft and micro breweries across America woke up and realized they have awesome spaces that can be used to brew beer AND to serve beer to customers looking to chill out in a non-traditional bar atmosphere.

In some cities, the best bars are actually also the best breweries. Cities like Portland (Oregon), San Diego, and Asheville come to mind. In honor of National Beer Day on April 7th, this Friday, the folks over at Yelp sent me a list of the 50 best breweries in America right now and I’m a little bit surprised by the top 10. I’m not the world’s biggest beer snob but I’m certainly tapped into the craft beer culture. So I was shocked to see #’s 3 through 5 on the list were breweries I’d never even heard of.

Something of note is the state of California is absolutely dominating these rankings. Now, without further ado, here’s the list of the 50 best breweries in America right now, according to Yelp:

Am I the only one shocked that the Dogfish Head Brewery isn’t on this list? I’ve never been there in person but I’ve always heard stellar things, and they brew some of the best beer in America.

If you’re wondering what constitutes ‘best’ in this case, here’s the methodology Yelp used to compile this list of the 50 Best Breweries in America:

This is a list of the best breweries in the United States according to Yelp. All the businesses on this list are in the Breweries category on Yelp and serve their own brewed beer. “Best” is measured using an algorithm that looks at the number of reviews and star rating for a business.

I guess I need to check out Pure Project ASAP. It’s been a few years since the list time I was in San Diego, but I’m hoping to get there within the next couple of months for vacation, so I’ll have to hit a bunch of the breweries on this list.