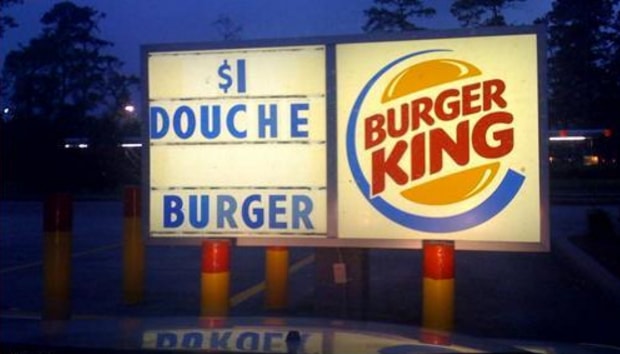 I did not even know that Burger King had an Instagram. Not that I didn’t know, I just never thought about it. The notion of following any social media accounts of fast food “restaurants” seems ridiculous. People don’t need photos of Big Macs in their feed. Our society has enough obesity problems without being inundated with photos of greasy burgers every 11th pic on Instagram. Not only does this dude follow Burger King on Instagram, but he also posts complaints to the company on Instagram. Which is a BIG mistake.

A gentleman named Jordan frequented a Burger King, but the service was not as speedy as he would like so he posted a complaint on Burger King’s Instagram as first reported on The Chive.

“My girl legit took 20 minutes ordering in the drive thru last night, those whoppers were worth it tho lol.”

It appears that his girl he took on a romantic date to Burger King was not Shanlee, who is under the impression that she was his girl. 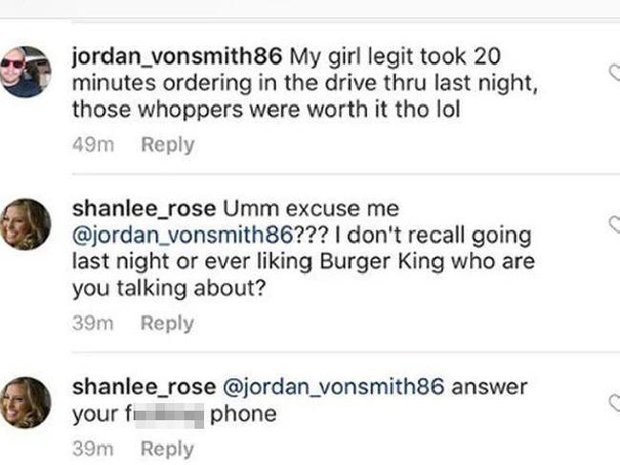 Jordan claims he was “just catching up” with a female friend. 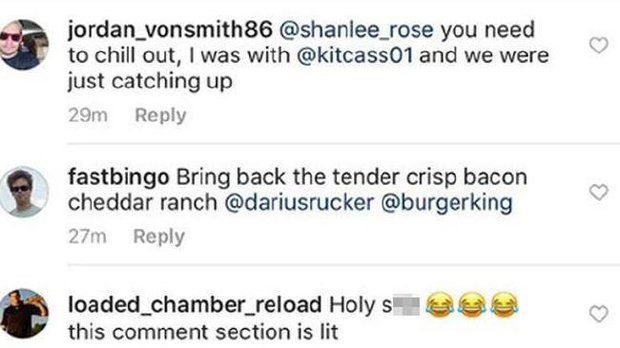 One individual couldn’t be bothered with all the relationship drama, he just wanted former Hootie & the Blowfish lead singer Darius Rucker to bring back the tender crisp bacon cheddar ranch sandwich. And who could blame him, Darius has a fantastic voice, even singing about chicken tender sandwiches. 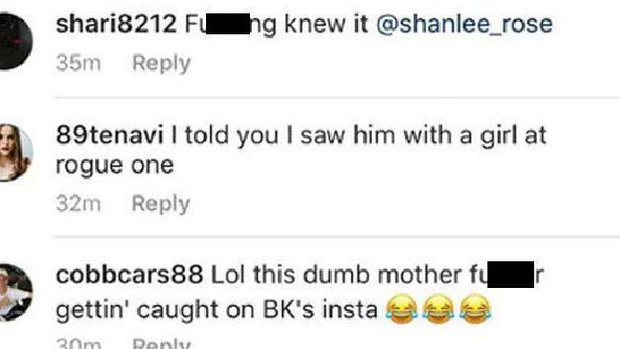 Turns out that Shanlee’s friends were also suspicious of Jordan. 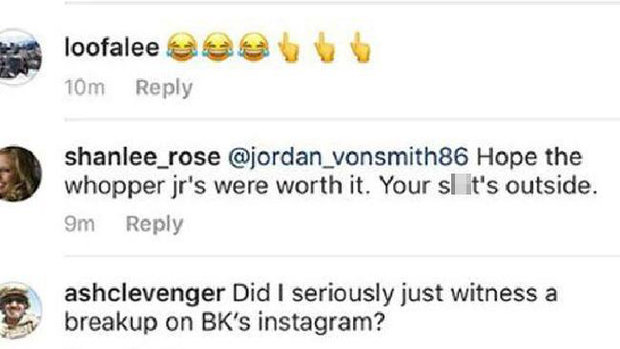 And faster than your order of Chicken Fries, BK Stacker, and Hershey’s Sundae Pie, Jordan was dumped and had his shit thrown out to the curb. What a fucking dunderhead. So much for having it your way.

Imagine this shit-for-brains when he’s 82-years-old telling his grandchildren, “I pushed the love of my life away forever.” And his grandkids ask, “How did it happen grandpa?” And he responds, “Well, I went to Burger King with your grandma when we were young and the order took too long so I commented on their Instagram page.” “Grandpa, what’s Instagram?”