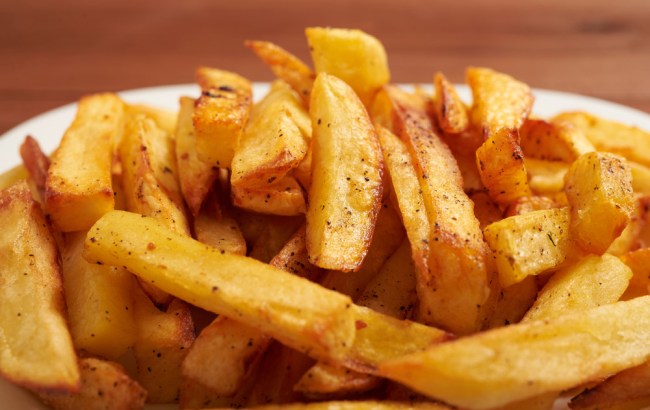 French fries are the freaking best. Anyone who says otherwise is not a person I want to know or be associated with…ever. It’s just one of those indisputable facts as far as I am concerned.

Ummm… yeah, that is definitely going to cause some disagreements. I don’t care if this list was created by conducting “a poll within FR Headquarters as well as the restaurant community” as they stated. There are some obvious flaws as anyone with a brain can clearly see. Or anyone who happened to see the chart on Twitter. That too.

I don't want to live in a world where Belgian fries are ranked higher than shoestring fries. We deserve so much better.

if we're out here calling tater tots french fries then cookies are cakes, ketchup is a salad dressing and sushi is a sliced burrito

I will have all the tater tots that you anti-tot heathens turn your backs on.

tater tots are NOT french fries. im so mad about this i am going to take my shirt off. spittle is flying from my lips

The disrespectful placing of curly fries is something I will not condone. pic.twitter.com/6kPv5tdKwU

Shoestring fries are hash browns in disguise. Disqualified in my book

Everyone on this website is wrong about Fries. This is why Trump won.

True. I don't how it works that I will travel 18 hours for poutine but wouldn't cross a table for cheese fries https://t.co/qKShgebOHX

One must not simply rank French fries 😭 they are all potatoes and we must love them equally 😭😂😭 https://t.co/2XVzptr3ml

Ranking french fries is like ranking my children. Of course I like one the most but I love them all.

But this is just too important an issue apparently…

i want to drown in french fries❗️