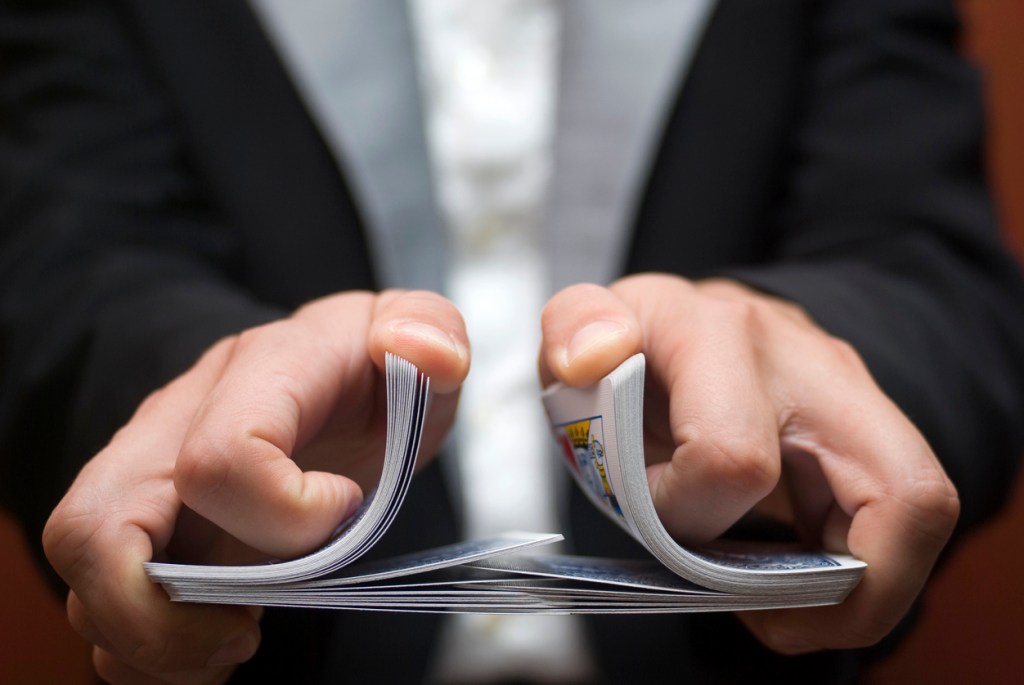 If you were to shuffle a deck of 52 cards and lay them out the possible order combinations are practically endless. The total number of combinations is a factorial of 52, or 52!, which translates to 8.06e+67, a number that means absolutely nothing to me.

I probably haven’t thought about Factorials in Math since college. The last class/time I can remember having to use them was in Econometrics. That class was miserable, and the only good thing to come out of it was the teacher convinced me to read The Ultimate Hitchhiker’s Guide to the Galaxy by Douglas Adams.

This isn’t a boring ass and explanation of factorials like I probably got back in that class, no, this explanation of how many order combinations there are in a 52-card deck of cards just shredded my brain to pieces.

I came across this explanation of how many order combinations there are in a 52-card deck of cards in an AskReddit thread about ‘coolest mathematical facts’, which I thought was an oxymoron until I read this…

I’ve seen a really good explanation of how big 52! actually is.
Set a timer to count down 52! seconds (that’s 8.0658×1067 seconds)
Stand on the equator, and take a step forward every billion years

When you’ve circled the earth once, take a drop of water from the Pacific Ocean, and keep going
When the Pacific Ocean is empty, lay a sheet of paper down, refill the ocean and carry on.
When your stack of paper reaches the sun, take a look at the timer.

Each time you get a royal flush, buy a lottery ticket
Each time that ticket wins the jackpot, throw a grain of sand in the grand canyon

When the grand canyon’s full, take 1oz of rock off Mount Everest, empty the canyon and carry on.
When Everest has been leveled, check the timer.
There’s barely any change. 5.364×1067 seconds left. You’d have to repeat this process 256 times to have run out the timer. (via techniforus)

That Math Has Broken A Lot Of Brains, Here’s Another Quote To Help You Understand

Did I just have an LSD flashback because it feels like that’s exactly what just happened while trying to process this information? If that explanation wasn’t crazy enough, check out this quote:

“Any time you pick up a well-shuffled deck, you are almost certainly holding an arrangement of cards that has never before existed and might not exist again.” – Yannay Khaikin…..Why do I feel like I’m suddenly in one of those ‘this is your brain on drugs’ commercials from the 1990’s?

So if you are ever feeling ordinary or boring, just go shuffle a deck of cards. There’s a VERY good chance that the unique combination of cards you create is unique and the only time that has existed in history.

There was some other mind-blowing math facts in that AskReddit thread, and you can read through all of them HERE, but nothing that really fucked with my mind quite like the explanation of how many card combinations there are.