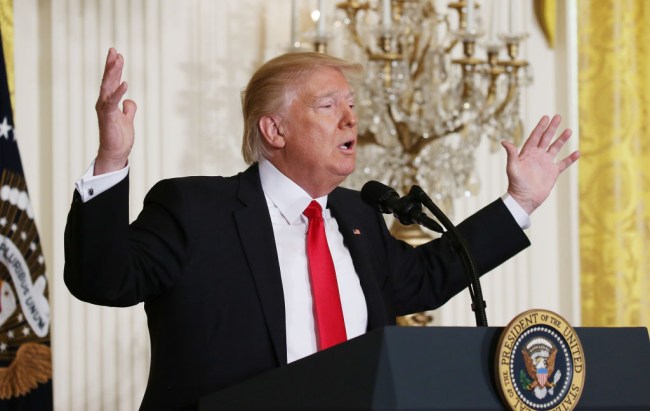 When you’re the President of the United States, you more or less can do what you want with your time once you’re in office. For Trump’s one-month-old Presidency that means vacation and skipping out of the cesspool swamp that is Washington D.C. for the weekend, even at great taxpayer expense.

But, like anyone, the Secret Service doesn’t work for free. Trump’s travel expenses are apparently on pace to trump Obama’s, which Republicans were notoriously critical of. via the Washington Post:

Presidential families have for decades been guaranteed round-the-clock protection, no matter the expense or destination. Every presidency has brought new operational challenges and lifestyle habits, from George W. Bush’s frequent stays at his remote ranch in Texas to Obama’s annual trips to Martha’s Vineyard and his native state of Hawaii. Judicial Watch estimated that Obama-related travel expenses totaled nearly $97 million over eight years.

But based on the first four weeks, Trump’s presidency appears on track to cost hundreds of millions of dollars more.

The burden is especially acute for the Secret Service, the presidential protection force that has endured years of budget short­ages, low morale and leadership shake-ups, including the announcement this week that its director, Joseph Clancy, is stepping down.

It will be interested to see if the same Republicans that were so vocally critical of Obama’s traveling on the taxpayer time will be just as critical of Trump doing the same but much more lavishly.

He is a billionaire, after all.