The best road trip stories are the completely random ones. It’s been decades since you’ve been able to get McPizza, a ’90s food fad that offered ‘za at McDonald’s locations around the country. According to Munchies, there are only two places in America where you can still score pizza at McDonald’s: Spencer, West Virginia and Pomeroy, Ohio, both franchises owned by the same person.

Three 20-something Canadian Bros — Mitchell Boughner, Nathan Dallaire and Dan Sutherland — somehow started talking about the subject as a group of friends one day. Then, in a moment of impulse when all three were back in their hometown of London, Ontario, they decided to fill up the gas tank and take the trek into the States, traveling over a thousand miles round trip to taste Mc’Za. It was eight hours each way.

They documented the adventure in the video above and chatted with Munchies about the trip. Go read it here.

When was the last time you actually had McDonald’s Pizza?
It would’ve been back when we were just kids, in the 1990s. I’m 25, Dan’s 25 and Nathan’s 24. It definitely would’ve been a long time ago.

Did you have some kind of really great memory attached to it?
No, we knew it was completely mundane and mediocre. It was more about the story behind [the trip].

Have to wonder if ‘Za at the Golden Arches will ever make a comeback. Hard to see that ever happening. 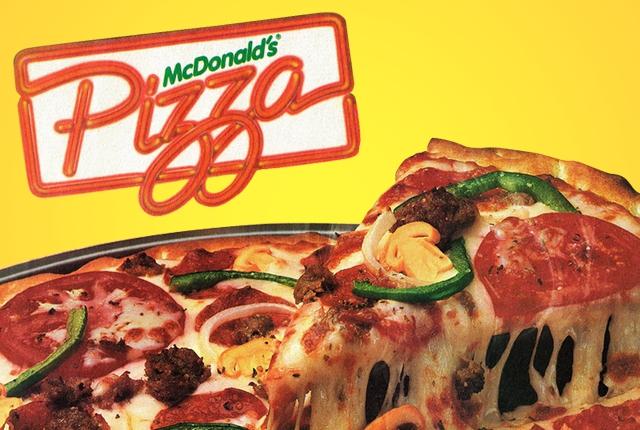 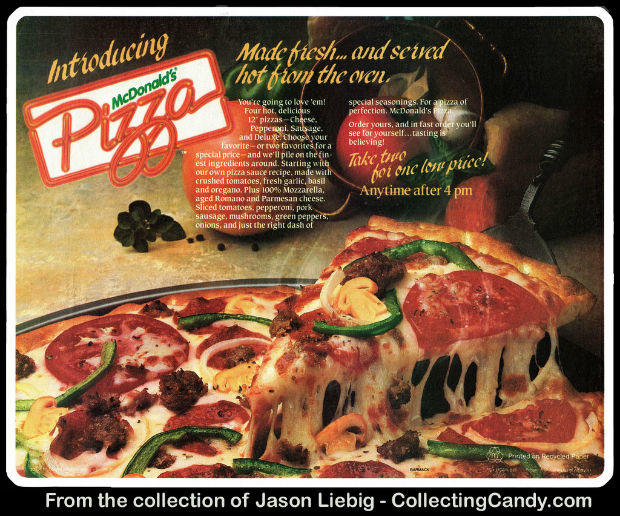