Every Year Of Your Life In School, Ranked From Worst To Best 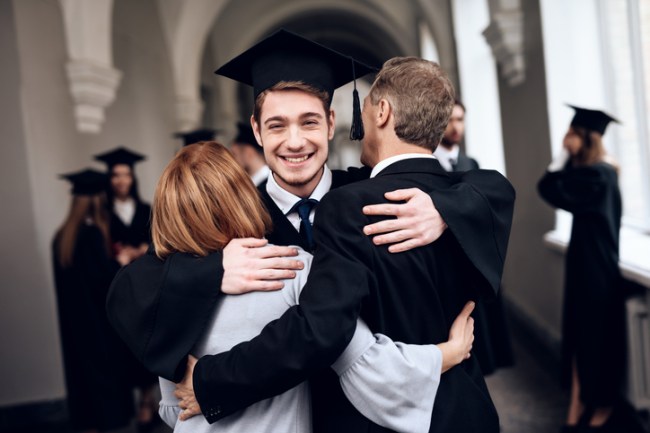 Let us set the scene, shall we?

I was recently sitting around, chatting with a friend. This friend, we’ll call her “Liz” was sipping on a Mountain Dew, prompting me to say that she must not care about her sperm count.

“Mountain Dew supposedly lowers a dude’s sperm count,” I said. “At least that’s what they told me in middle school.”

“Ah, okay,” she said, before adding, “Middle school was the best.”

That’s an incredibly inaccurate statement by all measures, so I quickly corrected her, saying that “high school and elementary school were better.”

And with you now brought up to speed, here are grades Kindergarten through 16 (i.e. senior year of college) ranked, from worst to first.

Does it get any more insignificant than 7th grade? The novelty of the I’m-not-an-elementary-schooler-anymore feeling has completely worn off and you still get shit on by 8th graders. You have to take weird classes like Home Ec and Tech Ed that couldn’t be less relevant for 12 and 13-year-olds. I mean, please, give me one scenario at any point in my life where I’ll need to know how to build a bridge out of toothpicks.

To top it off, you’re at the height of your adolescent awkward phase where your voice ranges from Tweety Bird sucking in helium to Barry White doing a Shaft impression, Oh, and your face looks like the “Before” picture in a Proactiv commercial. 7th grade: a whole bunch of L’s built-in from start to finish.

In 11th grade, there are the SATs, Driver’s tests, College applications, possibly getting recruited for sports, and of course, RESPONSIBILITY.

If I had a dollar for every time an authority figure told me that “your junior year of high school is the most important year of your life!”, I would have enough to buy my own used Honda Civic, instead of needing to borrow my older brother’s when I’m looking to ride around town smoking weed and listening to Jadakiss.

I mean, 1st and 2nd grade were easy. But Social Studies? Division? Third grade is when the shit gets real, kid.

The sophomore year of college is when you are faced with the daunting reality that is realizing you actually came to college for a reason other than drinking 30 beers a night at house parties and hooking up with sloppy chicks looking to get threesomes “out of their system?” It’s a tough business and you better start doing some extracurriculars and internships to make up for the 2.4 GPA you racked up your freshman year if, at some point down the road, you want to squeeze a job out of that $80K education.

Oh, and an AIDS test, better get one of those too.

4th grade is the 7th grade of elementary school. You’ve only got two more years left at the school and while you’ve got some peons below you, you’re still not the king of the school so you still don’t matter. Your mom still has a say in what you wear but you have just enough freedom to wear your favorite jersey twice a week should you choose. Limited freedom is essentially the game in fourth grade, as you have some, but not enough for it to mean all that much.

Your junior year of college is the same as your junior year of high school. Both are essentially the “buckle-down” year. However, it’s four spots higher than its high school counterpart because this is the year that most college students turn 21. No more fake ID’s from the hometown guy who kinda looks like you but only because he’s the same race. No more finding out what color marker the bar is using so you can mark your own hand and sneak in the bar. You’re legal now and here’s an actual picture of me with my real birthday and eye color to prove it. Now let me in so I can spend the “book money” my mom gave me on tequila shots.

By the time tenth grade rolls around, you’ve likely established what clique you’ll be running with for the rest of high school, for better or worse. On top of that, your sophomore year’s social experience largely hinges upon whether or not someone in that new clique of yours has a driver’s license, thus allowing you to get to parties and the like without the assistance of your parents and/or public transportation.

Your mom dropping you off at a kegger isn’t cool. It was never cool and will never be cool.

6th grade is a year full of extreme highs and extreme lows.

I mean, you’re fucking six years old, life is good! It’s your second year in school but nobody is expecting you to grow up yet or show any sort of maturity whatsoever for that matter. Addition and subtraction are easy as fuck so your report card is perfect and your parents buy you presents for your good grades.

Ah, high school. It’s cool, yes. But alas, freshman year is tough when it comes to hooking up with all of the sluttier freshman chicks blowing upperclassmen because… cars. The odds are certainly not in your favor. On top of that, You’ve officially become too cool to do anything in gym class because you’re worried about sweating, and signing up for five honors classes seemed like a great idea when you were a little overachieving middle schooler, but halfway through your 15-page book report on To Kill A Mockingbird you realize that it was really fucking stupid.

It’s not all bad though. You usually get drunk and try weed for the first time in the movie theater parking lot.

Four words: Number Crunchers, Oregon Trail. Second grade is the first time they introduce you to computers and you’re still young enough that they incorporate games into your “learning”. I used to spend hours in the computer lab eating even numbers, shooting buffalo, and fording rivers.

You also learn some valuable life skills, like how to make paper airplanes and rubber band guns so you can torture substitute teachers. Well, provided you don’t die of dysentery of course.

Now we’re getting into straight-party territory. Kindergarten is essentially daycare with like a half-hour of school thrown in each day. It’s where you make your first friends, learn how to share, and discover that dipping an apple in peanut butter is the single greatest faux-healthy snack in existence. It’s like heaven, full of fruit snacks, Connect Four, and jumping as far as you can off of a swing into a pile of wood chips.

Where’d you say you were from? Harrisburg, PA? Sweet, let’s fuck.

No seriously, that’s freshman year of college, or more accurately broken down:

The dorm room draw is so crucial though. I’m not going to say that your success in college depends on your room assignment but it definitely can play a huge part.

This is our first “king of the school” grade on the countdown, as you’ll notice a trend with the next few selections. Given that middle school is the worst of the four levels of school you’ll go to, 8th grade gets the lowest ranking of the king grades.

Remember when I said the biggest comedown was going from fifth to sixth grade? I think I’m changing my answer to the drop-off between partying literally every single day for an entire spring to sitting in the spare room of your parents’ house updating your Linkedin after six hours of mowing lawns that morning.

Every single person that you know who graduated the year before tells you how much it’s going to suck once you also graduate. So how do you prepare yourself? By living your senior year of college like it’s the last year of your life because in many ways it is. Blow off class! Go to Panama City for Spring Break! Play polish horseshoes on the lawn of the Campus Center because who gives a fuck anymore?

A senior year of college is 25th Hour with Edward Norton. And it should be treated like Project X.

Fifth grade is the first year of your life where you actually feel cool. You’ve got hundreds of kids in the school younger than you just dying to be pegged with hard red rubber balls at recess. You go on your first sleep-away field trip where you learn about Truth or Dare and that girls aren’t all that disgusting.

It’s simply the last grade where nothing but being a kid matters.

Dude, you followed everyone in the world’s advice and treated your junior year of high school seriously, leaving you with a 3.4 GPA, an acceptance letter to a perfectly decent state school, and an extreme hangover from “pushing yourself” the year before. With that out of the way, nothing matters anymore. Nowhere is there a grade so meaningless to your academic development and yet so meaningful to your social standing than one’s senior year of high school, a year that’s so mailed in that not even your teachers give a fuck.

Now reread that paragraph with Green Day’s “Good Riddance” playing in the background and revisit a happier time in your life.

(And after you graduate college, here’s what you’ve got to look forward to.)