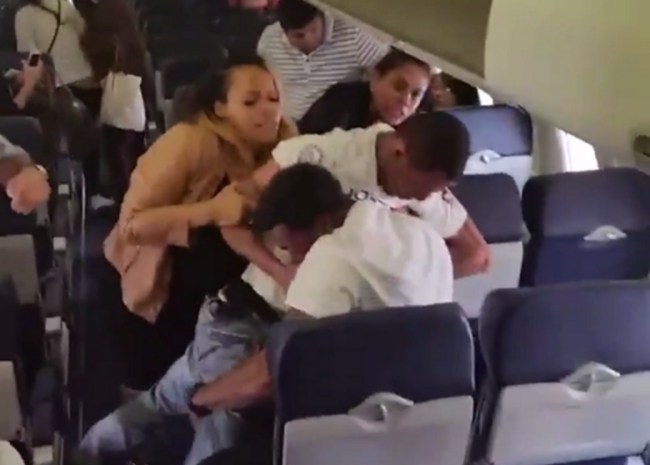 A day after there was a brawl at a Florida airport over canceled Spirit flights, another troubling airline altercation went down.

On Sunday, Flight 2530 arrived in Burbank, California from Dallas for a short layover before continuing on to Oakland. As the plane was taxiing to a gate at the Hollywood-Burbank Airport a fight broke out.

A woman and a flight attendant attempted to break up the brouhaha to no avail. Instead, they were both slammed into the seats as the brawl continued on top of them.

One man suffered minor injuries but took the next flight to Oakland. The other man was detained at the gate, arrested for misdemeanor battery, and booked into the Burbank City Jail.

Southwest released a statement where they thanked their employees:

“Our employees are our everyday heroes and are trained to de-escalate conflict while delivering heartfelt hospitality on nearly 4,000 flights to nearly the half-million customers who fly Southwest every day,” the airline said.

Can we just have a week where everybody is flying the friendly skies?