Isis Harambe Is This Chick’s Real Name, But It Wasn’t Weird For Her Until 2014 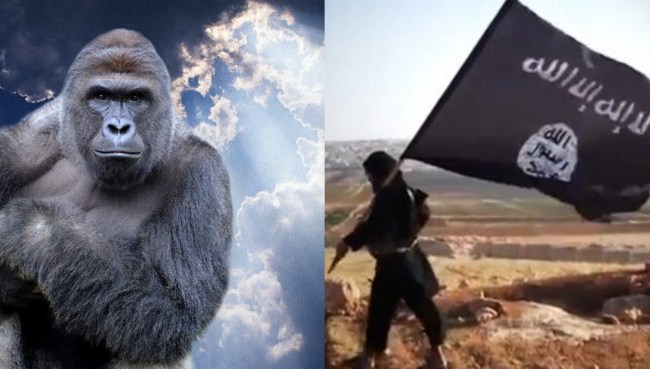 I have to assume that this chick woke up on the morning of May 29, 2016, the day after our beloved Harambe was shot and killed at the Cincinnati Zoo, and she wondered to herself ‘why me?!?!’ Her real name is Isis Harambe. Being named Isis is a pain in the ass in the modern age because of the ties to the terrorist organization/Islamic state. But, the name Isis isn’t exactly rare. I went to a ridiculously small private high school (28 people in my graduating class) yet there were still two girls in my school named Isis. Harambe, though, that’s some shit ass luck this girl has dealt with over the past year.

Thanks to a fine article over on the Daily Dot, today I learned that ‘Harambe’ means ‘Harmony’ in Swahili. As I’m sure you’ve gathered by now, this girl’s real name is Isis Harambe, and she’s gone viral in recent days after someone tweeted a photograph of her license:

I was talking to someone and didn't believe her when she told me her name. 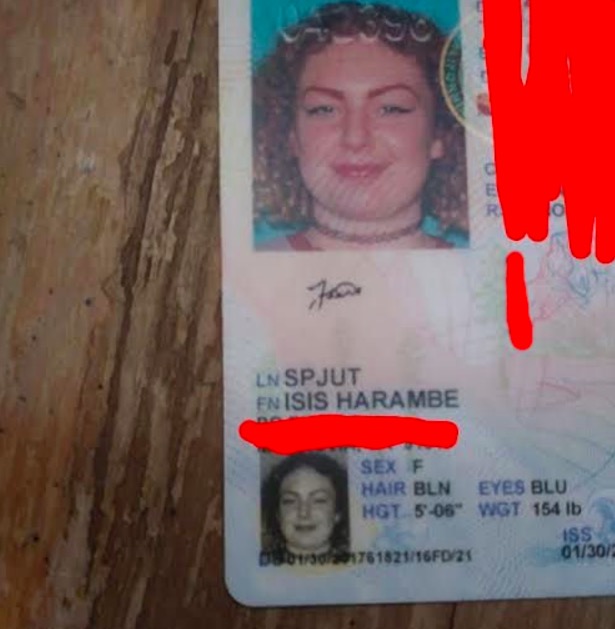 The internet called bullshit on this being her real name. Nobody was able to believe that this is legit. But my old colleague David Covucci tracked her down, the same David Covucci who tried out a bunch of bizarre Japanese sex toys for an article. Here’s what she had to say about her peculiar name:

“My parents, when I was born, they were both Rastafarians, and so my mom kinda picked my first name, and ‘Isis’ was a Bob Dylan song, along with the Egyptian goddess, and then Harambe means ‘Harmony’ in Swahili, and my Dad picked my middle name,” she explains.

Her first/middle names are Isis Harambe, not first/last, FYI.

According to David, the coolest thing about Isis Harambe is actually her last name of ‘Spjut’ which is an old Scandinavian word. I’ll let you click over to the Daily Dot to see what makes her middle name so fucking badass.