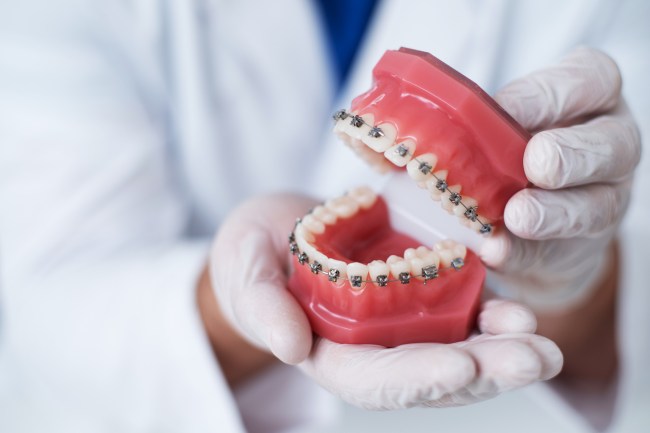 Fun Fact: If you say the word “moist” in front of a woman, any woman, she’ll cringe while also announcing her hatred of the word.

It’s true. The word moist is like the Jennifer Love Hewitt of the English language in that every woman in the world despises it but none can clearly explain why.

Now, there would then be two paths to go down once discovering this never-ending hatred for the word moist. You could get a little giggle about it and move on with your life or you can hunker down, do the work and get to the bottom of the phenomenon. Psychologist Paul Thibodeau and his colleagues took that second path and in 2015, did a study to get to the bottom of the rampant vitriol for such a harmless word.

According to the good folks over at Nautilus, Thibodeau and his team gave their test subjects a set of words and with those words in front of them, asked them to rate them. Specifically, they asked them to “rate how, whether, and to what degree, each word made them uncomfortable.”

According to their findings, “twenty-one percent of the people in the study had an aversion to the unloved word.” Thibodeau and his team found that “it turns out that the sounds don’t have much to do with that effect. Similar-sounding words, such as “foist,” did not generate the same reaction. Because those words also put your facial muscles in similar positions, we can also discount the disgust-facial expression theory.”

So what about the meaning?

“People found “moist” most aversive when it follows an unrelated, pleasant word, such as “paradise.” There seems to be a contrast effect going on here. “Moist” seems bad when following “paradise” but not when following a really negative word, like a racial slur.”

I would agree that if asked to go to a resort called Paradise Moist, I’d have my doubts. I would also agree that yes, moist is not as bad as a racial slur.

“Moist also didn’t seem so unpleasant when it followed words related to food, such as “cake.” In contrast, it provoked the most negative reactions when preceded by overtly sexual words (use your imagination). These results show that reminding people of certain meanings of “moist” can affect one’s disgust reaction to it.”

Maybe it’s just me, but using “moist” is really only acceptable if and when you are talking about cake. And I’m not even a scientist.

“Further analysis showed that “moist”-averse people also tend to dislike related words, such as “damp” and “wet,” showing further support for the idea that it’s the meaning, not the sound, of the word that’s setting people off. “Moist”-averse people also tended to have more general disgust reactions to bodily functions, suggesting that it’s the connotations with bodily functions and sex that sets people off.”

I don’t know, I still think the sound of the word has something to do with the hatred but again, maybe it’s just me.

And so in conclusion…

My two cents? People just love to hate on moist. But guess what? Moist don’t care. Moist will still show up on cake mix boxes and in episodes of Barefoot Contessa.

Now that we’ve got the whole moist thing wrapped up, ask your girl why she hates the word panties. And then ask her how she feels about the term “moist panties.” Watch her almost vomit.