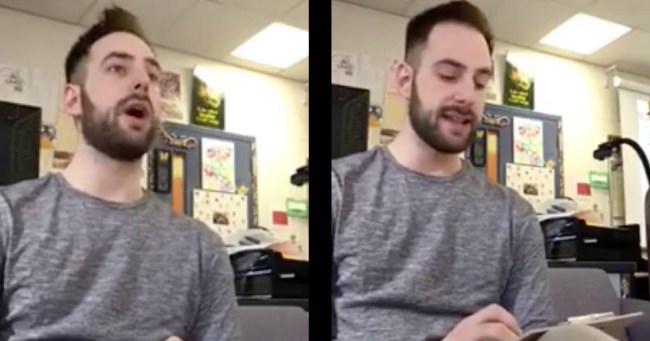 You know what’s awesome about being a full grown adult? No spelling tests. Obviously having a strong command of the English language is paramount for any professional career, but still — Not getting grilled over the spelling of words you never use is pretty damn great. Spelling tests were cruel.

Even though we’re still two days away, Michigan teacher Joey Dombrowski pulled the best viral April Fools prank we’ve seen so far this year. He made up a bunch of fake words and used them in a sentence as a noun, verb, or adjective and asked his kids to spell each one, despite being utter nonsense.

Too polite to challenge him, the kids went with it. That’s some A++ teacher trolling.