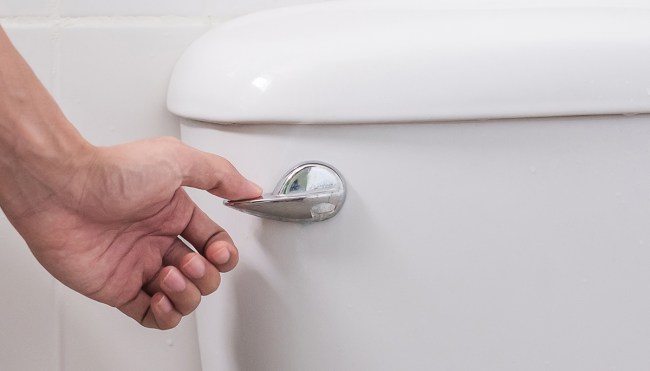 This isn’t the sexiest topic of conversation but it’s one that affects each and every one of us. We’re going to talk about poop, how you’ve been flushing the toilet wrong, and how this has caused your entire life to be covered in crap. I’m guilty of this and you are too. We didn’t know how our mistakes were causing our homes to literally be covered in feces, but here we are.

First off, let’s talk about the proper way to flush the toilet: with the toilet seat down.

Microbiologist Philip Tierno told Tech Insider: ‘It is a good idea to lower the seat, especially if the bathroom is used by multiple people.’

This is because aerosol plumes can actually reach a whopping height of 15 feet when the toilet is flushed.

What’s even more scary is the fact that these potentially infectious bacteria and viruses can reach far across the room and even contaminate places such as the nearby sink, the floor and even your pot of toothbrushes.

The microbiologist who specializes in poop stuff says that the proper way to flush the toilet, the way to prevent feces from spraying all over your house, is to flush the toilet with the seat down. If you are in a public restroom and there is no toilet seat they suggest you wait to flush until you’re exiting the bathroom stall to prevent your body from getting showered in poop bacteria.

Will flushing the toilet with the toilet seat down stop your entire life from being covered in poop? Unfortunately, that’s not likely.

According to this New York Post article, everything in the entire goddamn world is covered in poop. That’s right: literally everything; those dumbbells you use at the gym are dirtier than your toilet seat, and that’s deeply disturbing.