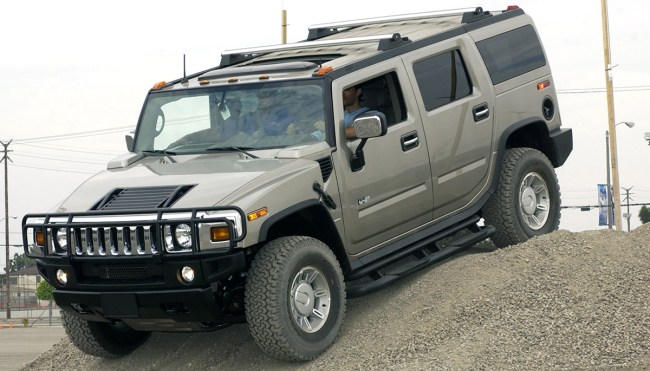 It wasn’t that long ago that the Hummer H2 was one of the most popular cars on the planet for Upper Middle-Class Americans who wanted to look like total dickheads on the road. Many of these H2’s are still around today, but you definitely don’t see nearly as many of them as you used to.

Why is that? Well, one man who had the chance to drive one has a pretty good breakdown.

The man in this video was given a budget to rent cars from Turo, which is essentially “Airbnb for Cars”; it allows you to rent outrageous cars for much cheaper than it would cost at Enterprise.

“Imagine a car that looks like a Ferrari but drives like the cart at the airport that takes (elderly) people to their gates.” That pretty much sums up what the Hummer H2 is in a nutshell. But his evisceration of the H2 goes much, MUCH deeper than that.