Are you looking for a new dumb gag to get the attention of lovely ladies? This gentleman may be onto something with his innovative introduction.

Joe Bagel, a 25-year-old freelance writer out of Montreal, utilizes poems to enchant lasses on Tinder. But not just any sappy, corny poem. On a Medium post, Mr. Bagel demonstrates how he engages female Tinder users with his eye-catching name poems. He takes letters from the name of the girl and creates a poem. This is called acrostics, for those in the know. He claims that he has a 100% response rate on the dating app due to the poems, and even had to turn some ladies away.

“It’s hard, because oftentimes girls will be so enamored with the poems that they’ll ask you out themselves,” Bagel said. “So I’ve had to be more careful about how many poems I send.”

Bagel states that his name poems have garnered 500 responses and 12 dates. 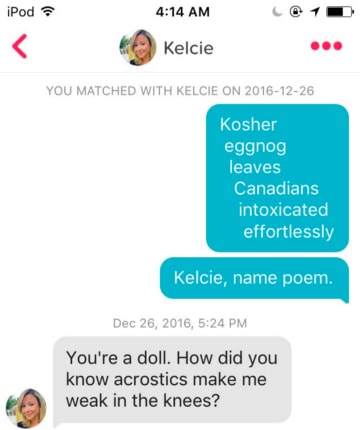 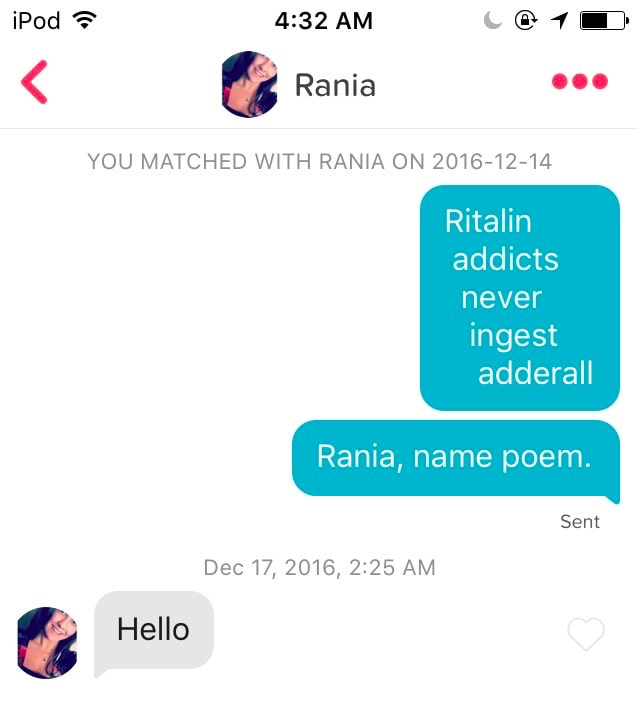 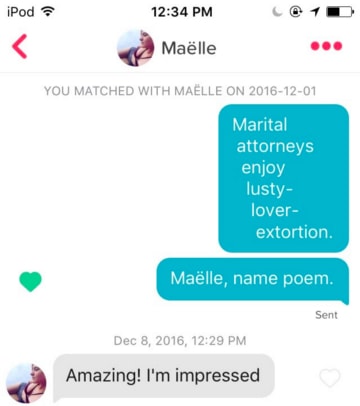 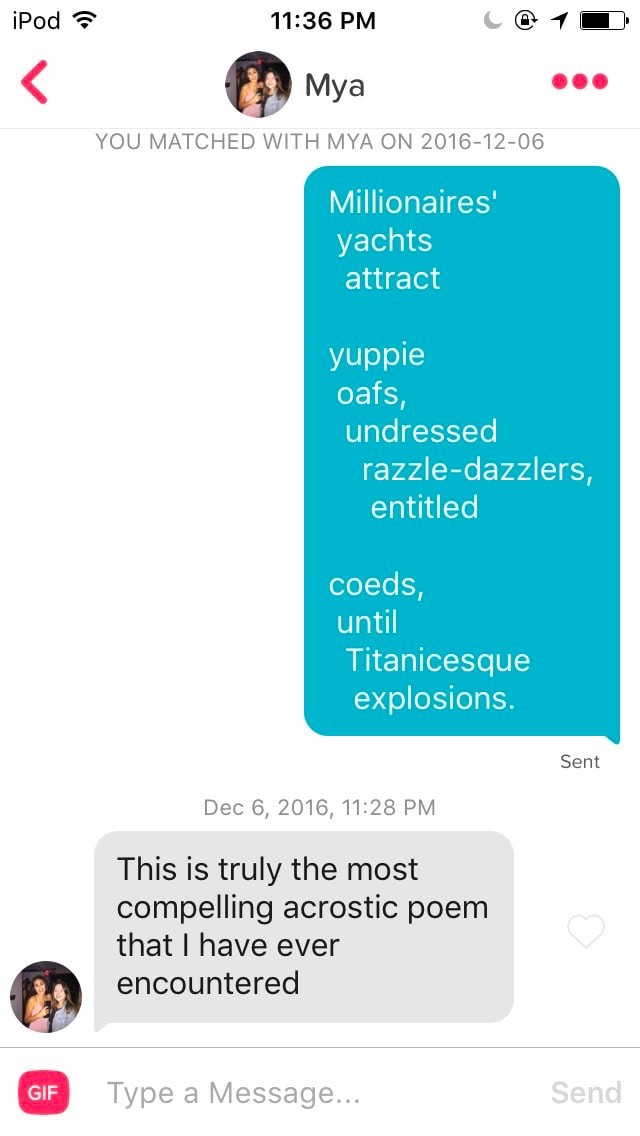 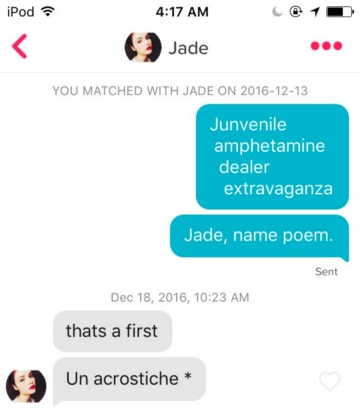 Try it out. It’s far superior than your, “You’re a termite, because you’re going to get a mouth full of wood tonight” sad pick-up line.

You can see more poems that you will steal and claim as your own here.