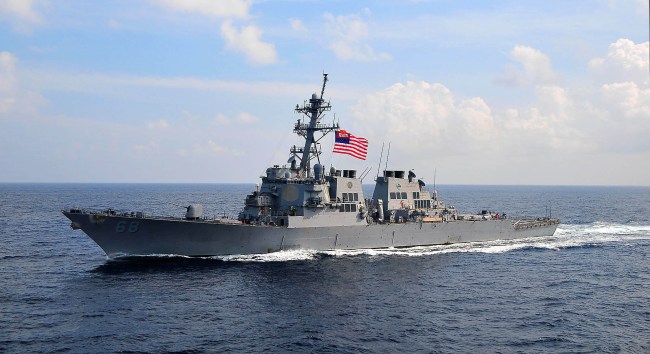 The USS Mahan established radio communication with the boats and requested them to slow down as they approached the destroyer. The boats did not slow down and continued to ask questions. The Navy destroyer fired warning flares and a U.S. Navy helicopter also dropped a smoke float. Those actions did not get the attention of the oncoming IRGC vessels so the Mahan fired warning shots. The Iranian vessels came within 900 yards of the Mahan, which was escorting two other US military ships.

This is similar to other white-knuckle situations on the high-seas in the Persian Gulf area. The most recent came in August when the U.S. destroyer Nitze fired warning shots towards an Iranian fast-attack craft that approached two U.S. ships and got within 300 yards of the American boats.

This comes only 11 days from when Donald J. Trump is inaugurated. In September, Trump vowed that any Iranian vessels that harass the US Navy in the Gulf would be “shot out of the water.”

“And by the way, with Iran, when they circle our beautiful destroyers with their little boats and they make gestures that our people — that they shouldn’t be allowed to make, they will be shot out of the water,” Trump said at a rally. 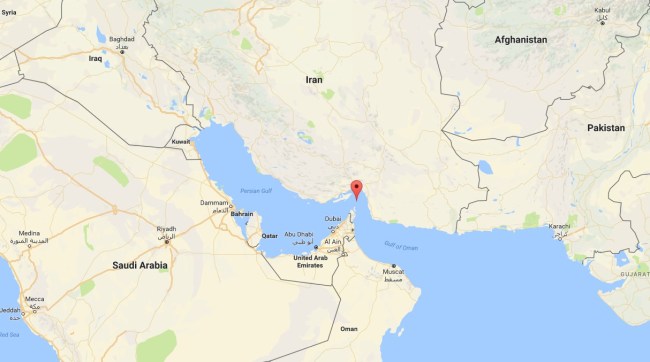