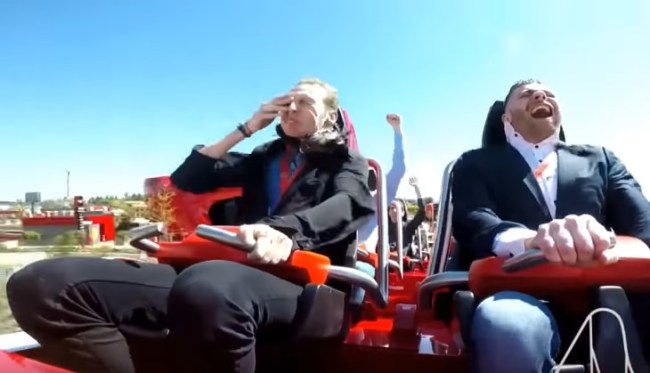 During a test run, a pigeon gets killed from the murder coaster when it slammed into the face and neck of a rider in the first row.

You know his friend was like, “We GOTTA sit in the front! It’s so much faster!”

Great job by the guy to brushed off the dead pigeon off him and enjoy the rest of the ride. When life hands you a dead pigeon, make pigeon bloodade.

He handled a pigeon exploding on his face (Phrasing!) much better than Fabio did.