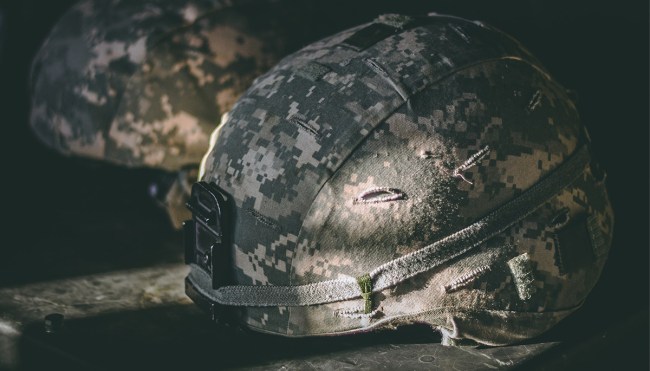 So, you have made your decision; you are going to join the military.

It’s (hopefully) not something you didn’t think about a bit, but regardless of the reason you’ve chosen to enlist—to serve your country, because you can’t afford college, you want to travel the world—you’re definitely going to want to make sure it’s the right call before you get shipped off to boot camp and realize that maybe the military isn’t for you.

There’s also a chance you’re still on the fence if you’re reading this, but no matter where you’re at, it’s not going to hurt to check out this list of pros and cons put together by a service member who is very familiar with all of them.

Now, it’s worth noting this doesn’t take EVERYTHING you may encounter into consideration, but it’s still a very solid summary of the things you need to take into account. 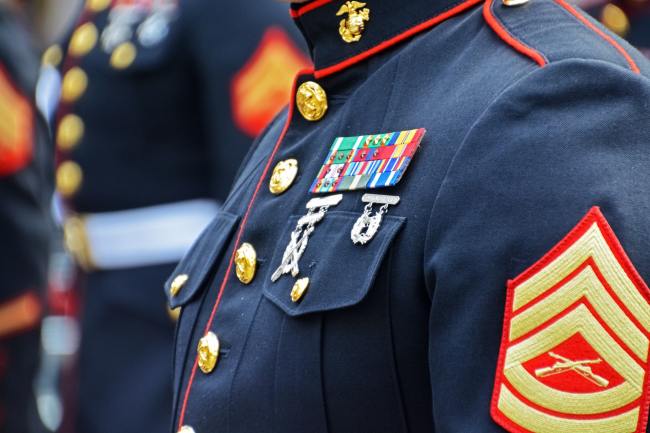 If you can’t afford college and don’t want to have those horrible student loans hanging over your head, then the military is a good way to go.

The Post 9/11 G.I. Bill will not only pay for your education while you are on active duty, but it will also pay for college AND rent after you get honorably discharged. That’s not all: if you decided to extend your contract during your enlistment and lose interest in school, you can transfer your G.I. Bill to either your spouse or children as long as you complete 10 years of active duty , which is pretty badass.

Nobody ever became a millionaire by joining the military, but you can always take pleasure in the fact that no matter what, that check will ALWAYS show up in your account on the first and the fifteenth of every month (since I joined there have been two “scares” of the government shutting down and there was a rumor going around that we might not get paid that month. On both occasions, however, we got paid).

If you are married or have a high enough pay grade, you will have the option to live in town on the government’s dime. They will pay for your rent and give you a set amount of money to cover utilities—and if you don’t use 100% of that utility money, you get to keep the leftovers.

You also get something called “clothing allowance” every year which is supposed to be for your uniforms, but nobody ever uses that money for uniforms since you should already have everything you need.

The average paid vacation and paid holidays provided to workers in the U.S. is around 16 days. But guess what? In the military, you earn 2.5 days of leave every month, which translates into 30 days of paid vacation time a year.

You are also given FREE leave days for house hunting when you arrive at a new duty station or when you have a child (whether you are the mom or the dad). Plus you can accumulate up to 75 leave days and as long as your command allows it, there is nothing saying you can’t take all of those days in one year.

One of my favorite perks of being in the military is the military discount. In my experience, most places do it, and the ones that don’t will usually change their policy on the spot if you ask. How can you say no to someone who is serving their country? Also, on my first flight after boot camp, I was wearing my dress uniform and was not only waved to the front of the line but got bumped up to first class.

Speaking of flights, let’s say you want to fly somewhere but don’t want to pay for a flight. All you have to do is find the nearest MAC flight (military flight) and sign up. As long as there is space available, you will be given a seat. However, military flights are not guaranteed and there is a chance you will get bumped off your flight, so always have a backup plan.

Ever get injured and not called an ambulance because it’s way too expensive? Well, active-duty military doesn’t have to pay for that. Roll your ankle at PT? The ambulance will pick you up free of charge. Need your wisdom teeth pulled? The military has that covered too.

So you feel free to drive fast and jump off of roofs or whatever you’re into, because as long as you survive, they will fix you for free.

Every job in the military has different levels of training. Obviously, someone in special operations is going to have more training than the guy cooking minute steak at the galley.

But either way, everyone in the military gets a good amount of training that will someday benefit them after they get out (and from what I hear, prior military never looks bad on a job application).

Since joining, I have been lucky enough to be stationed in both Europe and Asia. Although I do regret not traveling more, I have seen plenty of badass places that I never would have been able to afford to visit had I not joined the military.

Each branch is different as far as travel goes; I knew a guy in the Army that was stationed in Kentucky and absolutely hated his life. The Navy has bases all over the world (not to mention ships that have port visits in places like Thailand, Australia, and South America), and when the military gives you orders to somewhere new, they pay to have all of your stuff sent to your next duty station.

Maybe I am a little biased, but in my opinion, if you want to see the world then you should join the Navy.

However, before you decide on anything, make sure you read the cons list. 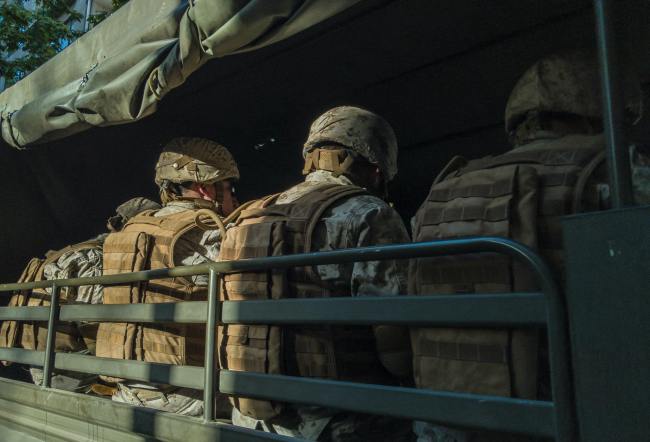 Wait, wasn’t this a pro?

Although it sounds pretty good, you have to remember that most of these doctors and hospital workers are in the military too. What does that mean? Well, that means that if that doctor wasn’t paying attention during your surgery and accidentally sews you up with a few medical tools still in your torso and you somehow survive, you can’t sue.

You get what you pay for, and since you didn’t pay for anything, you’re not really entitled to much.

This is one thing that will piss you off the most. Your age is not the same as your rank. It doesn’t matter if you work for a total idiot: if he or she is of a higher rank than you, you better listen to them.

As long as whatever they are making you do is a lawful order, you have to do it. It doesn’t matter if you are a 25-year-old who joined the military later in life. If that 22-year-old is a higher rank and is telling you to do something dumb as hell, you still have to do it.

Don’t feel like being in the military anymore? Too bad. You signed a contract and you will complete the years of service that you said you would.

Although there are ways to get out early, most of them involve jail time or a dishonorable discharge, two things I don’t think you want.

Want to call in sick? Nope, your ass better show up to work and then go to medical during the allotted sick call hours and hope and pray that those “highly trained” service members at the hospital say that you need to miss work. If they decide you are not sick or injured enough to miss work, you will go back to work.

This can also be somewhat of a pro. You join the military and you and the people in your unit become somewhat of a family. It is a brotherhood mentality that involves taking care of one another and watching each other’s backs. It can turn into a negative thing, however, when people who should be looking out for you are the ones sticking the knife in your back. You must be careful, and not trust everybody who comes at you with a smile, because that is exactly how they will get close to you in order to tear you down.

One team, one fight always comes into play when one person in your unit screws up. Some guy at your command, who you don’t even know, gets a DUI over the weekend and everybody pays for it. Suddenly, the command is conducting mandatory DUI training for everybody EXCEPT for the dude that got the DUI.

One guy does something stupid and everyone is treated as if they made the same mistake.

5. You Are No Longer An Adult

Want to get married? Better ask permission. Trying to go on leave to a foreign country? Get ready to jump through a million hoops.

Thinking about getting a motorcycle? Start researching all of the stupid ass courses required before the military gives you the OK. That free college you were told about? You have to get it approved before you can sign up for classes.

It’s almost as if they don’t trust you to do anything on your own. Want to go out and drink all night? Well, a lot of overseas commands have curfews based on your pay grade, so your ass better be back inside your house before the freedom clock runs out of minutes and you find yourself arrested by military police.

The military seems to always want to know everything about you and what you do. And who can blame them? After all, they did pay for all that expensive training you went through so it makes sense that they want to protect their investment. It just gets annoying sometimes.

That awesome Bob Marley t-shirt you have with a huge picture of a pot leaf on it might as well be turned into a rag, because that is the only use you are going to get out of it since you joined the military.

The military has regulations on everything involving personal grooming from how long your fingernails can be to what diameter your earrings have to be (assuming you’re a woman). You are also technically “required” to route a request before you get a tattoo, explaining why you want to get the tattoo and where it will be on your body (tattoo must not be visible while in uniform).

7. Being Far Away From Friends And Family

Being stationed in another part of the world can suck at times. You will miss a lot: birthdays, holidays, weddings, births, and even deaths.

When you do go home on leave after being away from your friends and family for long it is kind of awkward. Suddenly you realize that your best friend growing up isn’t really your best friend anymore. You come home thinking that the world you left behind suddenly stopped without you, but it didn’t. Everybody has to move on, and after a while, the people that were your closest friends growing up are almost like strangers.

It’s also not easy living in different time zones while keeping in touch with everyone back home. And unless you take leave, you will work on Christmas and every other holiday that you are scheduled to.

So there you go, the biggest pros and cons of being in the military, according to me. For me, the pros far outweigh the cons and I am glad that I chose to join the military. Hopefully this what helpful.