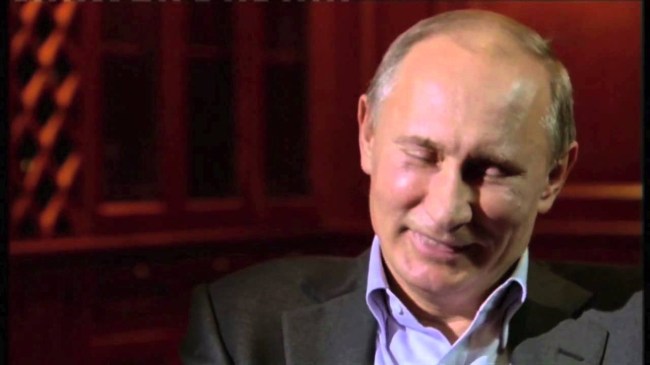 Since November 7, there’s been much speculation that the Trump campaign colluded with the Russian government to interfere with the 2017 presidential election. A claim that White House Press Secretary Sean Spicer has recently rebutted by saying, “I think there’s probably more evidence that CNN colluded with the Clinton campaign to give her debate questions than the Trump campaign gave any kind of collusion.” The lack of real evidence and not anonymous hearsay has not stopped the mainstream media from reporting that Russia hacked Democratic National Committee emails and then leaked those emails, which nobody has disputed the veracity of the leaks. This week, Russian President Vladimir Putin said he was “confident” his country did not interfere in last year’s presidential election and when asked vehemently said, “Read my lips: No.” Now Russia is trolling everyone hard with a cheeky voicemail prank for April Fools’ Day.

On Saturday, Russia’s foreign ministry proposed a universal voicemail message for all answering machines at Russian embassies. The audio posted to their social media accounts begins in Russian and then is translated in English.

“You have reached the Russian embassy, your call is very important to us. To arrange a call from a Russian diplomat to your political opponent, press 1. To use the services of Russian hackers press 2. To request election interference, press 3 and wait until the next election campaign. Please note that all calls are recorded for quality improvement and training purposes.”

The Associated Press says an unidentified duty officer at the ministry confirms the foreign ministry post is an official joke.

Pretty hilarious stuff considering it’s a prank by the Russian government to exploit the overwhelming paranoia and hysteria bordering on McCarthyism that has gripped many pundits, politicians, and American citizens.

In 2017, political power seems to be derived from trolling and memes.