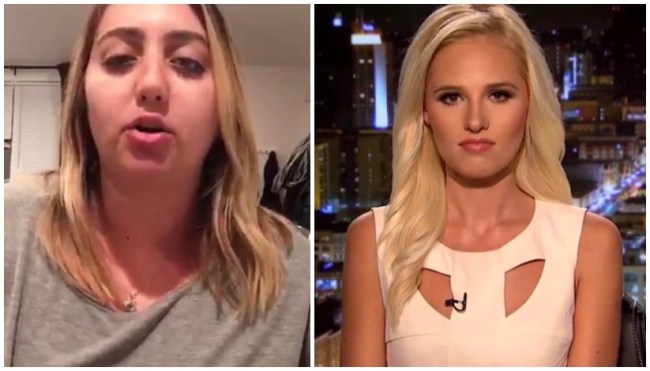 Hell hath no fury like a Tomi Lahren rant. When you’re in her conservative crosshairs, watch out: She will go scorched earth on you faster than you can throw out a lame Tammi insult.

Watch enough Tomi rants, however, and you’ll notice how her outrage has a very specific reactionary rhetorical formula. The repetitive format of her rants makes for wonderful parody, specifically when it comes to subjects that Tomi would never tackle. Like kale, a garbage-tasting green vegetable beloved by left elitists who lunch at Sweetgreen.

Over on Twitter, singer/songwriter Madison Lawrence perfectly mocked Tomi Lahren’s outrage by zeroing-in on kale. She even does a “Live from Dallas” sign off at the end. As far as viral parodies go, it’s a lay-up:

me: I love kale

The left is full of pseudoscience. Kale is dirty iceberg lettuce. #FinalThoughts https://t.co/FMdKjo0yGl