How Safe Is Vaping Compared To Smoking? Here’s What The Science Says 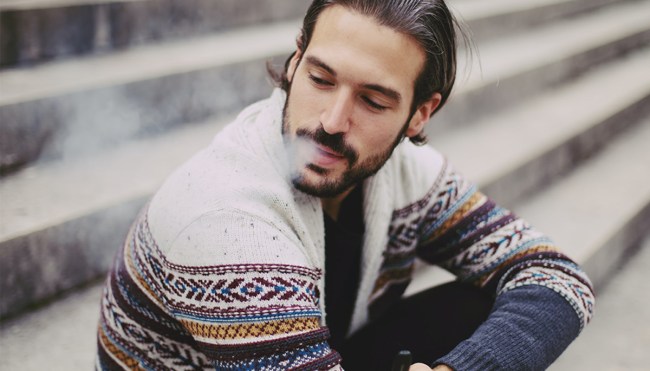 By now, it’s hard to imagine there are many people on the planet who aren’t aware smoking cigarettes is a really, really, really, ridiculously bad habit based on the mountain of evidence chronicling the negative side effects that tend to accompany filling your lungs with tobacco smoke on a regular basis.

As a result, vaping has become an increasingly popular way for people to get their nicotine fix. However, the fact that it’s a healthier alternative doesn’t necessarily mean it’s an entirely healthy one.

There’s been plenty of research exploring the potential dangers of e-cigs and vapes.  A study conducted by the American Physiological Society stated the nicotine-free solutions used in vaporizers include still contain substances that can harm your line (acrolein was one of the major culprits), while another found e-cigs have alarmingly high levels of the carcinogen formaldehyde.

We’ve also been treated to some more info courtesy of the informed folks over at ASAPScience who put together a video to compare smoking and vaping and explore the harmful effects of each.

While vapeheads are going to argue that the video is “propaganda,” ASAPScience did seem to stress that vaping is safer than smoking. However, there definitely are some health risks associated with the nasty habit. As they note:

The video does bring up a valid point that the lack of regulation concerning the additives in e-cigarette solutions, which includes potentially dangerous ingredients such as diacetyl (which scars the lungs). Many countries that produce those substances don’t exactly have a sterling reputation when it comes to prioritizing prioritizing the safety of a product above making a profit, and it’s hard to imagine they’re going out of their way to make an exception for this particular case.

The video also points out that vaping is a relatively new phenomenon, which means it’s also difficult to determine if there are any serious health hazards over a long period of time.

So, yes, you can switch to vaping and save your lungs from the abuse they’re subjected to when you smoke cigs. However, it seems like the best approach is to save your lungs and your wallet by kicking both habits to the curb.