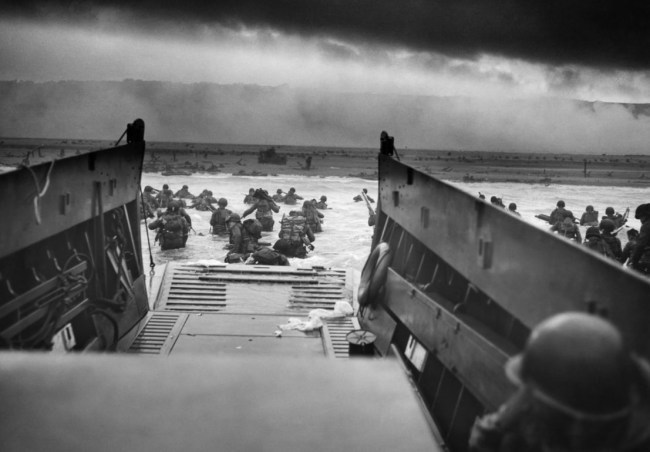 On this day, 73 years ago, on June 6, 1944, Allied Forces invaded the coast of Normandy, France where Germans had powerful gun emplacements located on high cliffs overlooking the beaches. D-Day, known as Operation Overlord, was the largest air, land, and sea operation undertaken of all-time and included over 5,000 ships, 11,000 airplanes, and over 150,000 service men. Despite being openly exposed to the hailstorm of gunfire and artillery from the wall of Nazi fortifications, 24,000 American, British, and Canadian supremely brave soldiers stormed the beaches of Omaha, Utah, Gold, Juno, and Sword. The heroic soldiers willingly invaded the beaches that were littered with dangerous obstacles such as metal tripods and barbed wire all while bullets whizzed by their head and their compatriots dropped dead all around them.

During the D-Day invasion, Allied Forces suffered nearly 10,000 casualties; 4,414 confirmed deaths, of which 2,499 were American. That is more American deaths in one day than the recent 13-year war in Afghanistan from 2001-2014. Those are staggering figures, yet they pale in comparison to the shocking amount of deaths from the entire cataclysmic World War II.

There are estimates that between 60 million and 70 million people were killed during World War II, which was about 3% of the world’s population in 1940. More people died in World War II than any other war or atrocity in history even ones that lasted decades longer than WWII.

Since most minds can not process the exasperating number of deaths, this eye-opening video breaks down the unholy amount of people that died during World War II. This animated video titled “The Fallen of World War II” features astonishing visualizations in an attempt to break down the massive loss of human life over six years and one day. The country that had the most casualties was Russia, which is said to have lost between 8.7 million and 14 million. You can see more on “The Fallen of World War II” here.