Scientist Breaks Down The Reasons Doritos Taste So Damn Good 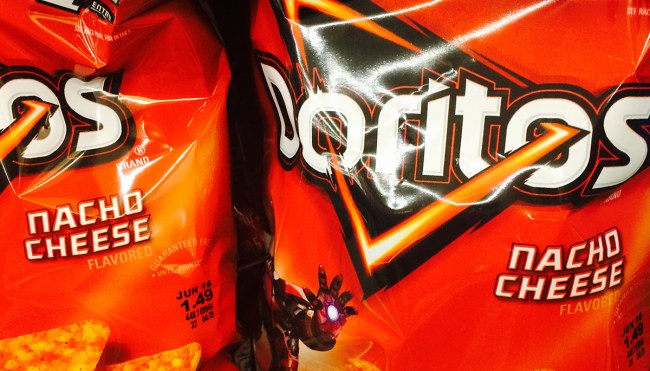 The companies behind some of your favorite snack foods have spent decades using their borderline addictive properties as a marketing tool, whether we’re talking about Lay’s bragging about how it’s virtually impossible to “eat just one” of its potato chips or Pringles promising “the fun don’t stop” until you consume an entire can after opening it.

There’s evidence that suggests those brands know exactly what they’re doing, as research has found junk food can trigger certain pleasure centers in the brain that make it hard to stop going back for more.

That would also appear to be the case with Doritos, as The New York Times sat down with Steven A. Witherly for a chat where the food scientists outlined the specific ways the chips (specifically of the Nacho Cheese variety) are able to play your brain like a fiddle.

Here are the five major reasons they’re so addictive:

1. The melting sensation has a “vanishing caloric density” that delays the “feeling of fullness.” In other words, this is why you can binge on an entire bag without feeling full… until about an hour later, when you feel like shit.

2. Nacho Cheese Doritos deliver half its calories through fat, which is not experienced as a basic taste. Instead, the fat in food tingles “the trigeminal nerve,” which goes straight to the brain’s pleasure center.

3. The way the Nacho Cheese is blended is super-fine, meaning it creates a “gold dust” that “maximizes the amount that will contact saliva.” So licking your fingers sends a mega-flavor orgasm to the brain.

4. The blend of romano, garlic, and salt is scientifically enhanced to increase flavor. Romano is heavy in amino acids (“to convey a brothy flavor”), garlic causes flavor to linger in a process known as “umami,” and salt is what stimulates that pleasure center of the brain to make it all happen.

5. MSG, a.k.a. monosodium glutamate. This is the ingredient used widely in processed foods that causes the “brain to sizzle” when mixed with salt. It’s basically an explosion of the existing flavors of the chips (there are also MSH nucleotide derivatives called “disodium inosinate” and “disodium guanylate” that make things full-nuclear in your mouth).