Los Angeles Officially Has The Worst Traffic On The Planet And These 4 Other U.S. Cities Cracked The Top 11 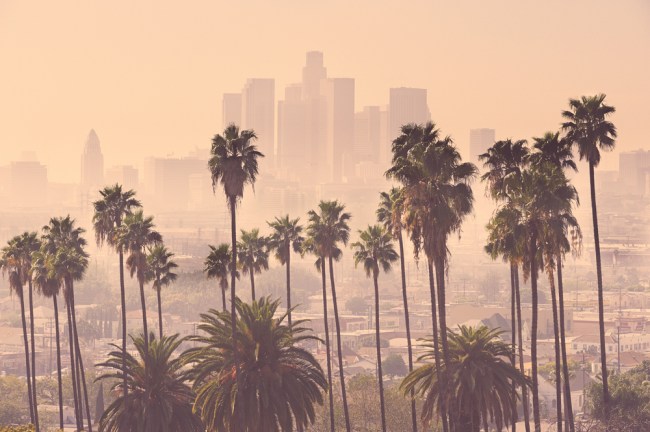 I can’t really explain why we as a society are so obsessed with talking about how shitty the local traffic is, or what the weather’s expected to be for later. But the fact remains, we get our jollies off in discussing how awful traffic is, and I’m here today to do exactly that.

Angelenos practically wear their god awful traffic as a badge of pride. There have been SNL skits poking fun at how traffic-obsessed Californians are. And if you’ve ever been unfortunate enough to share a room with someone from Los Angeles you undoubtedly got sucked into a conversation with them one-upping you and talking about how L.A. is home to the worst traffic on the planet. Well, they’re right. For year of 2016, Los Angeles did actually have the worst traffic of any city on planet earth.

But Angelenos don’t get own the ‘we have shitty traffic’ attitude because FIVE cities in the United States cracked the top 10 for ‘worst traffic in the world’. These rankings were published in an annual Global Traffic Scorecard by INRIX, and ‘worst traffic’ is measured by the total number of hours an average commuter spends in traffic throughout the year. Yes, Los Angeles is the worst place to drive but NYC isn’t far behind.

Expanding the list a little bit we see NINE American cities in the top 20, this is fucking unacceptable:

Frankly, from everything I’ve seen/been told about India I expected to see several Indian cities amongst the top 20 but I guess there really aren’t that many commuters there getting to work via automobile? Or everyone who has ever visited India is lying to me and it’s actually a great place to commute?

According to LAist, the average American commuter spent 42 hours stuck in traffic during 2016 and this cost their employers an average of $1,400 in lost productivity….There are more than 330 million Americans, so I’ll let you bros do the math on that and decide for yourselves if something needs to be done about the shitty as traffic situation in America.