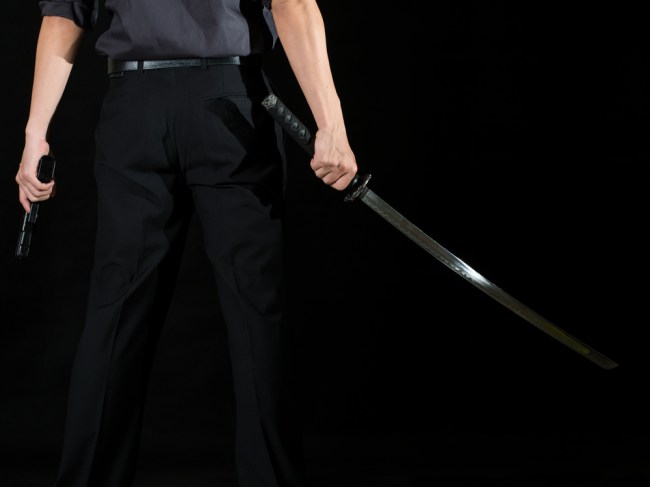 Satoru Nomura stands accused of ordering a hit on his nurse back in 2013, an attack that the woman was unbelievably fortunate to escape from with her life. She was stabbed in the neck, chest, and head while walking down the street and 70-year-old Satoru Nomura, Japanese crime boss and senior member of the notorious Yoshinobu Nakata branch of the Yakuza, is said to have ordered the nearly fatal attack on her after some botched dick enhancement surgery.

Yes, you read that right. He allegedly ordered a hit on his nurse after undergoing botched penis enlargement surgery.

FUKUOKA (TR) – At the opening on Monday of a trial for a former member of the Kudo-kai organized crime group accused in the stabbing of a female nurse four years ago, the prosecution said the hit was ordered by the gang’s top boss after he became dissatisfied with a cosmetic surgery procedure, reports the Asahi Shimbun (Feb. 20).
In an opening statement at the Fukuoka District Court, the prosecution said that Satoru Nomura, the 70-year-old top boss of the gang, ordered former member Yoshinobu Nakata, 41, to stab the nurse after a failed penis enlargement surgery conducted at the clinic where she worked.
…
…
…
According to the indictment, Nomura underwent penis enlargement surgery and a hair removal treatment at a clinic in Kitakyushu, Kokurakita Ward in August of 2012. Nomura then got into a dispute with the nurse after suffering postoperative difficulties.
Two days after the stabbing, Nomura underwent an examination at the same clinic. During the visit, he mentioned the stabbing without stating the name of the nurse. “If a person causes damage, well…some things cannot be helped,” he told a person at the clinic. via Tokyo Reporter

I don’t want to speak too bluntly about this 70-year-old Yakuza crime boss and his tiny pecker because I’m not in the habit of making fun of old men or connected mafia crime lords. But, I think we can all agree that botched dick surgery is no reason to have someone stabbed on the street. If you’re insecure enough to pay for cosmetic surgery to have your dick made larger then you should AT THE VERY LEAST accept the consequences when something goes awry and you wake up with a dick that’s still tiny.

This court case is fascinating, though, and this ‘hit’ isn’t the only one that Satoru Nomura stands accused of. To read about his other alleged mafia hits you can CLICK HERE to head on over to VICE.