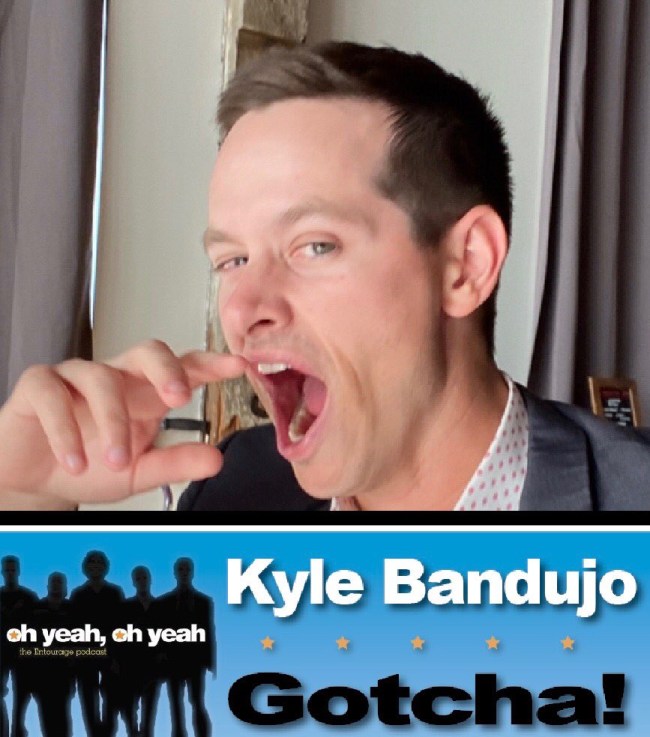 This episode is brought to you by CBDEE.com, the world’s largest one-stop shop for all your CBD needs. (They’re like Amazon for CBD.)

Last week we discussed one of the worst characters in ‘Entourage’ history in the form of predatory TV writer Jay Lester. This week, however, we had a showdown between two incredible celebrities of the early 2000’s in the Season 3 episode Gotcha! which I broke down on my weekly ‘Entourage’ podcast Oh Yeah, Oh Yeah.

My guest this week was Kyle Bandujo, the host of Big Screen Sports, a weekly sports movie podcast breaking down the authenticity of our favorite sports movies. Kyle and I go way back, and we had way too much fun talking about the two celebrities in question, Chuck Liddell and Artie Lange.

Liddell, who was at the peak of his career in 2007 when this episode aired, surprisingly carried a lot of this episode. More than a one-shot cameo, he’s in a few key scenes and delivers a performance that ages surprisingly well.

Artie Lange on the other hand, plays a much more subdued version of himself in the form of Ari’s former frat buddy Scott who hit it big with a dot.com deal and is now making Ari Gold Superagent jealous.

Lange has made waves these past few years with his stints in and out of rehab and his interesting new “look”. If you’re a fan of the Joe Rogan podcast, I highly recommend checking out his episode from a few weeks ago, when he told some flat out wild stories.

Needless to say, both Lange and Liddell’s appearances on ‘Entourage’ were very good in this one-off departure episode from Season 3. Kyle and I agreed however, that it was Liddell who won the episode outright. Gotcha, John.

Make sure to subscribe below for weekly audio Entourage content, and leave a 5-star review if you’ve been enjoying the show! Thanks!