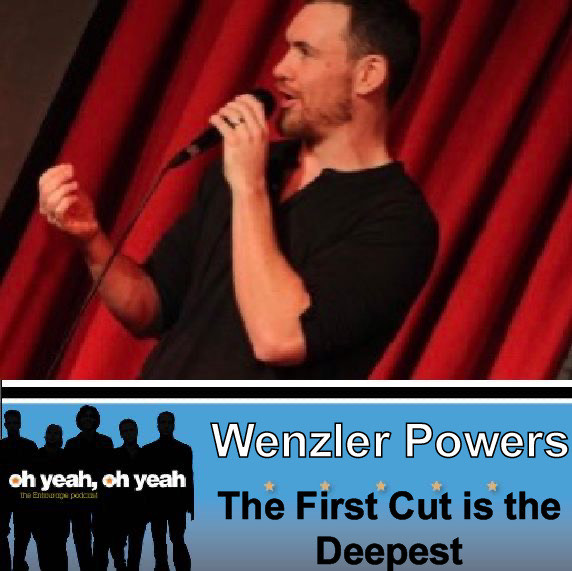 My favorite kind of guest to have on Oh Yeah, Oh Yeah: The Entourage Podcast is a comedian, for a number of reasons. One, the funnies, obviously. A comedian will come to the episode ready to riff and play with the medium. And two, they get it. This podcast is a fun walk down memory lane as opposed to an academic viewing of a show that went off the air nine years ago.

Someone told me that Harry Potter is supposed to take place between 1991 and 1998 which is ridiculous because not once in seven books does a single character say, “Man the Chicago Bulls are having a hell of a run huh?”.

This week, Wenzler and I discussed “The First Cut is the Deepest”, the second episode of Season 4. It’s main focus is of the slow unraveling of Director Billy Walsh’s psyche, and Vince and E attempting to track him down in an attempt to see a first cut of ‘Medellin’.

Wenzler and I had a blast talking about hosting house parties, ex girlfriends that remind us of Billy’s gf Kat, and randomly the 2007 NBA Draft. Hit the subscribe button below to never miss an episode on Monday mornings and don’t forget to leave us a 5-Star review if you’ve been enjoying the pod so far!